How an Edmonton Organization is Making Gaming More Accessible

Edmonton Community MeetUp Powered by Twitch considers itself the premier destination for Twitch streamers, viewers and other content creators to gather, socialize and collaborate in Edmonton. Helping women feel part of the larger gaming community was one of the primary goals.
By Renato Pagnani | June 1, 2020 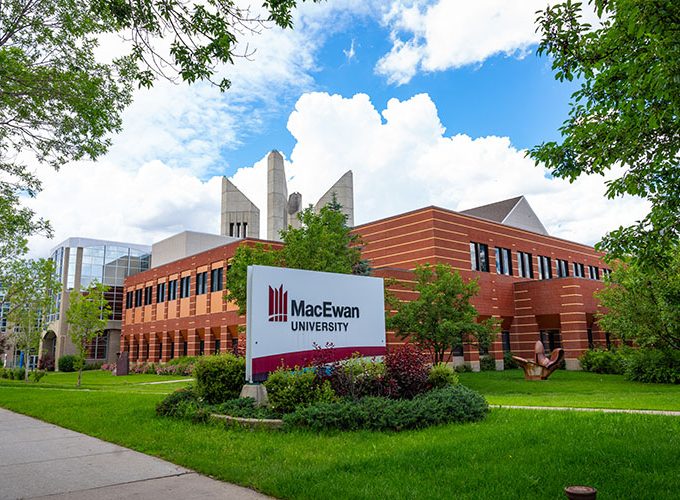 Sponsored Co-op Programs Give Students a Career Head Start “Here’s 50 million dollars. You’re responsible for spending it.” That’s how Terry Nguyen sums up the unexpected level of responsibility he was trusted with when he took a job placement at a large energy company as part of the co-op stream of MacEwan University’s Bachelor of Commerce. Read More

Gaming has historically — and somewhat stereotypically — been thought of as a hobby dominated by men. The statistics, however, tell a very different story: According to a 2015 Pew Research Center study, 48 per cent of women in the United States report having played a video game, even though only six per cent identify as gamers, compared to 15 per cent of men. So, while it’s clear that women account for essentially half of all gamers, few women consider that a part of their identities.

But organizations like Edmonton Community MeetUp Powered by Twitch are looking to change that. The group, established in 2017, considers itself the premier destination for Twitch streamers, viewers and other content creators to gather, socialize and collaborate in Edmonton. And helping women feel part of the larger gaming community was one of the primary goals.

“We’re a women-led organization,” says Community Manager Rebecca Deveau. “We work closely with a number of other women-led groups in town. We really believe that games should be accessible to everyone. The industry has shifted a lot over the last decade, and we want to be a voice for the people who are coming up through the ranks so they can get into contact with the people who will help them grow their talents.

“We’re really plugged into the game development community here in Edmonton,” she continues. “Our meet-ups usually are a nice blend of content creators, those who play games and stream themselves playing those games, and those involved in the actual production of those games.”

Prior to COVID-19, dedicated volunteers organized two major social events per year as well as smaller monthly meet-ups. Their first event in 2017 drew around 40 people. As of 2019, events easily eclipsed 200 participants. The group has had to find bigger spaces to accommodate the increasing numbers several times. It has since partnered with GRETA Bar, a space that will allow it room to grow going forward.

In addition to the social events, Edmonton Community MeetUp Powered by Twitch and the Hype Squad also produce a podcast, manage a stream team and lead community initiatives with fundraising for Extra Life, a non-profit initiative that raises money for the Stollery Children’s Hospital primarily through a 24-hour gaming marathon held annually.

“We try to reach out to members of the community who might be circling on the outside and want to get involved but aren’t sure how to,” says Deveau. “We don’t want gender to be the barrier that stops someone from exploring their passion. Games are for everyone.”