The river valley convinces a historian to build her home here
By Catherine C. Cole | September 1, 2013 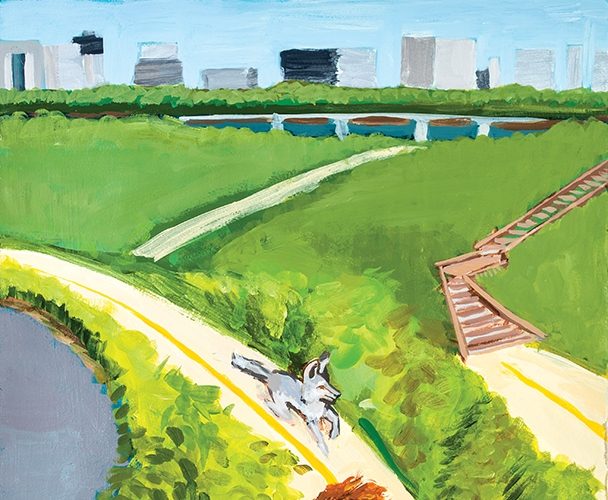 Culture #YEG: Running Wild in the Valley Adventures in the river valley stay with us long after we’ve grown up. Read More 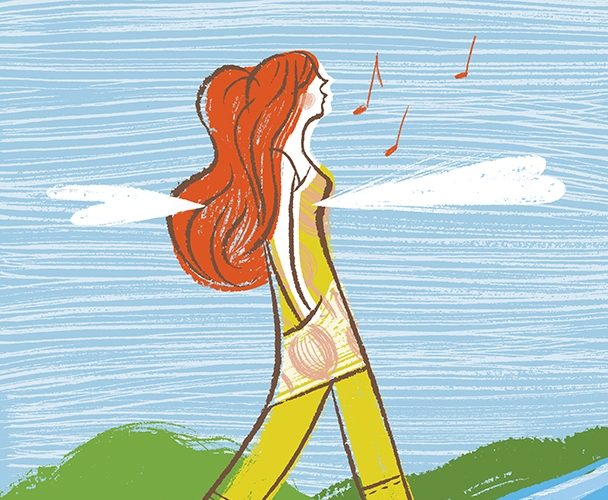 Culture #YEG: Sole to Soul Walking around the city inspires a soundtrack for life. Read More

A dog park in the river valley is my favourite place to let my mind wander, free of interruptions. The park is a place to be alone and commune with nature or to connect with family and friends. It’s a place where it’s safe to talk to strangers, to meet new people and become friends for an hour’s walk.

I have two dogs. The advertisement was for chocolate/golden/Chesapeake Bay retrievers, but they sure look like black Labs to me. When the ice starts to break up in the spring, I walk the dogs away from the river so they aren’t so tempted to swim. But the moment the water’s free, off they go. The first time they went swimming, when they were puppies, I was a little nervous. It was a beautiful Easter Sunday six years ago and I lost sight of Duke for a minute in the crowd.

I was calling his name and soon heard someone else calling “Duke.” When I turned around strangers were congratulating him. He earned the nickname “Duke the Wonder Dog” as he dove in to retrieve a man’s wallet that had fallen out of his pocket.

We joke about the inseparable womb mates, Abby and Duke, joined at the stick as the two happily swim (or run), sharing their treasure, oblivious to the laughter of everyone around them. Holiday weekends bring out huge numbers of families and dogs and I feel like we’re part of a parade. Everything smells so fresh in the spring.

In summer, the river provides a respite from the heat and it’s wonderful to paddle (or float) down from Devon, enjoying a unique perspective of the city – people swimming with horses, panning for gold, camping. With nothing but the sound of birds breaking the silence, I try to imagine what the area was like before settlement, for early First Nations people and voyageurs as they navigated the river.

The dog beach becomes a cacophony of splashing, barking, running and shaking. In fall, I enjoy the colours until the first big wind sends them flying and then I listen to the leaves crunch underfoot as I walk along. In winter, the dogs nudge me out on the coldest days and we enjoy the silence and the odd nod to other hardy dog walkers.

Catherine C. Cole is an historian and cultural consultant who works throughout Canada and around the world. She writes about Western Canadian social history and museology. Her most recent and multiple award-winning book GWG: Piece by Piece, a history of Edmonton’s Great Western Garment Company, was published by Goose Lane Editions in 2012.