Edmonton author takes a stroll in the park and explores some of the local wildlife.
By Greg Hollingshead | July 1, 2012

One sunny afternoon last March, my wife Rosa and I were walking along the edge of the river valley in Windsor Park, when we heard cries of joy from the wooded slope below.

It must be spring, I said. Just listen to those children going nuts. And people say kids don’t play outside anymore.

We were maybe 10 metres from the source of the cries when they went silent. Closer, we saw the first coyote, and then two others, moving single file like grey-beige ghosts through the aspens along the edge of the valley. Healthy, strapping animals with bushy tails. More like timber wolves than any coyotes, or wolves, for that matter, that I’ve ever seen. But voices not like wolves, but children.

More recently, the kids at Windsor Park School weren’t allowed outside for recess because a family of coyotes (probably the same one) was sleeping in the sun in the schoolyard.

I love that Edmonton has wildlife. Nobody I know has seen a cougar or a moose in Windsor Park, though a few dozen times a year somebody sights one in the river valley. I have seen deer in Windsor Park. This year, during reading week, a neighbour walking to his office on the University of Alberta campus passed a falcon tearing into a pigeon. When I first moved to Edmonton, 37 years ago, I was most struck by the magpies, and though Edmontonians generally despise them the way people despise gulls, or any aggressive scavenger, their corvine intelligence impresses me more every year.

The coyotes have come to Windsor Park for the snowshoe hares, whose population here ballooned for a while, but recently either the coyotes have made inroads or the hares have moved over to the campus, where there aremore people around and more places to hide.

Lots of cities have raccoons and coyotes inside theirlimits, but these animals are there for the garbage. How many have coyotes grown sleek on snowshoe hare? Ordeer standing nervously around on your lawn becausein the valley they just scented cougar?

Along with the weather and the Mall, the river valley is what most people talk about when they talk aboutEdmonton. It’s a wild thoroughfare. Other cities are penetrated by 16-lane highways. We have an artery ofwilderness. Like it or not, like 40 below, it reminds us where our down-home cosmopolis really is.

Greg Hollingshead has published three novels and three short story collections. He is a Professor Emeritus at the University of Alberta and Director of the Writing Studio at the Banff Centre. In 2011-12, he was Chair of the Writers’ Union of Canada. 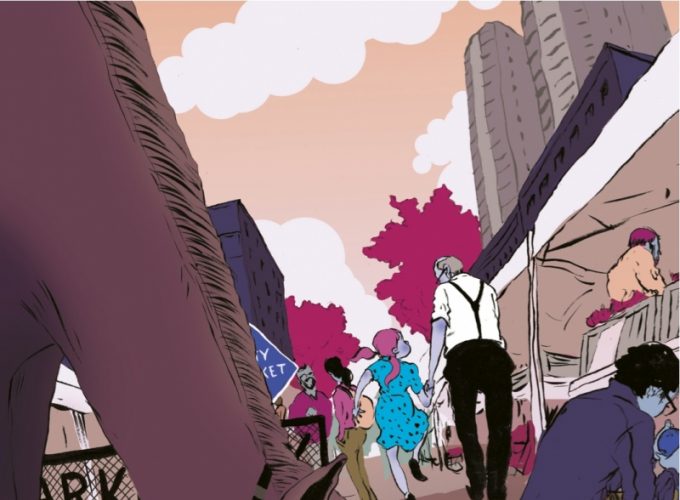