Myths of the Mall

Truth or fiction? We debunk the WEM stories.
By Michael Hingston | February 12, 2013 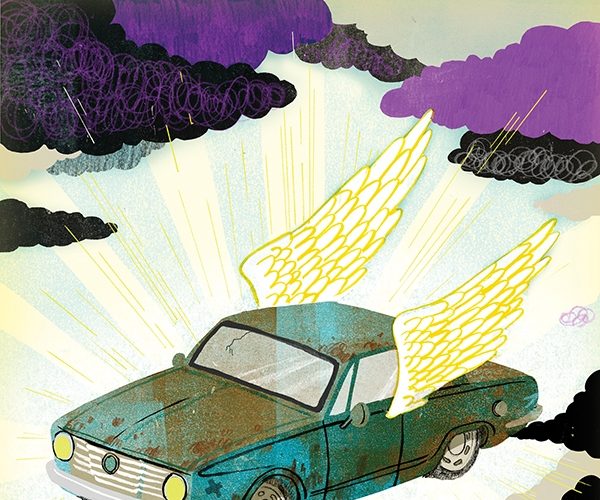 The official story of West Edmonton Mall is yet to be written, but that hasn’t stopped Edmontonians, Canadians at large, and just about anyone who’s ever heard of the mall from coming up with their own alternate mythologies to fill the gap.(Really – ask anyone you know. If that person doesn’t have a story or two at the ready, I’ll eat my hat.)

Urban legends exist all over the world, of course. But our iconic, monolithic mall lends itself extraordinarily well to these tall tales: in part because it’s been home to so many wild and elaborate venues over its 30-year history, and in part because there’s simply no way a hyper-eclectic shopping centre the size of 48 city blocks doesn’t have at least a few skeletons tucked into its no-doubt-cavernous closets.

I asked friends, acquaintances, and an Edmonton-centric online forum for the most memorable urban legends they’d heard about the mall over the years. Then I set out to see if any of them hold up.

The idea that some type of structure exists under the mall is by far the most common urban legend I came across. But the details of this story are also the most slippery. One message-board user said he’d heard from a reliable source that a bomb shelter had been retrofitted into the tunnels post-9/11. An acquaintance claimed that the mall is powered by a dedicated miniature power plant located underneath. And several optimists look forward to the day when an LRT line finally makes it to the west end – where,apparently, a WEM station is ready and waiting.

I wasn’t able to see anything firsthand. But one thing is for sure: the mall does have back hallways that act like a maze, interconnecting all of the stores on all the levels, not just the lower one. Several former mall workers reported going on “accidental” explorations of the tunnel networks, where they came across the kinds of stuff you’d expect to find in any mall: piles of old seasonal displays and equipment, as well as roadways for delivery trucks.

2. A Jewish school used to operate out of the Fantasyland Hotel

Strange and surprising, yes – but also 100 per cent true.

In 1993, Edmonton’s private, Jewish Orthodox Menorah Academy was all set to open its doors for the first time, when its location fell through at the last minute. So, in a pinch, the school relocated to the mall: first to a series of boardrooms in the hotel (no theme rooms, sadly), then to an empty, self-contained area downstairs in what’s now Phase IV.

According to an Edmonton Journal article from 1995, the Ghermezian family, who owns the mall, had the idea for the Academy and gave it financial support.

Melissa Krakow was a Grade 9 student when the Academy opened, and remembers that the makeshift classrooms downstairs were completely sealed off from the rest of the mall – “a rather quiet corner!” They didn’t even use the regular entries, instead coming and going through delivery doors at the back. All told, she says, it felt pretty much like a regular school.

“The only times that we were in the mall were for field trips,” Krakow wrote in an email. These included visits to former attractions like the submarines and dolphin shows. And Krakow’s phys. ed. class may well be the only one whose local swimming pool was the world-record-holding World Waterpark.

Eventually the Menorah Academy found a new permanent location on 142 Street, and left the mall behind in September of ’94.

3. There’s a species of cockroach that only exists in the mall

Not true, says Mike Jenkins, biological sciences technician for the City of Edmonton. He suspects it was the 2002 story of the exotic Australian cockroaches, which aren’t typically found in Edmonton – and which aren’t even from Australia, but southeast Asia – found in the World Waterpark that caught on, and has since snowballed into legend over the past decade.

However, like any mall, WEM does have a history with bugs. Complaints about cockroaches date back to at least 1989, when the Edmonton Journal reported they were spotted nestled among the trees in the water park; the park’s warm, humid conditions made it an accidentally ideal breeding ground. In 2002, the aforementioned Australian roaches were found in the same place, thought to have hitched a ride with some imported plants. And an Edmonton Journal story from 2009 reports the owners of Szechuan Chinese Food in the food court were fined $12,000 for a slew of repeated health violations – including cockroaches – before their kiosk was renovated.

4. Jewish scrolls are stored at every entranceway

Another tip from the Internet. Like the legend about the Jewish school in the hotel, this one is also connected to the Ghermezians’ strong but private religious faith. And like the Menorah Academy story, this one also turns out to be true.

These scrolls, called mezuzahs, contain text from the Book of Deuteronomy and are prepared guided by strict rules – everything down to the type of paper and ink used. The text instructs believers to keep God’s words always in mind, “and you shall write them on the entryways of your dwellings.” The scroll is rolled up, placed inside a small case, and affixed to the doorway.

Sometimes mezuzah cases are designed to be eye-catching, but the ones at West Edmonton Mall are the reverse: so inconspicuous that you’d never notice them unless you knew what to look for. Recently, I spotted four or five of the gray, pencil-sized containers at nearly a dozen of the main entrances – each on the right-hand side of the frame, about six feet off the ground. To the uninitiated eye, however, they just look like chunks of metal.

Joan Didion once wrote, “We tell ourselves stories in order to live.” Maybe by telling ourselves stories about the mall, we’re trying to rationalize the massive symbolic sway it continues to hold over our city.