On grocery stores and ancestry.
By Beth Graham | November 1, 2015 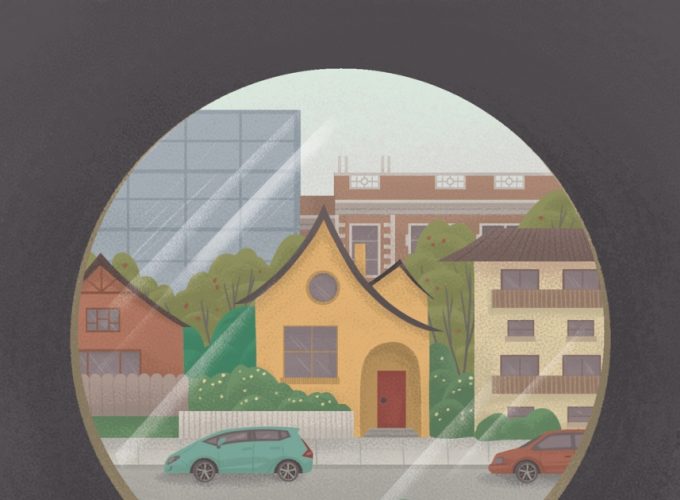 Culture #YEG: The University Bubble A tale of life inside the bubble Read More

The automatic door slides open. I step from the hot summer pavement of 95th Street into the cool air of the Italian Centre Shop. The sweet, familiar scent of the deli greets me as I grab a shopping basket and set off to reconnect with my heritage.

Twenty-five per cent of the blood flowing through my veins is Italian, but you’d never know. I’m soft-spoken; I don’t wave my hands about when I talk; when subjected to sunlight, my skin burns immediately; I can’t speak a lick of the language; and I’m not much of a cook. None of the stereotypes seem to have stuck, but there is proof in my family tree. My grandfather, on my mother’s side, was a Properzi. He was a little man with an impressive nose and a penchant for arm wrestling. Americo Properzi, Meric for short, was the real Italian deal.

I imagine him now, leading me up the pasta aisle, the boxes of rigatoni, macaroni and gnocchi balancing precariously on either side of us. I reach for the basic spaghetti and set it in my basket. Grandpa Meric nods approvingly.

The only meal I can remember my grandfather making for me was spaghetti with red sauce. That would have been over 20 years ago, before he was moved into a home where his meals were prepared for him. So, my memory is rusty and I can’t recall the exact ingredients. I’m making it up, hoping to recreate his masterpiece.

When my number is called at the deli, I ask for parmesan. In the produce section, I go for the staples – garlic, onion, peppers and fresh basil. I choose a can of tomatoes from an overwhelming array and head to the till.

When I step back out onto the sidewalk, I see a table of old men, drinking coffee and sunning themselves. If my grandfather were really here, he would stop to talk. He loved to visit. So I leave him there at the table on the corner, gossiping over a cup of coffee and I head home to prepare the feast. My spaghetti and red sauce won’t be nearly as good as my grandfather’s, but I will channel all 25 per cent of my Italian ancestry and do my best. “Buon appetito,” as my grandfather would say.

Beth Graham is a playwright, actor and guardian to a 12-pound Pomeranian. Her most recent play, The Gravitational Pull of Bernice Trimble, was produced at Theatre Network last season and will be produced again at Saskatoon’s Persephone Theatre in its upcoming season. She is a graduate of the University of Alberta’s BFA acting program and is currently a writer-in-residence at Workshop West Playwrights’ Theatre in Edmonton.