Why this Edmonton songwriter is betting big on NFT
By Tom Ndekezi | September 1, 2021 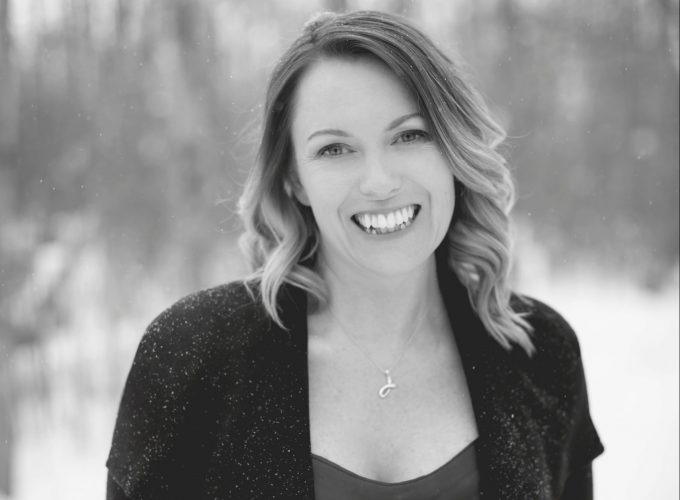 On Thursday, March 11, 2021, the digital artist known as Beeple — his real name is Mike Winkelmann — shocked the art world with the sale of his piece “Everydays” for $69 million USD at Christie’s auction house. It’s a jaw-dropping sum, but perhaps the only thing more baffling than the piece’s price tag is its format. “Everydays” is a non-fungible token, and with its sale, it became the standard bearer for a global phenomenon that has caught the attention of governments, venture capitalists and internet trolls, as well as local artists right here in Edmonton.In addition to being the third most expensive piece of art ever sold by a living artist, Beeple’s masterpiece is also a large square JPG file measuring 21,069 by 21,069 pixels. In fact, just before writing this, I legally downloaded a pixel-perfect copy with a few clicks, completely for free.

If nothing of what you just read makes any sense, then it means you’re ready to talk about NFTs.

Non-fungible tokens — or NFTs as they’re more commonly known — are a new approach to digital ownership and the latest machination from the head-scratching world of cryptocurrency. To understand exactly what NFTs are (a task that I went to great lengths to achieve), it’s best to start with the name.

“Fungibility” refers to the ability for objects to be replaced by one another, like a $20 bill being exchanged for two $10 bills at a checkout counter. NFTs are unique, highly encrypted digital tokens that are, by definition, non-fungible, and they rely on the same blockchain technology that underpins cryptocurrencies like Bitcoin.

The appeal of NFTs is that they offer verifiable records of ownership for digital products, without needing to involve centralized authorities like governments and banks. It’s the libertarian’s response to the copy-and-paste function, and it’s also why my copy of “Everydays” isn’t worth the bandwidth I used to download it.

The decentralization of NFTs also means that almost anyone can create, sell and buy an NFT. That fact has attracted the attention of curious onlookers and crypto cowboys around the world, including Edmonton’s own Jay Sparrow.

At 43, Jay Sparrow has already lived a few different lives. Born to a touring musician father, Sparrow released his first CD a few months after graduating high school, and, by 2005, he was the frontman of local punk rock band, Murder City Sparrows. He would go on to release two albums with the group followed by seven solo efforts, including last year’s blues-inspired record, Let Wild Dogs Run. Sparrow also helped found Edmonton’s Sea Change Brewing Company in 2017, as well as a few tech ventures.

Sparrow tends to be an early adopter, so when he saw the growing fascination surrounding NFTs, he decided to try it out for himself.

“[A friend of mine] has got a new project called SING that is in the NFT space — more in the copyright side of things — where he’s using NFTs in the blockchain to copyright songwriting as it’s happening,” he says. “I’ve been too busy with the brewery to be involved with that project, but I thought I would wade in with an NFT and just kind of play around in that space.”

Sparrow’s NFT was a reimagined version of his 2012 electronic hit “Cold Winter Song,” which he recorded on a refurbished 1940s Voice-O-Graph machine at Third Man Records in Nashville. He only auctioned a single NFT of the recording, and he destroyed his own copies following the sale. He compares it to the Wu-Tang Clan only making a single copy of its now legendary seventh album, Once Upon a Time in Shaolin. It’s also Sparrow’s way of supporting an alternative to the music industry’s current streaming model.

“I just wanted to support the tech and do what I can to evangelize it and get it into the common place of the music world,” he says. “I think it’s a way to bring value back to digital files. The internet age sort of decimated the music industry.”

NFTs’ potential to give control back to artists is partly why they’re so revolutionary, but, according to Alfred Lehar, an associate professor at the University of Calgary’s Haskayne School of Business, the technology could have much wider applications.

“Another real-world application for the long run is that you can use this technology to tokenize other property, like your house or your car,” Lehar says. “We can think of a world where you have a house token, and then give that house token to a lending platform, lock it up in a smart contract and borrow against that. And that’s your mortgage of the future.”

Lehar himself auctioned an NFT of one of his daughter’s paintings on the digital marketplace OpenSea, but he envisions a world where titles to art, music, cars, homes and even natural resources are traded directly from buyer to seller using NFTs. For optimists, it symbolizes a digital marriage between deregulation and egalitarianism, but there are also environmental concerns about the massive amounts of energy consumed in the process of creating NFTs.

This past May, NFT sales plummeted roughly 90 per cent in less than four weeks. Skeptics cite the drop as evidence of the hype-fueled bubble beginning to burst, while believers view it as an aggressive price correction that is typical of volatile crypto markets. Time will tell which side turns out to be right, but, for now, the debate rages on as to whether NFTs really are the next great disrupter, or simply a digitization of the status quo.

“In one way, there is a little bit of democratisation here, because everybody — even my daughter — can upload a picture on these platforms,” Lehar says. “On the other hand, to say that [NFTs are] something for the super-rich to buy, well, high-priced art was always something that rich people invested in. There are other more pressing needs that people like me would buy first [before] spending a lot of money on art. And so, in that sense, I think nothing has changed with NFTs that wasn’t the case before.

Although some have hailed blockchain technologies like NFTs as the harbingers of a digital revolution, the reality is that, at least for now, NFTs also come with a growing list of environmental concerns. Because NFTs must be highly encrypted to ensure their verifiability, the process of creating an NFT on the Ethereum network — also known as “minting” — requires tremendous amounts of cheap energy and incredibly consumptive supercomputers. Official measures of NFTs’ environmental impact are yet to be produced, but early estimates suggest that the energy used to mint a single NFT could power the average American household for just over three days. According to Digiconomist, the annual energy consumption of the entire Ethereum network is comparable to that of Iraq, with much of that energy coming from fossil fuels.

This article appears in the September 2021 issue of Edify.