25 Things To Do In Edmonton This October

This month is full of ways to get scared and to show you care
By Cory Schachtel | October 1, 2020 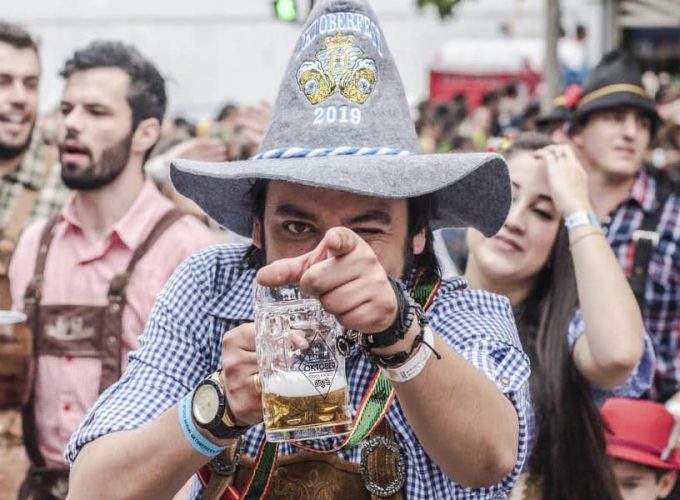 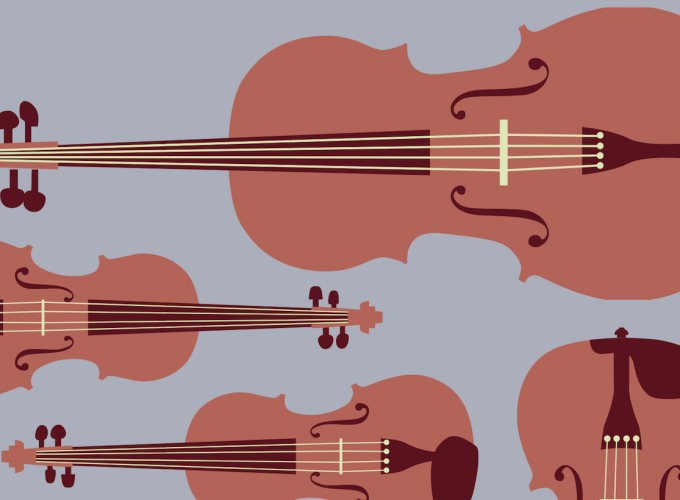 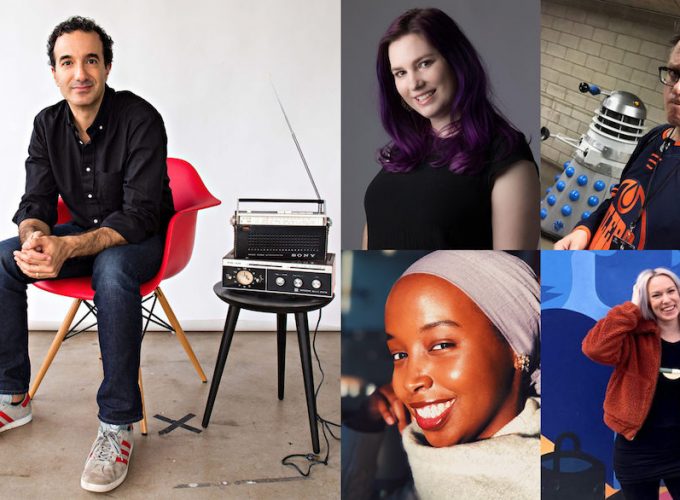 Take Us To Your Leader

It’s the return of the Deadmonton Haunted House and Halloween store, and this year there are two houses in which to get your haunt on. All month long (Thursday to Sunday, and the entire Halloween week), you can see the “truth” of Area 51 and, if you arrive at sunset, you can tour the tombs, crypts and mausoleums of Dusk – Rise of the Dead.

The Edmonton International Film Festival is back! From October 1 to 10, watch 15 feature-length films and over 20 shorts on Super Channel and at City Centre’s Landmark Cinemas, as well as filmmaker chats and Q&As, and a local filmmaker spotlight.

Go For A Drive … In Movie

The Mosquers Film Festival is sadly not happening this fall, but it is presenting a drive-in movie at Kingsway Mall on October 3. Pack the family in the car and watch 1997’s Men in Black to start the month off in a monster-y Halloween mood.

Things Are Gonna Get Dark

From chilling paranormal investigations to virtual craft cocktail experiences, are you ready for 31 days of #DARKyeg? 🕸 Click the link in our bio for event info and to book your tickets NOW! #FortEdmontonPark #ExploreEdmonton #ExploreAlberta

Come October, Fort Edmonton Park goes from fun to frightening (but like, the fun kind of frightening) with DARK. Help hunt the Hotel Selkirk spirit, test your knowledge of terror or learn dark mixology arts as your haunting host guides you.

From Here To There

With unique style and vibrant colours, Dana Irving’s exhibition From Here to There brings Alberta’s lush forests and epic mountains to you. View the series (with five new additions) online or in person at the West End Gallery.

On October 5, family members of the people whose lives were lost in the shooting down of Iran flight PS752 will hold a Justice Rally in nine cities around the world to help heal and seek justice. Show your support at the Legislature Building at 10:30 a.m., and read Javad Soleimani Meimandi’s story about what he, and our city, lost on that tragic day.

Down By The River

The University of Alberta Museum tells the story of the school’s origin along the North Saskatchewan River in On the Banks of the River, a virtual tour of art from the museum’s historic collection that commemorates new President and Vice-Chancellor, Bill Flanagan. Take the tour today!

A Minute Of Your Time

If you take light rail transit between October 5 and 11, spend literally a minute checking out “western Canada’s first film fest for commuters” — the Gotta Minute Film Festival. On-board screens will show 60-second, silent short films from around the world, all of which are up for cash prizes and awards. Not transiting during that time? You can also view the fest at TIX on the Square, Metro Cinema or online.

If clothes make the person, what can we learn from the clothing of people from eras spanning 350 years? That’s the question the University of Alberta Museums attempt to answer in Dress and Escapism: The Dress Research Exhibition Series, featuring over 23,000 clothing and textile-related artifacts from the Anne Lambert Clothing and Textiles Collection. Explore the collection today!

The Aviary is one of Edmonton’s hidden gem venues, and almost every weekend in October hosts a variety of great local acts, including Edmonton’s own Sahil Chugh Trio on October 9.

La Cité Francophone’s Fall Patio Series is still on! Every Friday until October 9, local musicians provide a variety of musical stylings for your outdoor enjoyment, all next door to Café Bicyclette. Grab a tasty treat then tap your toes in the crisp autumn air.

Maybe the only thing Theatre Garage loves more than Halloween itself is helping the rest of us celebrate, and it’s found a new way to do it with Reverse Trick-or-Treating. On October 10, 17 and 24 (4:30 – 6:30 p.m.), Theatre Garage ghouls will come to your neighbourhood and leave treats, all in support of the Edmonton Food Bank. Email theatregarage@gmail.com to get in on the spooky (and tasty) action.

A Walk In The Park

It’s never too early to get kids connected (or reconnected) to nature, and the University of Alberta Botanic Garden is making it easier by waiving admission fees for kids 17 and under until the last day of open season, October 12. “Getting kids connected to nature is something so necessary for well-being, and it’s a remedy the Garden provides,” says Carl Charest, interim executive director at the Garden, and you can help keep it free for kids indefinitely.

Canada’s first and only non-fiction story fest — LitFest — returns October 15 to 25. It’s about stories and conversations, and you may have noticed there’s a lot to talk about these days. From climate, race and gender, to some lighter topics, too, you’ll hear thought-provoking authors discuss their works and ideas and come away inspired and informed.

Meet You In The Kitchen

Telus World of Science Edmonton’s annual fundraiser is back, and it’s coming to your kitchen! The Lumen Kitchen Party will broadcast live October 16 and feature performances from Brett Kissel, JJ Wilde and Mike Plume, stand-up comedy from Andrew Grose, dinner and wine pairings from RGE RD and Guru, and some delicious science experiments you can concoct and try at home.

Live For The Ride

Packing up your yard’s fallen leaves and sending them to the dump is not only wasteful, it’s a missed opportunity to enrich your yard for next season. So the City of Edmonton started Compost ‘S cool to help you reduce your waste and condition your soil to help your garden grow.

Pick A Peck Of Prairie Pumpkins

We just pump-cant believe how beautiful our general store pumpkin displays are! Stop by this weekend to pick up one of these beauties in time for thanksgiving!

Head to Prairie Gardens anytime in October to take one of its pumpkin-picking tours. Bring your family for a hay ride around the farm then pick out the most shapely squash to carve for Halloween and turn into yummy pie.

Lock your family in to one of Time Escape’s themed escape rooms (including The Imperial Palace, The Prophecy and Spaceship Mysteries), then work together before it’s too late. Running all month long, and designed for all ages — and languages (the clues are symbol-based) — all you need is teamwork and puzzle-solving skills.

In The Sky Tonight

A short drive east of Edmonton brings you to Elk Island National Park’s Beaver Hills Dark Sky Preserve, where until October 24 you can experience Gateway to the Stars — a night of storytelling and star searching under the open prairies sky and, hopefully, the Northern Lights.

Thank You For Being A Friend

The ladies of the Maple Oaks Seniors home are back, in Pitched Perfect Golden Girls at Jubilations Dinner Theatre, and they’re getting back to their college years thanks to a loophole in the Collegiate Singing Group Competition’s eligibility guidelines. Laugh and sing along all month long!

Picnic On The Farm

All month long, Prairie Gardens’ Family Farm Picnic provides all the fresh air and wide open space for your family (up to 15 people). You’ll get the countryside view, freshly baked bread with seasonal fruits and jam, cheese and crackers, house-made beverages and more!

Check out the Parkland County Art Tour until the end of the month. From Spruce Grove to Entwistle, the tour takes you to all the best art and culture businesses west of Edmonton. You can stop by and support pottery, ceramic and gift stores, check out the galleries and pick up some unique gifts along the way.

The Edmonton Corn Maze continues all month long! Head to Spruce Grove for some fresh air and good family fun, then shoot spud guns and air-powered potato launchers, play games, have a picnic and more.

BONUS THING TO DO:

Our city is full of forward-thinking people and organizations that exemplify the energy, focus, innovation and creative thinking that builds this city. Help us highlight the great work being done by nominating someone to showcase in our Winter issue for the first ever Edifier Awards. Nominations open October 3.

The 2021 municipal election takes place this coming fall.
44% City needs to hold the line on taxes
27% Am willing to pay more in order to increase/maintain services
24% Want my taxes reduced, even if means cuts to services/city staff
5% No opinion/this issue is not important to me
Current results