A Room With a View

Residents at a downtown condo make their space brighter with a local's creative work
By Lisa Catterall | June 1, 2015 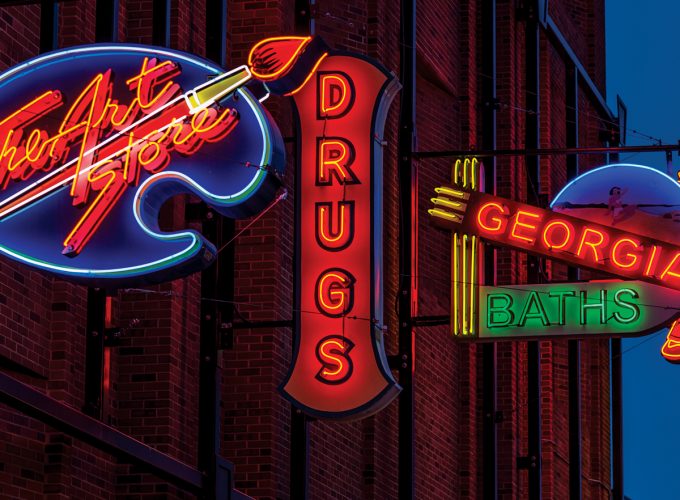 From paintings in LRT stations and outdoor sculptures to mosaics in arenas, Edmonton’s public spaces feature their fair share of art. Though the spaces are often designed and developed with the arts in mind, private properties and residences don’t always prioritize the same creative initiatives.

However, when it came time to redecorate the lobby of the New Cambridge Lofts building on Jasper Avenue and 100th Street, the residents wanted to make the area inviting and warm. Limited space and a limited budget in a high-traffic zone created challenges for residents hoping to improve the visual appeal of the building’s interior.

Already home to a vivid colour scheme with eye-catching art in each of the building’s elevators, as well as a matching colour theme on each floor, residents have been working to cultivate a warm, outdoor-inspired aesthetic throughout the building. Wanting to build on this with a functional, durable and interesting entryway, the condo board approached popular Edmontonian artist Jason Blower to assist in reinvigorating the space.

Blower, well-known in Edmonton for his urban artwork and civic pride, was excited to get involved in the project. The board commissioned a painting for the back wall of the foyer, visible both from the front and side entrances. Though space is at a premium in the lobby, residents wanted to use it to celebrate the revitalization of the downtown core.

“The thing that we loved the most about Blower’s work was his ability to capture the essence of a local environment,” says New Cambridge Lofts resident and board member Kent McKay. “We wanted the mural to focus either on the building itself or the community. So we invited him to the penthouse of the building, and he took a survey of all the things that he could see from the building, and he decided to make a composite of that.”

Over a one-week period this winter, Blower transformed the otherwise bare, pock-marked concrete wall into a whimsical depiction of city life.

“I tried to pick up on what would resonate for what people in the building see every day,” says Blower, noting that his fond memories of local landmarks are often what make his work appealing to Edmontonians.

Though the mural is admittedly a less public venue than the types of spaces that normally showcase his work, Blower is happy to have had the opportunity.

“Doing a mural in a lobby for me was awesome. This is very much a private-use kind of mural … but still, really awesome,” he says.