A Shift In Perspective 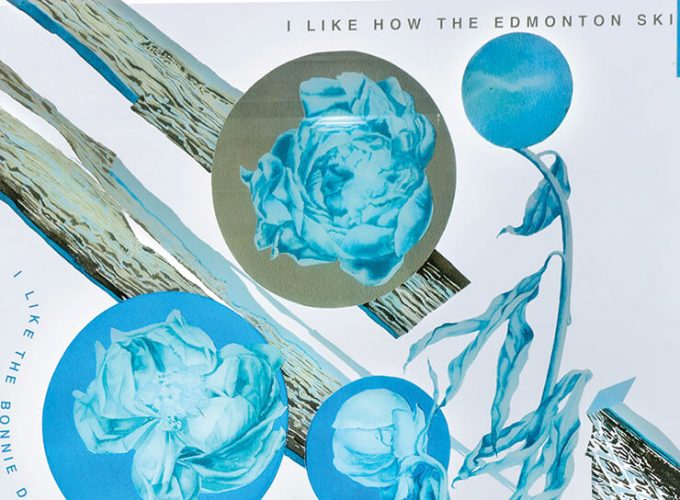 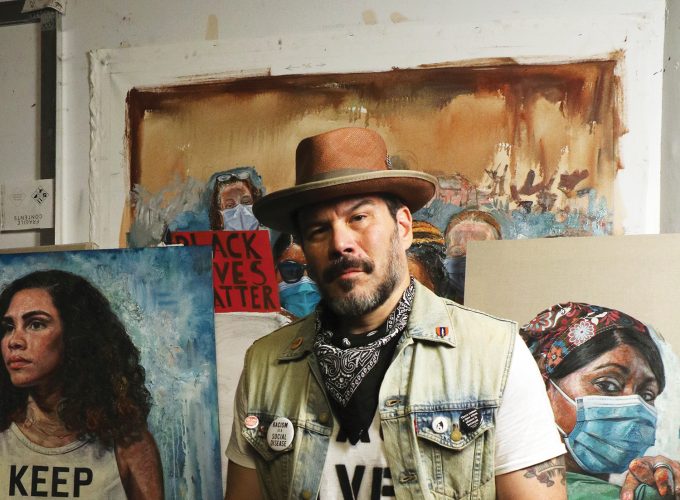 When painting with oil instead of more merciful mediums like acrylic, the painter needs to be patient with the work. Oil is less forgiving, and often needs to dry for a day or two before you can add the next layer. Niitsitapi and Dene artist Lauren Crazybull — who’s recently begun experimenting with it — describes its benefits: “It glides because it doesn’t dry right away, and you can blend colours in such a different way. It feels more organic.” As with oil, Crazybull is slowing down their process and examining it in a new light.

This shift may seem counterintuitive for an artist who’s earned so many accolades at the young age of 27: the Eldon and Anne Foote Edmonton Visual Arts Prize, a Lieutenant Governor of Alberta Emerging Artist Award and the inaugural Alberta Artist in Residence position. But Crazybull believes their practice needs this change. “The hardest part is figuring out when [a portrait] is done. I’m guilty of pushing paintings too far,” they share. “I feel like I did too much and I needed to chill out. You can count a few hundred extra brush strokes on it.”

Crazybull has been developing their painting techniques since high school, where a media teacher saw their potential and encouraged them. “I grew up in a very white neighbour-hood in rural Alberta [Caroline, Alta.], and I grew up in foster care, so I had a white family. I didn’t have a lot of opportunities to feel like people saw me,” they explain. “When you’re younger, people say, ‘Oh, you can’t really be an artist.’ I remember people telling me I should be a hairdresser.”

They’re inspired mostly by admiration for other artists, but also sometimes by envy.

“When I look at some art, I’m kind of mad that I didn’t make that or think of that,” says Crazybull. However, the former is most true when they witness Indigenous artists succeed: “When I think about Billy-Ray Belcourt reading his poetry, that gives me more courage. When I think about other Native artists of whatever discipline, I just like see-ing them make something really beautiful.”

Crazybull is a self-taught artist and hasn’t yet completed an undergraduate degree in the arts. Their most well-known works include a series of portraits that capture in stunning and bold colour the humanity of Indigenous artists in ways that defy the settler gaze. “I’m trying to be as authentic as I can when meeting these people and not asking, ‘Oh, could you show up in your regalia?’” they explain. “I want people to be seen as they are and know that’s worthy.” They believe you don’t have to be famous to sit for a portrait, but ironically, many of Crazybull’s sitters have gone on to earn high acclaim themselves, including award- winning writers Belcourt and Arielle Twist.

Though Crazybull seems to have a Midas touch for fame, they continue to elevate their portraits by developing deeper relation-ships with their sitters. In early paintings, they would only meet for 10 minutes before snapping a photo and then working solo. Now they connect with the sitter over several FaceTime sessions and in person when they can. Crazybull says, “I do these portraits because I’m trying to understand my own humanity in comparison to other people, and to understand theirs as well.”

The portrait series helped Crazybull hone new techniques and build a solid base of work, but they refuse to rest on their laurels. They’re already on to the next stage of their career which has them studying in Vancouver at the Emily Carr University of Art + Design. “I’m at a point in my work that I’m kind of struggling a little. I don’t feel like I have all the tools I need to completely do everything I want to do.”

They’re eager to explore other mediums — like animation, which has been a passion since youth — and they hope to receive no-holds-barred critiques from their peers and teachers that will continue to push and elevate their practice. Going to school for a talent you’ve already made a career in may seem like a step backward to some, but, for the patient and thoughtful Crazybull, they believe this move will propel their artistic potential several steps forward.

“I don’t want my work to get too popular at one point, and then I end up making those things forever,” Crazybull says. “I’m inspired by artists who keep pushing their practice in whatever direction, even if people aren’t happy with it.”

This article appears in the October 2021 issue of Edify.