Art on Your Sleeve

Your love for these artistic tattoos will be more than temporary
By Cory Haller | September 12, 2013

For the past few months, you may have seen people wearing their love of Edmonton’s public art on their sleeves – or sleeved on their arms. The Edmonton Arts Council, inspired by a fundraising campaign for National Public Radio in the U.S., commissioned local tattoo artist Brent Smith to design five temporary tattoos that feature some of Edmonton’s public works of art. So far, the EAC has distributed these tattoos at such events as Symphony Under the Sky and What the Truck?! and plans to make them available at additional occasions like Ramble in the Bramble and Alberta Culture Days later this year.

“It started as sort of a cool community outreach sort of thing,” says Eva Marie Clarke, one of the Edmonton Arts Council’s communications officers. “But the main idea was to personally tie people to public art in Edmonton, because it’s really part of who we are.”

According to Clarke, the EAC had a list of “must haves” including “Talus Dome,” located off of the Whitemud, “Immense Mode” at Southgate and “Running Track,” located at the Terwillegar Community Recreation Centre. The other two artworks were the artist’s choice – he interpreted Churchill Square’s bronze sculpture of its namesake and the blown glass “Clusters,” which hangs from the ceiling at the Central Lions Senior Recreation Centre.

Smith, lead tattoo artist at Ritualistics on Stony Plain Road, says the project was not without its challenges. “I had the most trouble with ‘Talus Dome’ and ‘Running Track,'” says Smith, “because they’re abstract pieces.”

The solution? The “Talus Dome” became part of a robotic pin-up girl in honour of the longstanding pin-up tattoo tradition, and the interconnected sprinting legs of “Running Track” replaced the double-headed serpent that’s wrapped around the staff of Hermes in this flash tattoo.

The five temporary tattoos were all drawn with limited colour palettes. Using only a handful of colours gave the five tattoos of various aesthetics a similar look that Smith says unifies the tattoos as a set. “Edmontonians can keep an eye out for them at festivals and events throughout the year,” says Clarke, “and be inspired by art to collect the whole set.” 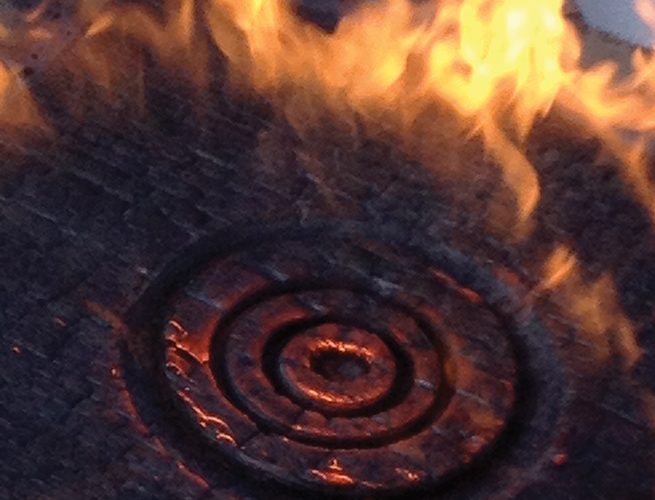 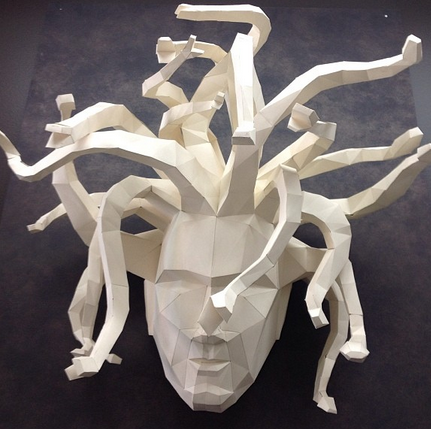