If you haven't checked out this incredible piece of art in Rogers Place yet, you need to.
By Steven Sandor | November 1, 2017

Chances are, when you walk into Ford Hall, it’ll be just before or after a hockey game or a concert. There will be crowds of people in the covered bridge that goes across 104th Avenue and acts as the gateway to Rogers Place. So, with all the people about, it might be difficult to take a good look at the floor. But it’s worth a look.

A lot of hard work went into the 150-square-metre art installation that can be found right in the centre of Ford Hall. The installation, a mosaic by celebrated Indigenous artist Alex Janvier, is named “Tstske k’e (Iron Foot Place).”

Janvier, born in 1935, is one of Canada’s most celebrated artists. And, in 2016, the mosaic was unveiled. In his artist’s statement, Janvier said “the painting pays respect to the land area where Edmonton is located, highlighting the colours of beautiful sky, the stories of the area, and clear waters from faraway mountains. All roads lead to the area, Edmonton, as it is a central destiny for all who came before, and who came after.”

There are lines of bright spring colours and large white puffs all within the circle that’s 14 metres in diameter. According to Janvier, the white areas depict the winter snows and Alberta’s clear skies. Once the snowpack begins to recede in the spring, the colours of the earth are then revealed; first brown and dusty, then eventually giving way to the lush green and yellow vegetation of the summer. The colourful lines within the mosaic intersect; bringing home the idea of Edmonton as a meeting place. It is here where the roads lead.

So, how many tiny tiles does it take to create a mosaic that’s 14 metres in diameter?

According to Tim Shipton, the Oilers Entertainment Group’s senior vice president of communications and government relations, nearly one million Byzantine glass tiles were used to make the artwork. That’s right, a million. If you’ve ever thought that a room littered with your kid’s loose Lego pieces all over the floor was hazardous to navigate, imagine spreading out a million glass tiles. Twenty staff at the Mosaika studio in Montreal needed six months to put it together; it was then sliced up into sections like a pizza, transported to Edmonton, and reassembled. If you took all the tiles apart and put them on a scale, they’d weigh in at 3,500 pounds. That’s around the weight of an average compact vehicle. 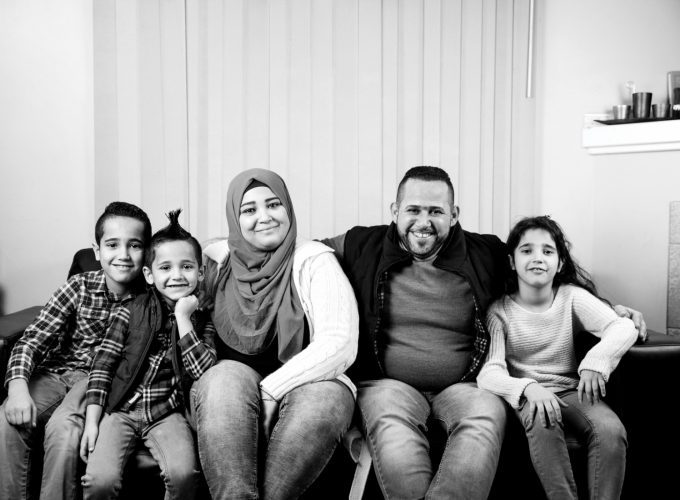 Culture This Is Not A Passport Photo This photographer made her first foray into the film world with a short film shining a spotlight on immigrant families. Read More