If you wandered through Edmonton’s Quarters district last summer, you might have heard distant strands of violin music. Had you traced them to their source, you would’ve found a man ambling between parking lots, looking out-of-place in his button down shirt, performing avant-garde music.

Who was this man, and why the ostentatious display of the bourgeois in one of Edmonton’s poorest neighbourhoods?

It was Adam Waldron-Blain, one of the artists involved in Dirt City: Dream City, an Edmonton Arts Council-funded project to enliven the Quarters. For 11 days, Waldron Blain walked through the streets while playing his violin in what was most definitely a non-traditional performance space, daring people to follow and, consequently, participate in his work.

Waldron-Blain, who graduated from the University of Alberta’s fine arts program in 2007, has an exhibition opening at the Art Gallery of Alberta on June 29. Titled Adam Waldron-Blain: Does His Best, it will feature writings, videos and, on Saturdays in July,live performances.

Waldron-Blain hopes that the writings, featuring five-centimetre high painted lettering, will truly engage the reader through their content and format. The videos, at first glance, are pleasant landscape shots, but if you put on the headphones, you will hear Waldron-Blain’s violin from across the lake, the violinist a tiny speck on the screen. “People hate watching videos in the gallery,” he explains. “I want people to get angry at it a little bit. I think that’s important. If it’s easy, it’s not good.”

He challenges you further in each of his live shows when he performs one sad, three-minute pop song repeatedly for three hours. “I’m singing about how my heart is broken,” he says. The line “trying to forget” is prominent in one of these songs “and yet, I’m doing it over and over again; I’m not forgetting it.”

So vow to engage: Listen, read, and watch. But even then, he accepts your interpretation might not match his. “There’s something impossible about trying to communicate something through art,” says Waldron-Blain. 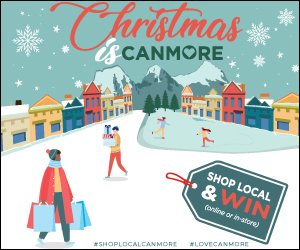