This Friday, Edmonton will be seen like it’s never been seen before on streaming services across Canada and in more than 90 theatres across the United States.

Come True,a nightmarish, slow-burn horror film, was shot entirely in this city by filmmaker Anthony Scott Burns, who is in the process of moving back to Edmonton himself. It’s not a jump-scare kind of freak fest, but an ode to the shadows of our nightmares, of waking dreams. And a desolate Edmonton — with many scenes shot around 3 a.m. on weekdays — is the setting. The concrete, brutalist buildings of the University of Alberta are where the shadows lurk; but there are other recognizable locations, such as Take 5 Café in Beverly, and Lock Stock Coffee downtown.

There are times when the film uses Edmonton’s lingering twilight to dramatic effect, and colourful shots of U of A labs that look straight out of Russian cinema or ‘70s sci-fi flicks.

But, the setting is supposed to be a creepy dreamscape, so Burns removed any signage that would indicate that, well, this is Edmonton. The city’s name is never mentioned.

“People from Edmonton will recognize the areas where we shot,” says Burns. “But, outside, it will be cool to see people wonder where this was filmed. I digitally removed all the licence plate logos. There’s no signage, save for a couple of places. Growing up in Edmonton, I knew this city could double for a very lonely and desolate place.”

Yet, despite the desolation, this is also about Burns’s sense of place.

“I had spent my entire teenage years location scouting, I guess.” he laughs. “There were places where I had shot short films when I was a teenager. These were places I wanted to revisit and code the film with. It wouldn’t be only a cinematic dream, but my own personal dream. It is built on a lot of moments from my teenage years.”

The movie opens with our hero waking up in a park. That comes right from Burns’s memories, as he once spent the night in a Clareview park. He got in a fight with his dad and spent the night away from home.

“It felt very lucky to come back and revisit these places as a filmmaker instead of just as someone who was struggling,” he says.

Dreamers are haunted by visions of darkened rooms, shadows with burning eyes. Shadows scurry and morph as the camera breezes past. The nightmare, sleep paralysis and night terrors are all key to the film. Burns admitted he suffered from sleep paralysis as a child, But, is Burns a restless sleeper as an adult?

“I don’t often have night terrors. I don’t often act things out and become hysterical. But I definitely have a lot of nightmares. I dream music, I have nightmares, I am a very avid dreamer. A lot of the dreams in the movie come from personal icons I’ve dealt with — nightmares. A lot of it is based on research, like what we share when it comes to dream icons. I tried to layer in with my own stuff, what other people dream of as well. This becomes not only my dream movie, but for someone who suffers from sleep paralysis or nightmares, they might actually see something in the movie that really connects to them personally.”

Burns also spent time watching and rewatching the Rodney Ascher documentary,The Nightmare, which looks into the very real and scary phenomenon of sleep paralysis. “The kind of sleep paralysis when you see a shadow, because I saw a shadow when I was a kid. It freaked me out but it also gave me a filmmaker’s rush of excitement.”

While movies being shot in Edmonton are still a rarity, Burns thinks Come True will only be the beginning when it comes to him using the city as the backdrop for his work.

“Coming back to Edmonton and shooting films, I realized just what a great place it would be for my career going forward. I can now build my career here… I am from here, but I had to leave in order to build the career. There isn’t the sort of work available here to support a career right from the beginning. I am hoping to change that within the next 10 years. Bringing people to Alberta is on my list of things to do because it is a wonderful place to shoot. There’s more to be shot here than Westerns.” 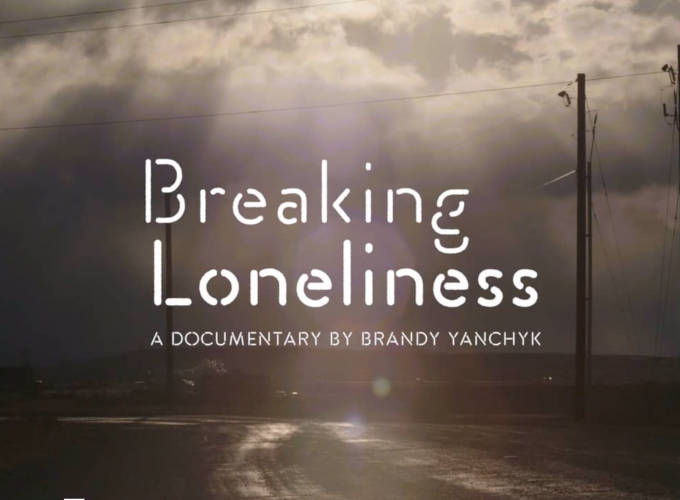