A Force Of Nature

From Morinville to Oxford to Ottawa, Randy Boissonnault hasn't let anything stand in the way of getting what he wants
By Trisha Estabrooks

Three decades ago, Randy Boissonnault taught an election jingle to a group of teenagers in Morinville. He was running for student council at Georges H. Primeau School, one of his earliest forays into politics, so he taught some classmates to sing – and, more importantly, spell – his name. It made for a giggle among junior high kids, but it had a political purpose. Even as a teenager, Boissonnault knew the importance of name recognition.

“Everyone knew that was Randy and everyone used to joke, ‘This is the future prime minister,'” says Cary Royan, a friend who has known Boissonnault since kindergarten. “He has always had that drive to help people, and I’m excited for him now.”

He may not be prime minister yet, but Boissonnault fulfilled his lifelong political ambitions when he was voted in as one of four Liberal MPs from Alberta in the 2015 federal election.

“I was 12 watching Pierre Elliot Trudeau and Joe Clark,” says Boissonnault, 45, quickly and with conviction. “I would see images of the Parliament building and think, ‘I want to be there. I want to help with the country.'”

A Rhodes Scholar, entrepreneur and co-founder of the non-profit organization Literacy Without Borders, Boissonnault is curious, smart, funny and is what campaign manager Christian Idicula calls a “force of nature.” “He would be at the doors constantly, even if it had been a long day and his legs were tired,” says Idicula. “He wasn’t going to leave any door unknocked.”

When Boissonnault’s French wasn’t good enough to land a job as a parliamentary guide in Ottawa, he studied harder. Later, when he was given a chance to try out for the Oxford Blues, a hockey team made up of Rhodes scholars at the famous English university, he laced up his skates, despite having played hockey just a few times. Friends say that, if Boissonnault doesn’t know how to do something, he’ll teach himself.

He recounts stories from the campaign and a smile consumes his face. He laughs loudly inside what he affectionately calls one of his “living rooms,” Duchess Bake Shop.

Boissonnault has been to every federal Liberal leadership race since he could vote and his ascent to political office has been a long-term goal. A consummate student, Boissonnault says he had a lot to learn before becoming a politician.

And then there was his sexuality. He has been openly gay since he was 27, but says he was told as recently as 2012 that, as a gay man, he wouldn’t win in Edmonton. Boissonnault won’t say who told him that, but he will say the election of Don Iveson as mayor signaled a generational shift in the city. That shift, hard work and the support of his family and the Liberal team across the country are what Boissonnault credits for his win.

“I hope politics doesn’t turn him negative, because he has always been such a positive guy,” recalls Royan, adding that Boissonnault was always the energetic one in his family. Boissonnault remembers that, but he also remembers being “the fat kid,” a moniker he carried until he completed an ironman triathlon in 2007 in memory of his sister, who died suddenly at age 20 when Boissonnault was 27.

Family is important to Boissonnault and he’s eager to share stories about his own. His sister Lisa’s heart stopped while she was at her desk at work. Boissonnault says the cause of death remains a mystery – something that doesn’t sit well with someone who is quick with answers for most questions.

Like Randy, Lisa was adopted. Since her death, Boissonnault has met her birth parents, but not his own. He’s not overly focused on it, he says, but someday he would like to thank them for their choice.

That choice, he says, gave him a family of which he’s fiercely proud. He was raised Catholic by a mother who volunteered in the Morinville community (and on his campaign) and drove a forklift at one point. His father was a heavy-duty mechanic and also an avid volunteer before he passed away in 2011.”Growing up in a small town, you don’t get to be a tall poppy without a lot of humility,” he says.

“You have to remember where you come from all the time.”

These are words he continues to live by. Thirty-five friends and family members came from all over to witness Boissonnault take his oath as an MP in Ottawa.

Boissonnault is where he dreamed he’d be and where those who have known him the longest always knew he’d end up. Still, he claims he doesn’t fit into any boxes easily. But he’s in one now as the MP for Edmonton-Centre and the parliamentary secretary to the minister of Canadian heritage. It seems to be a good fit for him, though, and if he can keep teaching himself new things, more people may be learning his name.

This article appeared in the May 2016 issue of Avenue Edmonton. 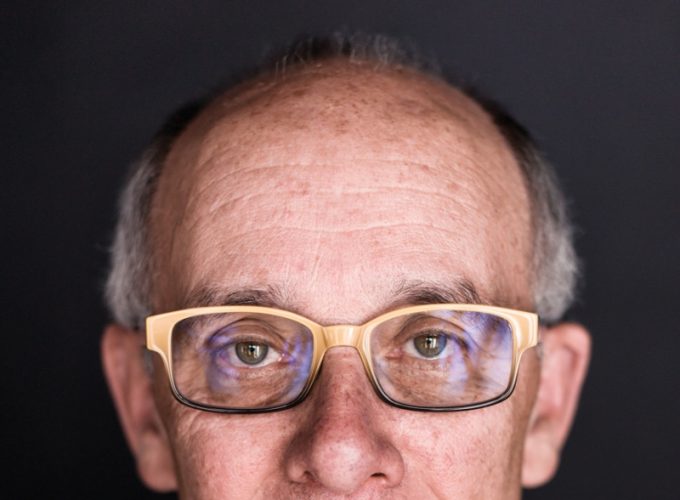