New U of A president faces unprecedented challenges.
By Cory Schachtel | April 5, 2021

When I meet Bill Flanagan and his husband, Saffron Sri, in their Glenora home, just a few beautiful steps from the river valley, Flanagan greets me with the unnecessary apology we’re all now familiar with: “Sorry, I was on a Zoom call.”

The new president of the University of Alberta does go to the office regularly, but he’s yet to see the campus come alive with the young minds that will forge Alberta’s future. He describes the mood there as “challenging,” but I suspect he would’ve used that word even if his tenure didn’t start four months into a worldwide pandemic.

The Alberta government cut the university’s funding by $170 million over the last two and a half years. Flanagan was surprised by the scale and timeframe of the cuts, “But it’s also a significant opportunity for the university to undertake some structural reform that is perhaps long overdue,” he says. “Universities are complex, small-c-conservative organizations that are somewhat resistant to change, so this is an opportunity for our university to come together.”

It’s a polite, even admirable way of framing historically drastic cuts, but surely it must feel like he’s starting a new job with one hand tied behind his back. Flanagan offers a stoic take: “I would prefer that the pressures not be so large and sudden, but that’s all beyond my control. When you talk about strategic change in an organization, it’s often said that you need a shared sense of urgency, and that can be difficult to achieve in good times. This is a palpable, very acutely shared sense of urgency.”

He brings up his father, who grew up in Medicine Hat during the Great Depression, to put our current struggles in perspective. “Going to university, for example, would have been unheard of,” he says. “But with the support that was offered veterans following World War Two, he was able to attend the U of A and become a teacher.” Pointing to the old green yearbooks on the living room cabinet beside us, he says going to university changed his father’s life — and his mother’s, who also became a teacher — “and it underscores the need to make sure a university education remains accessible to all students with financial need.”

Which brings us to tuition increase. Flanagan cites an Albertan advantage: the number of high-school students projects to increase as much as 25 per cent in the next two to five years, which can grow enrolment and expand the revenue base. But it must be done efficiently. An across-the-board tuition freeze or decrease sounds good, but it’s too blunt for Flanagan, who favours a progressive system where wealthy families actually pay more, as grant support, and students with financial needs “should, in effect, be able to attend university tuition-free.”

When we meet, Flanagan is a week away from talking with the premier. His biggest ask? To deconsolidate the university from the provincial budget, the same as other top universities in Canada, in order to generate new revenue, take out loans and use reserve funds to cover severance and COVID costs — all of which is restricted because, from an accounting perspective, the government controls the university’s revenues and expenditures. “I don’t want to just be the president of cost containment, I want to be the president of growth. I want to expand enrolment, seek new sources of revenue and reduce our dependence on provincial grants, but we can’t do any of that. We’re not asking for more money, we’re asking the government to untie our hands.”

A large institution seeking less government regulation sounds like a big-c-conservative government’s dream, and so far, Flanagan feels heard. The concern comes with the university’s assets, specifically its $1.5-billion donor endowment. It’s not money the government could spend, but it looks good on the books, and deconsolidation would make it disappear. So it’s a battle between the university’s long-term goals and the government’s short-term financial — and political — pressures.

Flanagan considered politics as a career, and actually took a few steps down that path. His uncle on his mother’s side was Jack Horner, who, when Flanagan was 17, famously crossed the floor to join Pierre Trudeau’s government and become minister of industry, trade and commerce — a “great controversy within the heart of the family.” As a page in the House of Commons at the time, Flanagan saw his uncle in action, which included an introduction between the future U of A president and the father of five-year-old Justin, on one condition. “He wanted me to address him in French because he wanted the prime minister to know that a member of his family spoke French,” Flanagan laughs. “Pierre Trudeau was very gracious, absolutely delighted to meet me. And I think he really enjoyed Jack because you couldn’t think of two people from more different backgrounds.” 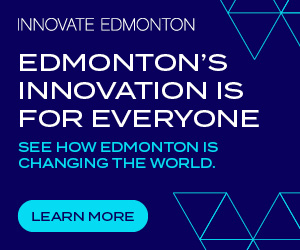 But as the fourth of five children (two brothers and sisters) who escaped rural life in Lacombe through books, the pull of academia was always strong, and Ottawa (Carleton), where he got his BA in English and Philosophy, wasn’t global enough. “I was one of these kids who grew up in a small town just dying to see the world. I would always say I want to live in New York, and I want to live in Paris.” So, he did graduate work at Columbia University in New York City and went to Sorbonne University in Paris. He got his Juris Doctor at the University of Toronto, and considered going into law — which he thinks of as “applied philosophy” — but ended up teaching it at Queen’s University in Kingston, Ontario, instead, eventually becoming the faculty of law dean until his departure west. But he didn’t head back home alone.

Saffron Sri was born in Sri Lanka and grew up in Toronto after his family moved there when he was 13, in 1993. Working as a dietitian in the early 2000s, he took a job with Sodexo, a multinational food service and facilities management company in Vancouver and, after moving into management in the same company, took another in Kingston, Ontario. When they first met, Sri told Flanagan that he “should probably ask me out on a date.” And Flanagan did… a week later when they met again in Toronto. “He gave me a window of probably an hour to make it to this date, which in Toronto means someone else better dropped out.”

“I had a friend whose son was performing in the ballet, and she had extra tickets. It was all very sudden,” Flanagan clarifies. “And she said, ‘Would you like to invite someone?’ And I said I was told to invite someone on a date, so I will!”

When it came time to propose, which Sri also told him to do, Flanagan went ring shopping with a female friend. The store clerk brought them to “the big rocks,” but he said, “Oh, no, I can’t afford to marry a girl.” He bought a ring for each of them since, as Sri says, “there’s no protocol,” and managed to surprise his usually expectant partner after dinner in Mexico. 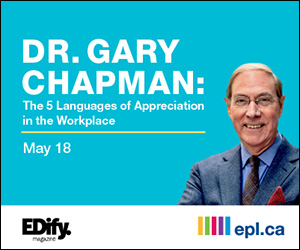 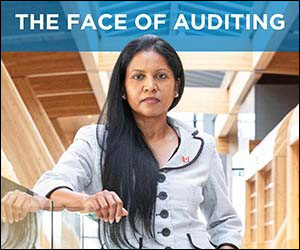 The happy couple arrived in Edmonton in decidedly unhappy times — because of the pandemic, but also because Flanagan’s father passed away in 2019. “And I never got the chance to meet his mother,” says Sri, whose parents and brother live in Calgary. “But when this opportunity came up, I just thought, my god, can you imagine how proud they would be to see him as president, as U of A grads themselves?” He explains how challenging it was to move here and not experience Edmonton under normal conditions — no festivals, or large gatherings with friends, on top of his husband working at a student-free university — but the nearby river valley is always open for their bike rides together, and “I always say that you can throw us anywhere in the world, and we will make our own fun adventure.”

Adventure sums up well Flanagan’s life so far, in the sense that, while it’s always had an academic bent, it’s never had a clear-cut plan. “No, it wasn’t particularly well directed,” he says. “There’s rarely a clear path in anyone’s life. When students arrive at university and say, ‘I’m going to study X and do Y,’ I always smile and say, ‘Maybe.’ Universities are such fascinating places, so don’t feel you need to have all the answers now, because if you think you do, you’re probably wrong. Life will take you in a million different directions, and that’s a wonderful thing.” 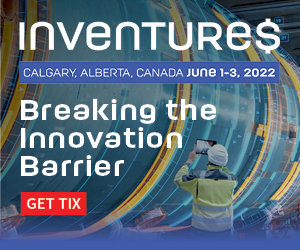 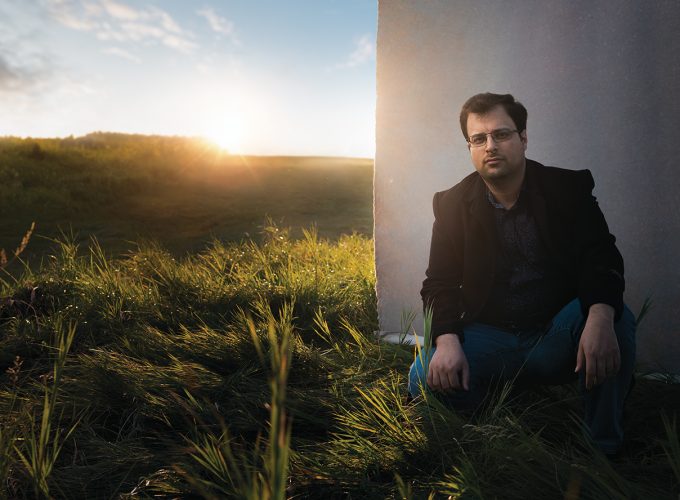