Expert: What I Know About … Hanukkah

The traditions and tales behind Hannukah.
By Sydnee Bryant | December 2, 2013 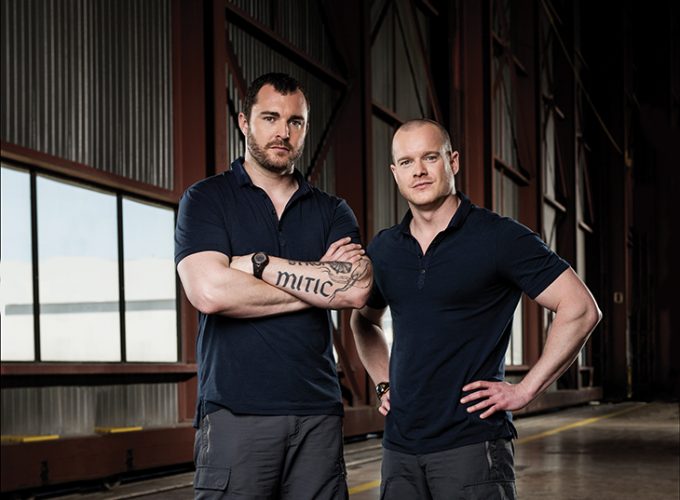 People Fight to the Finish Two brothers travel across the country, busking for change, building igloos and searching for Ogopogo on The Amazing Race Canada. Read More

Experience: During his youth, Rabbi Kliel Rose attended several Jewish overnight camps. But he was somewhat hesitant to take on a leadership role, despite the fact that his father was a rabbi and professor. When Rose was 24 years old, a mentor offered him greater responsibility as a staff member at one of the camps. “This had a profound impact on me and it ultimately led to my interest in becoming a rabbi,” he says.

Rose, who was born in Jerusalem and grew up in Winnipeg, completed his undergraduate degree in Judaic studies at Gratz College in the Philadelphia suburbs. He did his master’s degree at the Jewish Theological Seminary in New York City and received the distinguished Marshall T. Meyer Rabbinic Fellowship.

He became ordained in 2004 and worked as the rabbi at Temple Emanu-El in Miami Beach for three years. After that, he moved to Nashville, where he was the spiritual leader of West End Synagogue until five months ago, when he moved to Edmonton with his wife and their four children. In August, his wife gave birth to their fifth child.

Now, as he prepares to celebrate his first Hanukkah in his new home, Rose shares with us some of the traditions and ideas behind this Jewish holiday.

-“The Jewish calendar is a quasi-lunar calendar. There’s an intricate system. Often, Hannukah is aligned or close to when Christmas is happening. I think that’s part of why, in North America, Hanukkah gets so much publicity and media attention. What’s interesting about Hanukkah is that it’s a great holiday and I love that people celebrate it but, in the Jewish calendar, it’s considered to be a minor holiday. A holiday like Passover is a major holiday. I think people understand there are differences [between Hanukkah and Christmas] but that there is a desire on the part of North American Jews for people to have their own festival of lights, if you will. It’s a time of year when darkness is so prevalent.

-“Hanukkah always lasts eight days. In part, the folklore around this is that when King Antiochus of the Syrian-Greek army entered into Jerusalem, he and his [army] destroyed the temple. Once the Maccabees, a small army of Jews, were able to defeat a much greater, larger army, they returned to the temple and found it completely decimated. They looked to light the candelabra – the menorah – and the legend goes that a small child found enough oil to last one day. But the miracle is that it lasted eight days. In memory of that event, we light the menorah for eight days.

-“We begin each night of Hanukkah with the obligation to light candles. On day one, we start with one light. You have what’s also known as the shamash – the one used to light the others – the helping candle, if you will. Each additional night, just as the sun goes down, we light another candle. From a Jewish legal perspective, you’re required to light the candles and you’re required to do it in a place that’s visible to the public, so people often do it in their windows that face the street. But, because it is a minor holiday, you generally don’t have to take time off from work.

-“People hand out chocolate money, what’s known in Yiddish as gelt. The idea is that you’re collecting these sweet things and that highlights the joy of this particular holiday. I can remember, as a little boy, getting not just chocolate coins but also silver dollars.

-“One of the customs is the idea of giving gifts. In North America, I think we had a desire to [make Hanukkah festive] , like Christmas. There’s been a long tradition of giving these chocolate candies and other items, but what’s developed now is this highly commercialized celebration where kids expect to get gifts almost every night.

-“In our synagogue, we have a service every day during Hanukkah, in the morning. In most synagogues, Shabbat – the Sabbath – is when most people are going to come to the synagogue. We have one night that we dedicate to having a festive meal. There’s also this lovely custom of having a carnival for Hanukkah, so we’ll do that during the day, on a Sunday. It brings a lot of good cheer and good feelings to people.

-“What we see with every Jewish holiday is that there is always concern for those less fortunate. Hanukkah is a time, like Christmas, when we start to collect for those in need. The local Jewish Family Services will collect toys and food so that families can enjoy Hanukkah in the best way possible.”