Expert: What I Know About… Making Mascots 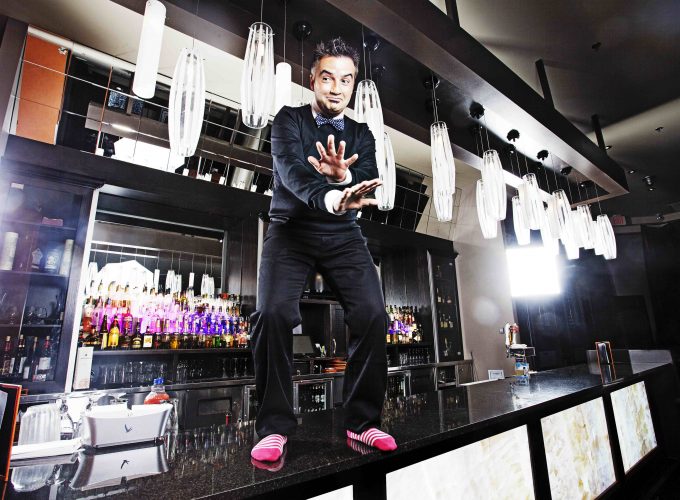 EXPERIENCE: A mascot costume takes between 85 and 200 hours to progress from concept to finished product, Joel Leveille explains, depending on the complexity of the project. He’s the president of International Mascot Corporation, headquartered here in Edmonton, and the local operation churns out around 700 colourful costumes each year, with 500 more coming from the subsidiary office in Atlanta. A slight majority are for established characters like the Edmonton Eskimos’ Punter (which IMC designed) or Chuck of Angry Birds fame – the remainders are original characters built from scratch to meet the needs of clients from industries ranging from universities and emergency services to the Canadian Coast Guard.

When Toys “R” Us decided in 2003 to redesign its mascot, Geoffrey the Giraffe, it went to IMC for the 700 costumes the retailer required. “It was a year’s worth of work to be completed in three and a half months,” says Leveille, “and the most challenging thing was we had the rest of our regular business to conduct at the same time.” IMC rose to the challenge, and was contacted by Toys “R” Us in 2009, when the toy company decided to redesign its mascot yet again. Presently, 120 of the refreshed giraffes are in various stages of completion in one of IMC’s four bays.

“We’re more than a little costume shop,” Leveille says of the operation, which works with clients in more than 64 countries. “Everything that we make brings smiles and happiness to people. It’s kind of nice to be building a project like that.”

“How we got into the business was by accident. A few business partners and myself owned a business called Scheme-A-Dream. We did singing telegrams and balloon deliveries – so I can sing and dance. We decided we wanted to have our own group of characters delivering balloons and entertaining kids at parties. People started to ask where they could have their own characters made and it took off from there.

“In terms of making costumes, we have three different types: the traditional meet-and-greet costumes, aquatic costumes designed to go into water safely [so the person wearing them doesn’t drown] and inflatable costumes.

“Images are created – front, side and profile views – which help to give the artist a bit of an understanding of perspective. We also have source materials – that can be a figurine, a maquette or even a plush toy. From there, we take measurements and use the artist’s interpretation to determine how big the costume will be overall, where the person will look out of it and how it will sit on the person.

“One of the more challenging projects was for Batman Begins and The Dark Knight. [The client] required exact duplication [of the costume in the movie] with no moulds to be provided. Cowl, belt, gauntlets, boots, cape – the whole ball of wax. The prototype took me three and a half months to create … the finished costume sold for $35,000.

“The most important thing here is people; if we didn’t have the people, we wouldn’t be able to create what we create. They come from backgrounds as diverse as theatre production, graphic design, fashion design, prop art, sculpting and sewing.”