When a young Peter van Stolk was entering Grade 10, he had an important decision to make.

The young van Stolk looked at his prospects. He wasn’t an academic, he wasn’t a fast runner and he couldn’t play football. To him, there was really only one clear option. “Truth be known, I got high in my first Grade 10 math class,” says van Stolk. “I remember putting my head down, drooling and thinking, ‘Man, if I ever do this again, I’ll never get out of high school.’ That was the last time I smoked weed because I could always remember that pool of drool and it dripping down my neck.”

But van Stolk found his own way. He forged his own social network. “I bet the people who go out and do the greatest things are the ones that didn’t really fit in the cliquey groups,” he says. He echoes that sentiment repeatedly throughout conversation as if it’s his mantra. “Entrepreneurs have to blaze their own trail,” repeats the thin, angular 51-year-old. It may seem like a clichéd statement but, coming from the founder and former CEO of the Jones Soda Co., it rings true nonetheless.

After all, Jones Soda – the alternative choice for the Gen-X skaters, heads and those eschewing corporate giants such as Coke or Pepsi in the ’90s and early 2000s – was among the first companies to engage its customers in the new technological arena of Internet and social media, a hurdle most corporations still struggle with today. As if predicting the selfie-crazed culture of Instagram and Facebook, van Stolk spearheaded the soda company’s move to crowdsource photos from its customers, repurposing them as personalized bottle labels. It was one of the first viral marketing campaigns and it gained a cult following for the company, growing Jones Soda into one of the most recognizable underdogs of the era. Now the CEO of SPUD (Sustainable Produce Urban Delivery), van Stolk has returned, in a sense, to the profession in which he began – selling produce to Edmontonians. He joined the Vancouver-based online organic grocery delivery service with locations inVancouver, Victoria, Calgary, Seattle, San Francisco and Los Angeles in 2010. And, on occasion, the new job brings him back to his hometown of Edmonton – the most recent city in the expansion of the growing venture.

For the Vancouver-based produce-slinger, Edmonton and the entrepreneurial spirit go hand-in-hand. It was in Edmonton during the early ’80s that he first found his passion for business – selling produce to pedestrians on Sir Winston Churchill Square. “It was Edmonton’s first food truck,” jokes Lorraine Swift, a childhood friend of van Stolk’s.

“I had a plan that I was going to be a millionaire by 27,” says van Stolk. “My friends thought I was a nutjob because I had a date set and I was going to do that.” The young entrepreneur rented a church basement, cut up fresh fruit he bought from a local market and sold it on a cart called Fruit for Thought in front of Churchill Square and another a few blocks away, offering a healthy option to downtown office workers.

“We made a buttload of cash. It was incredible. So many people came by like: ‘I need fruit! I need fruit!’ And I made so much money, I thought, ‘This is it! I’m going to be a millionaire selling fruit!'” Of course, by the time winter set in, things were a little different. Van Stolk laughs: “We all know Edmonton, by the time September rolled around and the temperature hit 30 below, there was nothing on the street. Then I had to back that puppy up.” Rethinking his get-rich strategy, he struck out into unchartered territory, first by securing the rights to glacier ice from a company in Canmore. “The idea was to sell the ice in the United States for high-end scotches and whiskeys,” says van Stolk. “Once I had secured the rights to the ice, I was going to trade them for the rights to this orange juice out of California. This is a true story – I can’t make this shit up.”

Though van Stolk’s valiant attempt at the trade failed – he caught a red-eye to New York carrying a cooler full of glacier ice, arrived at the meeting and was unceremoniously laughed out of the room – he ended up securing the orange juice by selling everything he owned, including his car, to get the funding. He brought in a shipment to Edmonton, only to find what he had bought was the thickest, pulpiest orange juice he’d ever seen. “You could stick a spoon in it,” says van Stolk. He made the best of the bunk deal by taking what he calls a car-salesman approach, selling customers on the weight-loss advantages of a heavily pulped fruit juice. His pitch worked, as $11,000 in first-year sales skyrocketed to $1 million by the fourth year.

He then stretched out into securing the Canadian rights to distribute a then-unheard-of iced tea brand, AriZona Iced Tea, under his company, Urban Juice and Soda. By 1996, van Stolk was making his own natural sodas, and sold AriZona Iced Tea in order to reimagine his business as the now familiar Jones Soda Co. He then moved the operation to Seattle and brought the company public. “I took over. Then I walked the walk and talked the talk. I can honestly say I haven’t done that all the time in my life, but this time I did.” By 2005, Jones Soda could be found in nearly every Starbucks and Target in North America. Van Stolk had grown his project into an international brand. He had been recognized by The Wall Street Journal, People Magazine, Forbes, and had been named one of Maclean‘s Top 100 Canadians. But it was this golden age of the soft drink company that van Stolk reflects on with tinge of regret. “I’ve made a few mistakes,” he says. “One being that, when I was offered to sell Jones, I decided not to sell until it was worth more. So I ended up $50 million to $70 million on the wrong side. Most people never get to be in the position of being offered $70 million – and not many people are stupid enough not to take it.” The regret may come from the fact that, only two years later, the company took a 79 per cent hit in its market share, and van Stolk stepped down as CEO, though with a sizeable $350,000 severance package. The move came on the heels of several lawsuits filed against van Stolk and Jones Soda Co. for allegedly misleading investors by inflating the company’s share price before releasing poor earnings reports, leading to a price plunge – the stock went from $31.54 a share to $15.30 in a matter of months.

In a December 2007 statement from Jones Soda Co., van Stolk indicated he had always intended on leaving the board at the end of that year. In the same statement, board member Scott Bedbury stated: “Peter has established himself as one of the most successful visionaries and innovators in the beverage business. We are fortunate to have him continue as a member of the board of directors and to help us build shareholder value well into the future.”

Perhaps capitalizing on his reputation for out-of-the-box thinking – something that made him a sought-after commodity for speaking engagements throughout North America – van Stolk formed a consulting firm, The Treefort Group, in 2008. But it wasn’t until 2010, when his banker called him about a possible investment opportunity – what was then called Small Potatoes Urban Delivery – that he found himself back in the CEO chair.

Though at first the entrepreneur wasn’t sold on the company, he eventually bought in. “Actually I bought in by restructuring the company so that I could restructure. That’s how you buy in.” says van Stolk – half in jest. “SPUD is an interesting thing. When I took over, the financial situation wasn’t what was expressed.” According to him, the company had two years worth of bills in the amount of $1.9 million, payable to the small farmers and producers from which the company bought its product. After taking the reigns, paying the bills was van Stolk’s first priority. “I took over. Then I walked the walk and talked the talk. I can honestly say I haven’t done that all the time in my life, but this time I did.”

While sharing anecdotes through subdued laughs, the entrepreneur speaks frankly and freely. Perhaps it’s part of why van Stolk, touted for years as a marketing maverick, has had such success and such volatile changes in his entrepreneurship – he doesn’t seem to care what others think. He does as he does and expects that others will follow.

“I think that is sort of the tone of Edmonton right now, too,” says van Stolk. “Does Edmonton really care about what Seattle is doing or what Calgarians do? Edmonton cares about what Edmonton wants to do. It’s something that others will follow – being a leader. And that’s part of why I chose it as SPUD’s next city: its entrepreneurial spirit.” 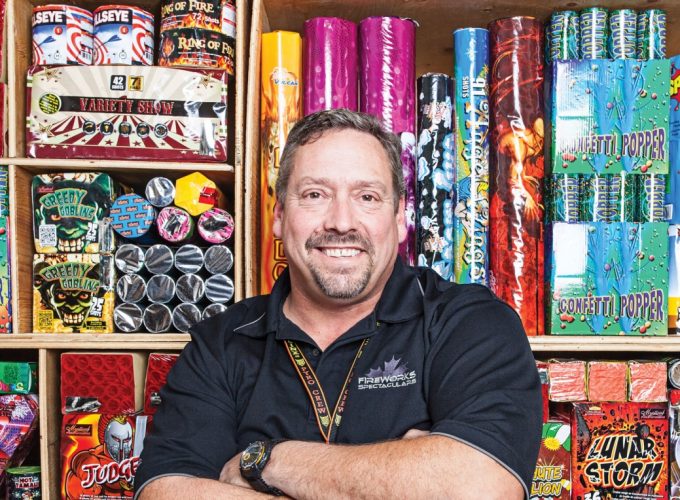 People The Expert: What I Know About … Fireworks Everything there is to know about creating an explosive display. Read More 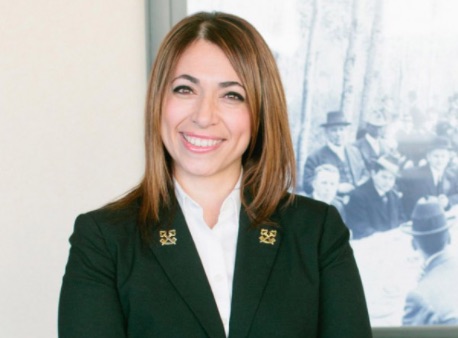