Why Paula Simons went from being Edmonton's best-known columnist to the Senate
By Breanna Mroczek | July 8, 2022

It is perhaps appropriate that news of Paula Simons’s appointment to the Senate, and subsequent end to her 30-year journalism career at the Edmonton Journal, was scooped by a journalist. Simons had been keeping the news a secret, but about an hour before the Office of the Prime Minister made the announcement in October 2018, journalist Dale Smith just tweeted it out. Simons recalls sitting in the newsroom, trying to write her column before the news broke, when her coworkers started popping their heads up from between their cubicles like gophers, asking her, “Is it true? Is it true?!”

It was true. After a series of staggering layoffs at the Edmonton Journal in 2016, coupled with the fragile state of the Canadian media industry, Simons started to consider other career possibilities. “It was difficult because I saw myself as a journalist, I defined myself as a journalist, and the Journal had been very, very good to me,” Simons says.

“But I wanted to do something where I could still feel good about doing public service and serving the community. And, to be very blunt, at that point I was in my early 50s and wanted to find something that would allow me to support my family and save for retirement.”

When someone suggested she apply to be a senator, Simons initially laughed off the idea. But when she mentioned it to her sisters-in-law and brother, they enthusiastically encouraged her to apply. Being a senator would allow her to continue to champion the same issues she had embraced as a columnist, and would offer job security journalism did not. “[Applying] was a combination of idealism, and brass-tacks practicality,” Simons says.

If you spend any time on social media — Simons herself is very active on Twitter @Paulatics — you have observed that Edmontonians, Albertans and Canadians have become increasingly more divided and partisan during the pandemic. However, the Canadian Senate is arguably the least partisan it has ever been. Up until 2015, senators were patronage appointments chosen by the Prime Minister, often based on party affiliation and loyalty. In the wake of a series of Senate scandals leading up to 2015, Liberal leader Justin Trudeau removed all of the Liberal senators from his caucus and, when he was elected Prime Minister, reformed the Senate so that it is now based on an open, competitive application process. Applicants are then evaluated based on professional excellence, community service, and understanding of Canadian governance. Currently, only 16 of 105 senators formally belong to a political party (the CPC). Simons herself is an independent Senator.

“At a time when people talk about how Canadians are becoming more partisan, I think the Senate sets a really important example of how you can actually do good public policy analysis from a non-partisan perspective,” Simons says. “It has given the Senate a kind of political integrity and respect that it hasn’t had at every point in its history, that in turn gives it much more power. The Prime Minister cannot count on senators to just vote a party line to vote the way he tells them to. The government has to fight for every vote and lobby for every vote. The Senate is in a process of extraordinary reform and revolution.”

Despite most of her Senate career so far having taken place during a pandemic, Simons thinks that the Senate has had some extraordinary moments the past few years — most notably, the Bill C-7 debate related to medical aid and dying. “That debate was the best of the Senate during the most challenging of times,” Simons says. “People really spoke from their hearts based on their personal and professional experience. It was a privilege to be part of it. I almost forget sometimes that I wasn’t there in person, because it felt like we were so connected.”

When the “Freedom Convoy” protests moved into Ottawa earlier this year, the Parliamentary Protective Service advised that only senators needed for quorum should attend and everyone else should stay away. “They just couldn’t guarantee our safety,” Simons says.

Simons stayed in Edmonton, but admits her chronic fear of missing out makes her continue to question if it was the right decision. “The journalist in me wanted to be there, and it feels like I missed out on this historic moment.” But missing out in person didn’t prevent her from forming a strong opinion: “I think it is a scandal and an embarrassment that we ever needed to invoke the Emergencies Act,” Simons says. “I think it’s a shocking failure to contain the protest in the first place. I am really glad that there are going to be two full inquiries into what happened. I think we should use the Emergencies Act extremely sparingly.” The Senate had been asked to debate whether they supported the invocation, but the act was suspended before voting. “I did have a chance to give my speech, which was quite a fiery one,” Simons says.

As the Senate continues to debate and vote on Bills passed by the House of Commons, despite challenges caused by an ongoing pandemic and war in Ukraine, Simons is confident Senators are doing thoughtful, meaningful work for the benefit of all Canadians. “There are four Albertan senators — we should have six — and all of us are working very hard and very collegially to represent Alberta,” Simons says. “Even when we have different politics, we are all a pretty jolly group of Albertans who share a passion for this province.” People The Final Whistle for Dave Gantar He was the referee Canadian fans loved to hate; he’s chosen to leave on his own terms Read More 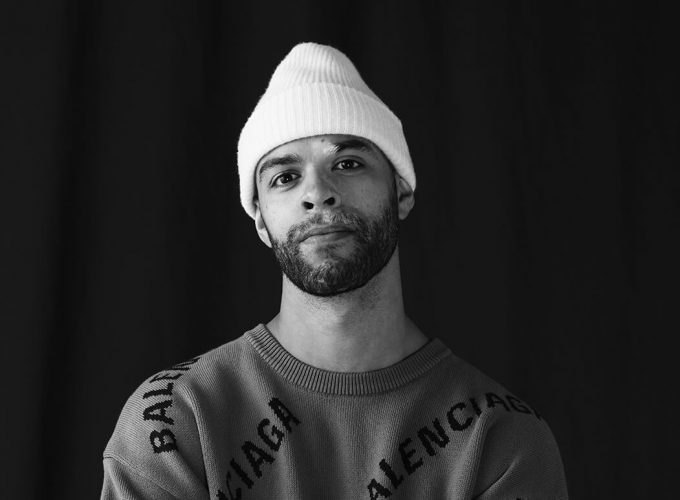