Olivia Cheng was at a gas station in Red Deer feeling stressed and guilty, asking herself “What am I doing?” over and over again. It was 2005, an era of pre-social media surveillance, but she was paranoid that someone she knew would see her. For the third Wednesday in a row, she had called in sick to her job as a reporter for Global News Edmonton in order to drive to Calgary and audition for an acting job on AMC’s Broken Trail, a TV miniseries being filmed in the area.

Every week I would audition, and they would cast someone else and I would be so disappointed because I risked my job,” Cheng recalls. “But then they’d want to recast and call me back. As soon as I walked into the casting room I was so happy to be acting for just five minutes.”

After her third audition, Cheng heard from an anxious casting director that the film’s director, Walter Hill, wanted to meet with her one-on-one the following Saturday.

“I knew that if I showed up to that meeting, I would get the role and I would be going in a direction where my life would completely change,” Cheng says. “Acting would no longer be a weird, fun experiment.”

Sure enough, Cheng got a part — but not the one she was expecting. Hill offered her a more difficult and emotional role than the one she had been auditioning for. Cheng said yes, to the part and to a whole new life.

Up until auditioning for Broken Trail, Cheng had limited acting experience. She’d taken some acting classes at Citadel Theatre as a child and there were some gigs as an extra in Hallmark Channel-style Christmas movies.

Instead, she envisioned a different sort of on-camera role as a television news anchor, and trained at NAIT’s Radio and Television Arts program. As a young reporter in her twenties for Global News, Cheng was gaining experience in front of the camera — including a segment that went viral internationally where she was voluntarily tased. Most important to her in a career was the ability to tell stories, and she took a leave of absence from television to write for the Edmonton Journal’s young adult-focused supplement, ED Magazine. “I wanted to tell stories that wouldn’t have been a fit for traditional broad-cast news,” Cheng says. “I had a real pulse on the youth culture scene in Edmonton, I was this little burgeoning hip hop-head.” But the story she is most proud of writing in her former journalism career is a personal article about her struggles with depression.

“Mental illness was really not discussed in my Chinese culture, it was not something I understood well at all,” Cheng recalls. “There was, and is, so much shame around depression. I wrote about my experience as candidly as I could. I hoped it would get people talking about mental health.”

Exceeding her expectations, the story was published on the front page of the Edmonton Journal and reprinted in publications across Canada. “It was the first time I realized that I could have a platform,” Cheng says. “I wanted to move into a different kind of storytelling, but I didn’t know what. I didn’t know what was next in my life. I was thinking about becoming a war journalist! I never planned on leaving Edmonton, and the possibility of making a living off of acting was just never some-thing I thought about. But then the chance to audition for Broken Trail came along, and I realized I had set limits on myself that didn’t allow me to explore who I truly was.”

Broken Trail co-star and executive producer, Robert Duvall, was the one who requested that Cheng be called back for subsequent auditions — and it turns out her hometown was an inadvertent asset. In 2006 Duvall told True West magazine “Olivia came from Edmonton. I was the one who found her on the tape out of about 135 actors across Canada, which I saw in one afternoon, and she stood out in a good way. And I figured, why not let Edmonton be represented, since we had good actors from other parts of Canada.”

After landing the role, Cheng quit her job at Global Edmonton and, except for a stint as a reporter for ET Canada, has been acting ever since. Her résumé includes more than 45 film and TV credits, including what is considered to be her breakout role playing Mei Lin on the popular (and infamously expensive) Netflix show, Marco Polo. Recently, Cheng starred as Ah Toy on the HBO Cinemax TV series, Warrior (season two just finished airing, and you can watch all episodes on Crave Canada). The drama, based on an original concept from Bruce Lee, follows a martial artist who has immigrated from China to San Francisco in the late 1870s and becomes involved in the Chinatown Tong Wars. The opportunity to be part of a show that depicts an important era in Asian North American history intrigued Cheng. Her parents co-founded the Mandarin Bilingual Program for the Edmonton Public School system, and instilled a strong sense of pride in Cheng for her culture and Chinese traditions.

“Warrior is not what you expect. It’s not your traditional historical show,” Cheng says. “It is fun and funny and entertaining. It touches on history and xenophobia and racism, but the characters, storylines, and relationships, are just so well developed. For season two, we [the cast] knew what we wanted to say and how to play our characters so much better. I’ve been on not-so-great shows, and I know a great show when I’m on one — and this is a great show.”

Being part of Warrior also gave Cheng the opportunity to work on a project executive produced by Lee’s daughter, Shannon, The Fast and the Furious franchise director Justin Lin, and author/screenwriter/producer Jonathan Tropper. “I thought it was such an interesting combination [of executive producers]” Cheng says. “If you have any inkling of Bruce Lee’s history in Hollywood, you know how important it is for Shannon Lee to give her blessing on anything that has to do with her father. Justin Lin is so important for Asian-Americans and Asian-Canadians because of the inroads he has made as a filmmaker. And Jonathan Tropper’s TV show, Banshee, was a guilty pleasure for so many people in the industry. I always heard it being talked about in Hollywood.”

Before Warrior’s second season debuted, Cheng told Vanity Fair that “the heroes of our show completely take the ‘model minority’ narrative and flip it on its ass.”

“Warrior actually depicts the era when the ‘model minority’ was born out of a necessity to survive,” Cheng elaborates for Edify.

“Chinese communities were encouraged to assimilate to survive in their new home. That was such a denial of culture and self. The heroes of Warrior embody the spirit of Bruce Lee, whose mere presence on screen was, and still is, a protest in itself. Our characters do not bow down, we do not accept white man’s rule, we subvert and fight.”

Cheng can currently be seen in a limited series adaptation of Stephen King’s The Stand on CBS.

When filming wrapped on the show in Vancouver in February 2020, the cast and crew didn’t yet have a sense of how eerily timely their show — about a post-apocalyptic world after a virus wipes out most of humankind — would be.

Cheng might not have been confident while sneaking away to auditions and pursuing acting, but it is clear now that she made the right decisions. As the co-lead on big name and big budget shows like Warrior, she very much belongs in transformative roles in front of the camera.

“Olivia understood that beneath Ah Toy’s beauty is a fierce intelligence, a very sophisticated world view, and a mental toughness born of suffering,” Tropper tells Edify. “It’s not easy to convey all of that, especially under all the makeup and accessories she had to wear, but Olivia can do it with a look, a smile, or a quick throwaway line. I think Olivia brings a deep and palpable compassion to the role and to set. You spend five minutes with Liv and you can feel how compassionate she is. Even when she’s acting, I think it’s this ability to empathize on a very deep level that informs her characters.

Today, Cheng uses the platform she’s gained as a Holly-wood actress to encourage others, especially friends
and acquaintances in Canada, to educate themselves about, and take action on, racial injustice. “Ask yourself, ‘How have I been complicit? What didn’t I know that I need to know now?’”

For the past 15 years as an actress, Cheng has continued to tell important stories and draw attention to underrepresented issues. She is confident she has found the right medium for her artistic expression.

This article appears in the Winter 2021 issue of Edify. 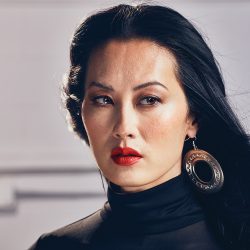 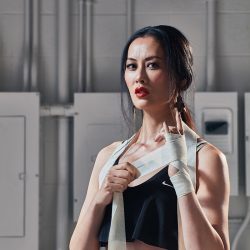 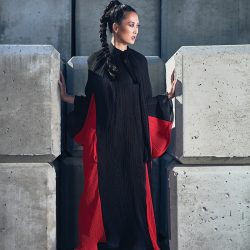 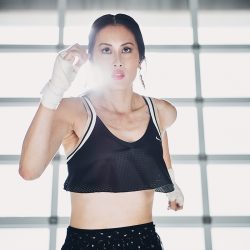 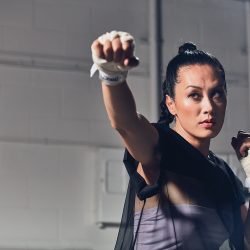 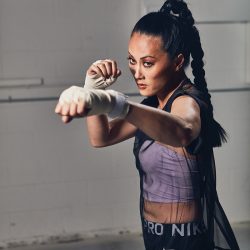 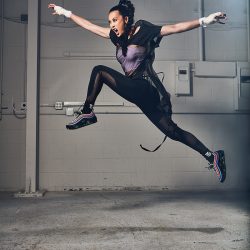 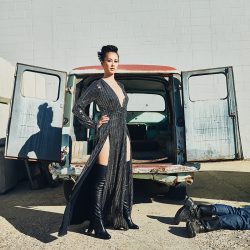