Lauren Gillis (aka Lucette) works with Grammy Award winners and has songs on hit shows, but she never strays from her hometown for long.
By Caroline Barlott | December 20, 2019 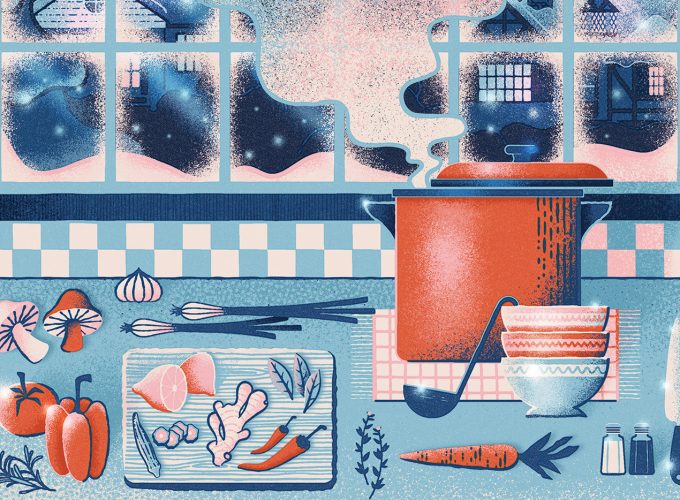 People #YEG: Perfect Place to Grow Twenty-seven years after first arriving in Edmonton, the city’s Poet Laureate reflects on his roots and how he overcame the challenges he faced. Read More 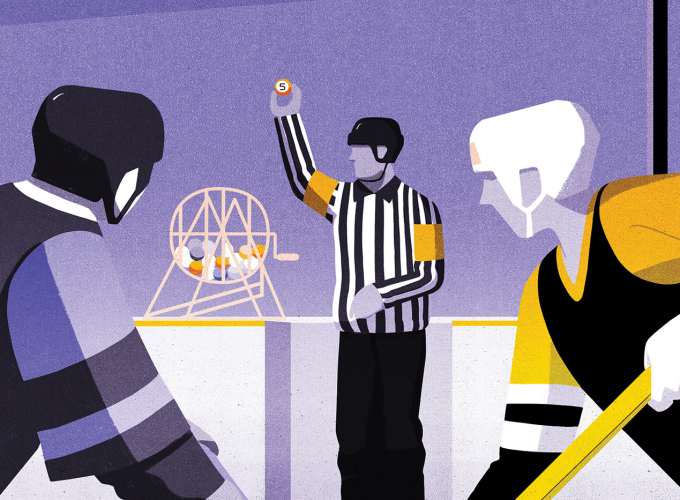 The hotel room was the most luxurious one Lauren Gillis (aka Lucette) had stayed in while on tour for her first album, Black is the Color. Opening for Grammy award-winner Sturgill Simpson, Gillis had been performing in big and small venues across North America for several months.

Normally, she would stay at whatever accommodations she could afford but, for this one-off show in Toronto, she was offered one of the deluxe suites complete with “bathrobes, Jacuzzis and the whole nine yards,” says Gillis. While the cost of the room was supposed to be covered, hotel staff made a mistake and charged $500 to her credit card. Outwardly it looked like she had it all, but the inside of her bank account told a different story. It was empty.

“And it was this big oxymoron of having no money but staying in this lavish hotel room. It was this metaphor for my life. It was this kind of ‘fake it until you make it’ attitude,” says Gillis. “I put pen to paper right in that hotel room and started writing a song.” That song became the title track for her next album that speaks to several aspects of the music industry — from its volatility to its constant objectification of women — along with romance and isolation.

Today, Gillis isn’t interested in faking it; she’d rather be as real as possible in her music, online and in person. “I think it’s unfulfilling for artists not to be honest. Instead of being jealous of each other’s opportunities and successes, I think we should be real with each other, and say, ‘It’s all amazing, but it’s still a grind.’”

It’s a Friday night, and Gillis stands framed in the door of her mom’s Crestwood gift shop, Harlow; she’s just finished one of the shifts that makes up her full-time job when she’s not on tour. Several tours have taken her to over 70 cities, 40 states and three Canadian provinces — she’s played alongside crossover artists Joe Ely, Alejandro Escovedo and new wave musicians Mason Jennings and David Ramirez. But tonight, she’s locking up the shop and getting ready for a quiet evening in Edmonton, a city she’s always called home.

As a young child, she took piano lessons — the result of that effort heard in the lilting opening of “Deluxe Hotel Room,” her new album’s title track — but even then, she realized the structure of classes wasn’t right for her. For Gillis, creative control is paramount; it shows in her work, which, so far, has been independently produced.

While some musicians are readily identifiable no matter the song, Gillis creates sounds so unique and diverse the tracks on Deluxe Hotel Room play like random, but beautifully classic, selections from a jukebox of varied genres and time periods. “I’m calling this country-infused dream pop. ‘Crazy Bird’ is like a mountain-country folk song but the way it’s produced it’s reminiscent of [French music duo] Air; ‘Angel’ has that Phil Spector ’60s vibe; and ‘Deluxe Hotel Room’ has a big string sound with a pop sensibility,” says Gillis.

As a teenager, Gillis took part in a concert produced by John Cameron, a local entrepreneur and mental-health advocate behind charity events such as the Singing Christmas Tree. Cameron saw potential in her talent and wanted to help her create an album. He introduced her to singer Michael Johns, who introduced her to Grammy award-winning producer Dave Cobb.

After watching Gillis perform both onstage and in the studio, Cameron knew she had the talent and motivation to succeed. “She’s not a belting, Celine Dion type. Lauren has a different style and tone that captivates you,” says Cameron.

Cameron says Gillis transformed from being a shy teenager, unsure of her talent, to a confident performer with a strong and distinct voice. “Her style of music is not everyone’s taste. Initially that probably would have ended her; but now, she knows where she wants to be, she knows the lane she wants to be in and nothing is going to stop her.” Six months after meeting Cameron, Gillis was in Nashville making her first album. “It was all very random, quick and surreal,” she says.

The video for “Bobby Reid” came out in 2014 before the album’s release, with singer/songwriter and actor Sturgill Simpson playing the part of the abusive partner. Simpson had already produced two independent albums, with his second nominated for a Grammy Award for Best Americana Album, listed 18th on Rolling Stone’s 50 Best Albums of 2014 and included in NPR’s 50 Favorite Albums of 2014. His third album was produced by Atlantic Records, and won a Grammy Award for Best Country Album and was nominated for Best Album of the Year, while his fourth was released in 2019.

The two musicians developed a long-term friendship and musical partnership; after Gillis went on tour with Simpson, he produced her second album. He gave Gillis one simple directive: Sing it like you mean it. All the songs were recorded within about six days. “So, it was like, no bullshit,” says Gillis. “He’s like, ‘Either the song is there or not.’ I had about 15 songs and we cut it to nine. But I think it was refreshing because there was no sort of fat on the whole album.”

It resulted in some of Gillis’s favourite work, that she says really reflects both her personality and why she writes music in the first place — to connect with her audience. “If someone is feeling sad or lonely, I want them to listen to my music and say, ‘I’m not the only one who feels this way.’ I want people to be empowered and realize they’re not crazy or flawed or lost,” she says.

Gillis’s work has been featured on several Spotify playlists, creating further opportunities for connection. “Black is the Color” was featured in the American TV series, South of Hell, and “Bobby Reid” was played in the opening of the Netflix special, Nanette.

For Gillis, the latter validated that she was creating music that resonated in a meaningful way. Hannah Gadsby, Australian comedian, presents Nanette as a comedy but, as it progresses, she critiques and deconstructs the medium, looking at issues of misogyny and homophobia through her own experience. Gillis was thrilled with the use of her song in such a powerful and honest show.

“I’ve realized in making music that the best art is genuine to people’s character,” says Gillis. It’s the only thing she can promise she’ll continue to do when it comes to music — stay true to what she thinks sounds and connects best — but beyond that she’s not sure where her passions will take her.

“Everything is wide open at this point, which is kind of cool. Who knows where the wind will take me? I feel as though good things are coming my way.”

See Lucette at the Empress January 10.