Jeff Grobman's signature looks are inspired by a lifetime of fashion, love, loss and success.
By Meaghan Baxter | January 31, 2017 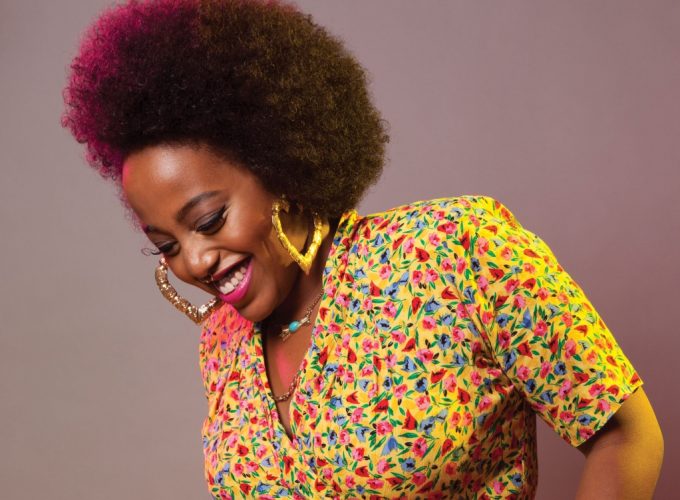 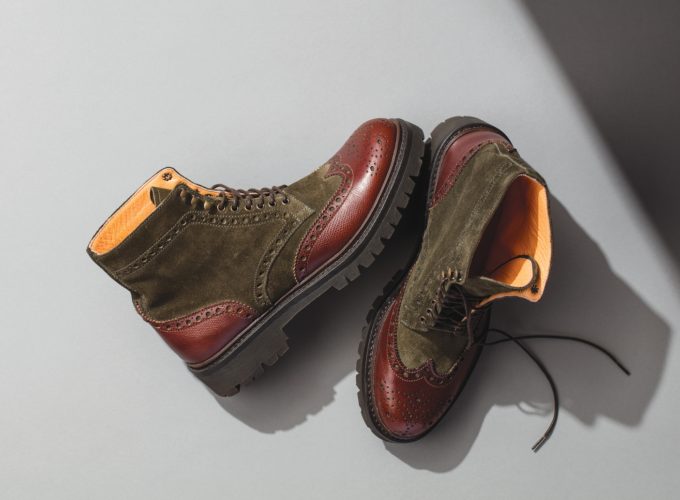 Style Walk Into Winter Boots that feel stylish while sloshing through the snow. Read More 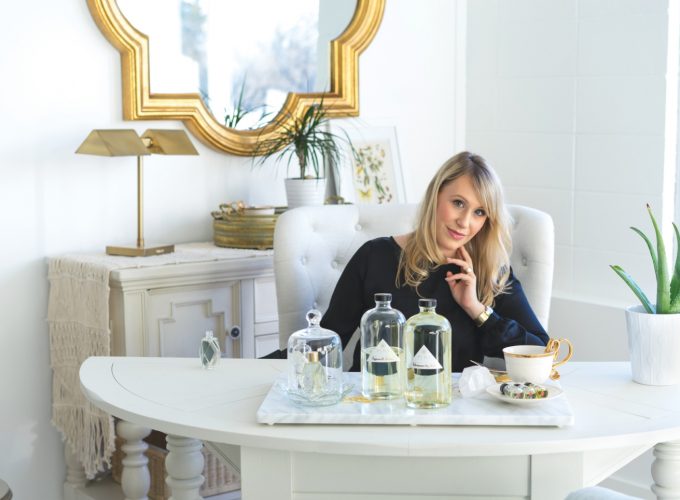 Style The Art of Personalized Perfume If you’re struggling to find the perfect scent, why not try to craft your own? Read More

Jeff Grobman is a man of juxtaposition. By day, the vice-president, Industrial and Brokerage, at Colliers International dons impeccably fitted tailored suits – which are promptly replaced after hours by T-shirts, jeans, fedoras and scarves – and the occasional cigar. But elements of his conservative professional attire offer hints of his eclectic personality – colourful socks, vivid patterned shirts and even a glimpse of intricate tattoos peeking out from his shirt cuffs.

Grobman grew up in North Battleford, Sask., which is admittedly not a fashion mecca, but he gained an appreciation for style through his family’s business, Grobman’s Department Store. His affinity for sartorial endeavours grew through his years working at Henry Singer, before selling RVs and eventually moving into real estate in 2000.

“I probably have one of the best jobs in the world. You reap what you sow, and your whole year depends upon the effort one puts into it – and of course the economy, which is out of your control,” says Grobman, who tried his hand at residential real estate before switching to commercial, which he prefers for its flexibility. “Retirement may just mean slowing down. You really can work forever in this job.”

The move to real estate has proven to be a positive one for Grobman, who has amassed numerous accolades including the title of Top Team Producer multiple times and was awarded a Cartier Roadster watch for reaching his $1-million commercial sales goal in 2006. And, while he can certainly dress the part of a successful realtor, Grobman has an entirely different – and just as sharp – sense of style in his off-hours. Theory shirt from Saks Fifth Avenue, Phoenix; Cyma WW2 watch from Derks; Borsalino fedora from Val Berg’s Menswear; Max Cole glasses from Hudson’s Bay

Probably contemporary Bohemian, because I’m so different when I get out of the office. The suit goes back in the closet and it’s T-shirts, jeans and hats. I just change completely.

How has your style changed in recent years?

My tastes for things in life have changed through the years, and my fashion has run parallel to these changes. Good, quality clothing endures the test of time.

How do you balance your personal style with your office style and inject some of that personality into it?

I like print shirts, coloured shirts. I love knit ties when I do wear ties – and bright ties. I love my bright socks. I always have a collection of very bright socks.

In the summertime, I love my shorts and my hats and scarves and T-shirts. That’s all I need.

How has your background working in stores like Henry Singer influenced your style?

I think I’ve had the opportunity to, because I like fashion so much and I was brought up in fashion – especially in North Battleford, it was a family store and we worked in the store and participated – and I always look at GQ and Sharp and the detail books and whatnot. Because I worked at Henry Singer, I understand how to put things together. But I do it for myself; I don’t do it because other people think it looks nice. When I shop, I shop on my own. If I see something I buy it because I like it – it’s got to look good right the first time. I don’t want to grow into it.

How do you feel about accessories?

I think it’s a very important part of an outfit. It all has to blend together and, if you have one piece that doesn’t fit with the others, you lose that balance.

I love Henry Singer for my suits, and when Val Berg’s was downtown I liked them. I get a few of my hats from them, and Borsalino hats. And Simons, I love.

What are your style pet peeves?

What I don’t like is guys who don’t have shiny shoes. They’ll have a beautiful suit and their shoes are old and broken down or not polished, and I think that just kills the whole flow of the ensemble.

I mean, if you have a nice suit and you go to the expense of putting something together, it’s like putting old tires on a brand-new car. It doesn’t work.

What does style mean to you?

It reflects my personality. And because I’m so different out-of-work to in-work, I surprise people when they see me in a different mode. I’m completely different, from a suit to my hats and my tattoos and pierced ears and whatnot, it throws people off.

It’s kind of fun to do that, though.

It is. That’s me, and I’m comfortable in that. And I love cigars, so, when I’m walking down with my hat and a cigar and a scarf, that’s just me. That’s the way I am.

When did you start getting your tattoos?

The first one I got when I was probably 16 years old. It was a small Alberta flower [on my forearm] , and I had to hide it from my parents. I could roll up my sleeves and it wouldn’t show it. And then I started getting tattoos when my wife got cancer in 2002. I started getting tattoos to pay tribute to her strength and her spirituality after she survived each operation. It was just having her in part of me all the time, and when she passed away in 2009, I had my last one done on my leg. All my tattoos are a journey of my wife’s bout with cancer. They tell a story. p.p1 {margin: 0.0px 0.0px 0.0px 0.0px; line-height: 10.0px; font: 7.0px ‘Helvetica Neue’}

Pastime: Music-listening and playing some

Barber: I go between Kyle at Base Salon and Michael at Headlines

This article appears in the February 2017 issue of Avenue Edmonton. Subscribe here. 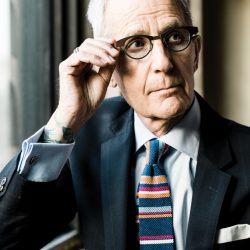 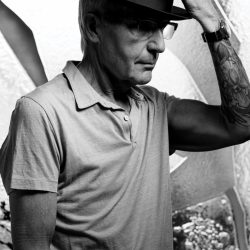 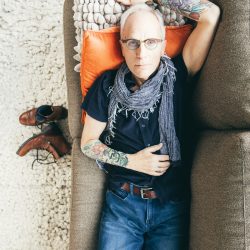 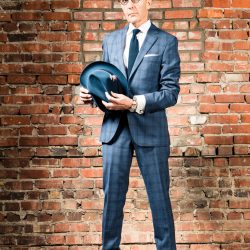