Curator Anne Bissonnette's love of historic style goes beyond hemlines as she explores the social, economic and environmental issues behind what we wear.
By Caroline Barlott | June 30, 2018 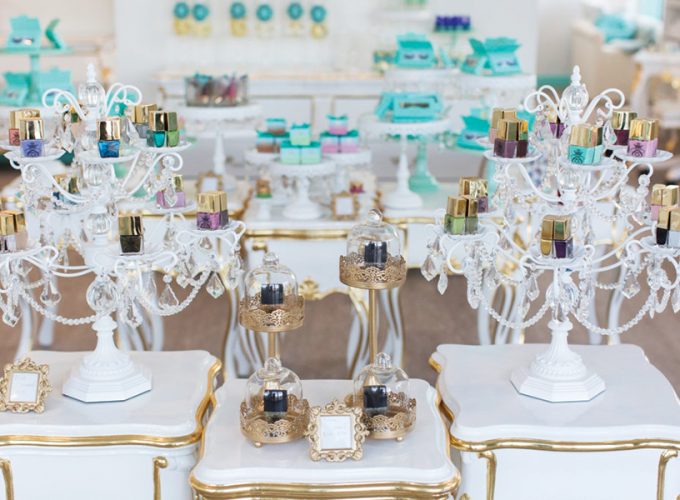 Style Bespoke Beauty This Sherwood Park company allows you to craft your own custom lipstick shades and more. Read More 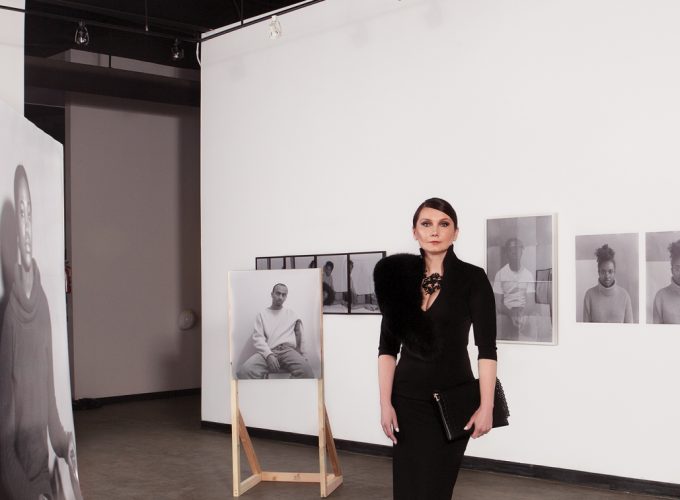 Style Express Yourself In both her professional and personal lives, fashion is Marta Krauze’s favourite form of communication. Read More 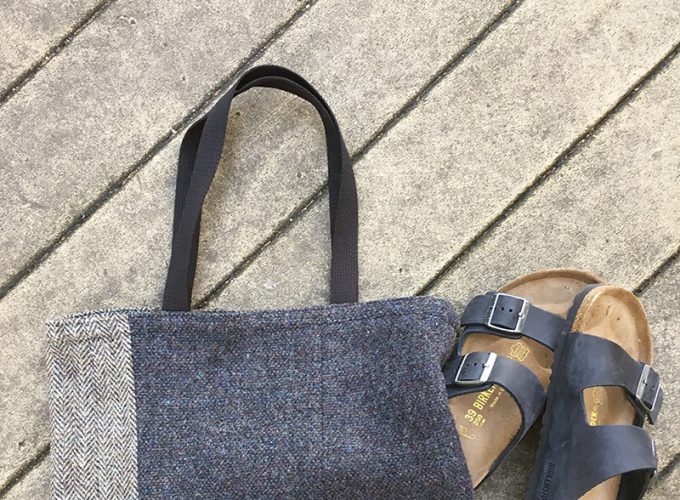 Anne Bissonnette stands in her classroom at the University of Alberta beside a mannequin crafted by some of her students, using one of their peers as the model. She points out that the slight stoop of the shoulders and the asymmetry of the stomach are not typical features you’d see displayed in a department store’s front window. Current fashion sizes, she explains, are dictated by standards set 76 years ago, when women stood differently and wore restrictive undergarments.

But the way that the industry determines sizes is just one of the areas of study Bissonnette has been passionately pursuing for decades. “I’m tired of fashion always being downgraded to a fluffy thing … when, in fact, it’s one of those topics that is so deep and is so close to people’s sense of self and identity and culture,” Bissonnette says. It’s a topic that delves into social, political and environmental constructs – and she’s been pursuing it since she finished a science degree.

Science did not excite her the way fashion did, so she studied Fashion Design at LaSalle College Montreal, then at New York’s Fashion Institute of Technology. She also has a BA in Art History from the University of Montreal and a PhD in Museum Studies and History from the Union Institute and University of Ohio. She was a curator of the Kent State University Museum for 14 years before becoming tenure-track and curator for the University of Alberta’s Clothing and Textiles Collection that houses 23,000 items such as mummy wrappings and 18th-century undergarments. For the last eight years, she’s been inspiring students to be involved with world-class exhibits as evidenced by last year’s Eyewear: Fashion with Vision. It won the Richard Martin Exhibition Award from the Costume Society of America, one of the highest accolades in the field, which until then had never gone to an exhibit co-curated by students. Her work with historic clothing inspires her own wardrobe, full of pieces she’s made and purchased around the world.

When did you decide to pursue fashion as a career when you originally were interested in the sciences?

I had what I call my fashion epiphany; I realized, I don’t want to do [science] , this is boring. I want to study fashion. I went down to the living room and told my parents. Some people were supportive, and some were like: What? I like everything about [fashion] . I like the illustration, the pattern making, the draping, the history of clothing.

What is it about being Curator of the Clothing and Textiles Collection at the U of A that appeals to you?

I like the way that this program is, in some ways, like a liberal education on fashion. It doesn’t teach you to just learn patterns or just to do sewing or just to do illustrations. It looks at how fashion affects people, how it affects the planet, how is production changing, what are the factors – the economic factors – behind it. We give [students] the ability to think through the process and … that leads to people who will change the way we see fashion and how it can change us and the planet.

Since I moved to Alberta, I’ve gotten way more casual. Alberta doesn’t dress up that much but there are places; I do dance tango, and do like to dress up when I do that. I don’t want to choose between aesthetic and comfort. Comfort is really important but I also don’t ever wear sweat pants, I think that’s really boring. Also, I will not buy things that’ll only fit me if I’m one size. My body changes. I don’t want to have to just wear something just one season. Even if it’s too trendy I tend not to buy it. There is a 15-year range of things that I bought that I keep on going back to, and reassemble with other pieces to push the envelope.

You’re interested in challenging the way clothes are produced, including issues with the non-standardization of fashion. Why is sizing important to you?

The thing that I always found difficult as a person who spends my entire life studying, exploring, loving fashion is that fashion is a double-edged sword. Some people – and many close to me – have a great deal of difficulty finding things. They are wonderful individuals; they just don’t fit in the mould of what the industry thinks women should look like.

Anything you’ve made for yourself you’re especially proud of?

One winter I was doing an exhibition on Inuit dolls and I did some research on the use of fur, and so I tried to learn from this nation of people living in the north that have survived and thrived. But I’d never sewn fur in my life, so it was a learning curve. I basically used an old fur coat, turned it inside out, and removed the lining. And I made this really great coat that won this first prize in this international competition; I’ve been wearing it ever since because the fur traps the air close to your body, and makes you really comfortable.

I have this stash of fabric in my house that I’m afraid to cut into now that the fabric stores have gotten few and far between. So, when I use [something from] my stash, I feel sacrilegious that I have to erase the dream of the possibility of what fabric could be in just one thing.

Fashion time period – Naming just one is unfair. The late 18th century because of an inventive spirit that swung the fashion pendulum from a wonderfully decorative baroque, to a minimal and body-conscious modernity of dress. The early 20th century for its greatest concentration of design mavericks from the colourful exoticism of Paul Poiret pre-First World War to the genius of Madeleine Vionnet who re-engineered the cut and construction of clothing pre-Second World War.

This article appears in the July 2018 issue of Avenue Edmonton. 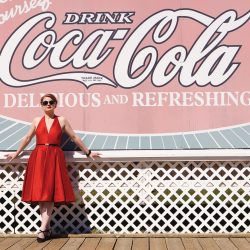 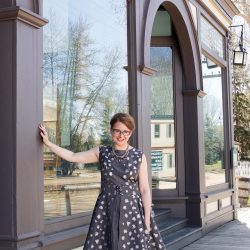 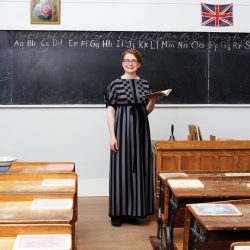 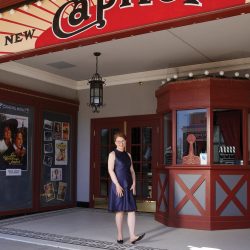 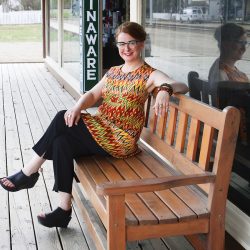