The bond between a woman and her stylist can't survive everything. Sometimes you need to part ways
By Caroline Barlott | September 12, 2014 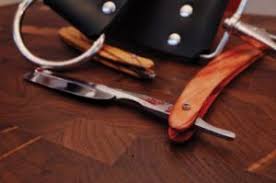 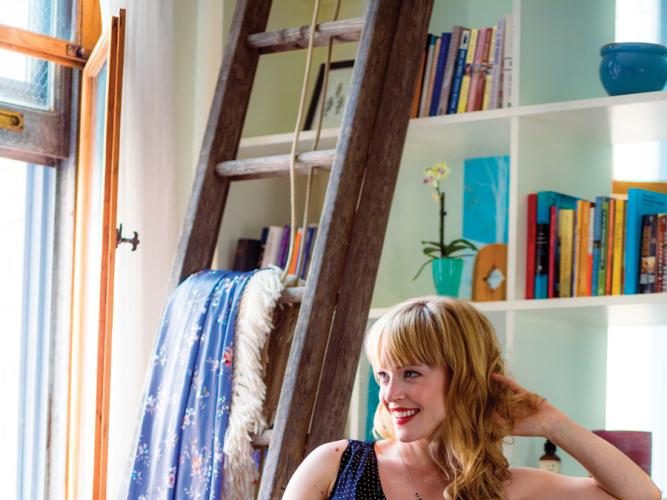 Style Style Q&A: Wardrobe of Curiosities Sarah Jackson walks the tightrope of work/life balance with the skill of a true artist. Read More

The smile on Amber Jamieson’s face didn’t reach her eyes, but she hoped it was convincing. As a bank teller, it was her job to make clients feel comfortable and, today, she was earning her full paycheque because the situation was inherently awkward.

She’d just looked up to see her former hairstylist walking through the door of the bank; he walked straight towards her, his eyes taking in her freshly styled locks that had been cut by someone else.

She felt like an adulterer. The lies flowed freely.She had a roommate who was in hair school. She was forced to be her guinea pig. She was growing out her hair. She really missed the salon. She’d come and see him soon.

It’s now been over a year since she’s been to her old stylist, and she’s happy in her new hairstylist relationship, but she still feels incredibly guilty. Her ex-stylist works in a salon that is just minutes away from the bank where Jamieson now works as a manager of customer services. They continue to share many awkward moments.

“I’m still lying about cheating on him, and he knows, and I know he knows. It’s like I’m pretending he doesn’t know,” Jamieson says.

But Jamieson’s discomfort at ending the relationship isn’t unusual. For many, going to a different salon isn’t like going to an unfamiliar grocery store or trying a new brand of toothpaste. The relationship, especially for women, often goes beyond the exchange of money for a beautiful cut, or a flattering colour.

Even Oprah Winfrey concurs – in years of daytime talk shows, she would often relay to the audience her hairdresser Andre’s words of wisdom on everything from the economy to the best in beauty supplies.

“You have a connection that you don’t have with a lot of people in your life. You’re confidants. I’m maybe closer to some of my clients than I am with some of my friends who I’ve had for 20 years,” says Julie Mehler, a stylist at Limelight Hair Studio.

Amy Laing, who co-owns the salon Ponytails and Horseshoes, agrees. “When people move away and then return, they come back to their doctors, their dentists and their hairstylists.”

Except, what happens when you don’t want to go back? How do you gracefully back out of a relationship that is sometimes stronger than a friendship?

Jamieson knows first-hand that lying isn’t the way to go. It was a communication breakdown – a common relationship killer – that destroyed her bond with her stylist. When she asked for a certain cut, he refused to do it and, rather than compromising, Jamieson simply caved to his suggestions.

Laing says it’s important to develop an honest relationship with open, diplomatic communication right from the start. “It’s our job to take care of people and make sure they’re comfortable,” says Laing.

One of Laing’s clients, Stephanie Balko, has been seeing Laing for five years. Balko says it’s not just Laing’s incredible skills, but also the chemistry they have together that keeps her coming back. And she says she feels comfortable being honest if something isn’t working with a style or cut.

In the past, while with another hairstylist, Balko even successfully went to a different stylist for one of the most important events of her life – her wedding. How did she broach a topic that could be a deal breaker? She was really open and sensitive about it. And she kept her emotions out of it so it didn’t seem like a personal attack; it was more a matter of logistics.

She told her regular stylist she wanted to try another salon on the day of the wedding because she had a large wedding party and she felt more comfortable with them being styled by a large company, rather than a smaller one.

“We still talked about how I wanted the hair for the wedding. She was great enough not to take it personally and knew I needed a different salon to accommodate all of us,” says Balko. Sometimes, no matter how talented, stylists make mistakes or style hair in ways that are not in line with the clients’ wants. In those cases, Laing says you should give the stylist a chance to fix it. But some salons and stylists are more willing to accommodate those requests than others and, at the end of a cut, not every stylist and client will see eye-to-eye, even when looking at each other in the floor-to-ceiling mirror. Some relationships aren’t meant to be.

It makes sense that a relationship that’s about more than just an exchange of money relies on more than just skill in doing the job. Stylists and clients need to match personality-wise. Without the right match, awkwardness and dissatisfaction will ensue.

When Laing went on maternity leave, she had to divvy up her clients to the stylists at her salon, and it was not just a numbers game. She decided which clients and stylists would work best in terms of personality and communication style.

Personality definitely came into play with Jamieson and her former hairstylist. She had a hard time actually speaking to him without feeling like she would offend him, whereas with her new stylist she can be completely honest. They’ve even discussed her past digressions. Jamieson says she needs a stylist who will push her to take some risks with her hairstyles, and her new stylist does that, while also making her feel comfortable.

And just to prove that the relationship is more than a monetary one, there have been times when stylists themselves have to “break up” with their clients. The relationship goes both ways. It’s only happened a few times, but Laing has “broken up” with clients who weren’t able to communicate what they needed. When Mehler referred a few of her clients to other stylists, they were hesitant. Even though Mehler knew the relationship wasn’t working, and the clients themselves were uncomfortable, the clients still didn’t want to give up on what they’d built. That hesitation is a testament to the strength of the stylist/client bond.

When stylists leave Ponytails and Horseshoes, Laing allows them to take their clients. “It’s a general thought of the industry that clients belong to the salon and not the stylist, but I don’t personally believe that,” says Laing. Clients will track down their old stylists anyway – through Facebook or whatever means necessary. Laing has seen it time and again; people go to specific stylists, not specific salons.

Stylists and clients on open communication in the hair chair.

Julie Mehler: “If you are honest, it’s easier to get a referral to someone you’ll like as opposed to navigating hundreds of salons with thousands of stylists in Edmonton. If you’re not comfortable talking to your stylist, you can always talk to the manager or owner of the salon.”

Amy Laing: “You need to find someone you can speak the same language with. And it’s always moving forward. It’s not that you’re staying the same over 15 years. Every time you do a consult talk about a little change, talk about future plans.”

Amber Jamieson: “When I researched new hairdressers, I looked at reviews. But I looked at bad reviews, too. Not everyone’s perfect, and not everyone will like them, but it’s important to see how they handle a bad situation. My stylist, Marc from Whyte Avenue Hair Co., says he guarantees all his work. So if there’s something I don’t like, he’ll fix it. It’s having someone who’s willing to work with you until you get there.”

Stephanie Balko: “It’s not some secret ploy to have you walk out with hair you don’t like. Have a conversation, but don’t do it in an accusatory way; take the blame off the stylist. Having a strong rapport with a stylist makes this easier.”