On her personal website, Erin McLeod lists three main headings: The Artist, the Athlete, the Speaker.

It’s an interesting way of ordering things for a woman known nationwide as the last line of defence for Canada’s national women’s soccer team.

But, in speaking about her experiences on and off the pitch, the relationship between those different spheres of the St. Albert-born goalkeeper’s life quickly becomes clear.

Art and sport, foreign from each other as they can appear, are symbiotic for McLeod. Paintbrushes and pencils become vehicles for her to escape the pressures that come with playing professionally for the Houston Dash in the National Women’s Soccer League or the high stakes of representing Canada internationally. She also dabbles in fashion as a brand ambassador for Vancouver-based company Peau De Loup.

But the 32-year-old has carved out her own legacy in the sports world, playing a crucial role in helping the Canadian women to a bronze medal at the London 2012 Summer Olympics. Her story has a few more chapters yet to be written – perhaps the biggest of which will come this month as Canada hosts the 2015 FIFA Women’s World Cup, with the team’s first two games being played at Edmonton’s Commonwealth Stadium. The opener, against China, will kick off June 6. Jersey, track pants, and runners from Adidas

How much are you looking forward to this summer’s World Cup?

This is literally a once-in-a-lifetime opportunity. There’s a lot of players who never get the chance to play in a home World Cup. It’s great. The women’s game is blowing up. It used to be the top five teams were really good, and now it’s the top 15 teams – anyone can take it.

Is there any added pressure playing at home?

I understand that part of it but, at the same time, I think it’s just such an honour. I think I speak for the whole team in saying I just can’t wait to get started.

What is the biggest thing you’ve carried from your early days in Edmonton into your adult life?

What I loved about being from Edmonton is that there’s this sports culture there like nothing I’ve seen yet. In Edmonton, when the game’s on, everybody’s watching. Nobody’s doing anything else. I was born in ’83. The Oilers literally won four or five Stanley Cups within a short time in the ’80s. It was called the City of Champions. The Edmonton Eskimos had The Giz (Henry “Gizmo” Williams). In that moment in time, Edmonton just destroyed everyone in sports. Passion drives everything that I do. That’s what I’m most grateful for when it comes to my Edmonton roots. It’s like a fever there. I mean, Wayne Gretzky Drive. Who doesn’t love Wayne? Blazer from Banana Republic; Peau De Loup shirt; pants from Rag and Bone; Jessica Simpson shoes from Loft 82

Beyond your performances on the field, you’ve also stood out for your loud hairstyles over the years, especially earlier in your career. Where did that come from?

It was funny at the time. We were sponsored by a company that did hair products, which stuffed our locker room with hairspray, gel, everything. A couple of the girls went to town on my hair and it was super crazy. We ended up playing unbelievable [and] it became a superstition. It was supposed to be funny. Less about style, because I don’t know that it was necessarily fashionable.

You also have a love of art. What’s the relationship between your life as a soccer player and your passion for painting and drawing?

It’s always been a release for me. When I play, and when I train, I’ve always been an overthinker. I pay attention to all the small details. It’s a reason why I’ve come as far as I’ve come but, at the same time, it’s hard to switch it off. When I’m painting or when I’m drawing, it’s the only time I’m totally present and not thinking about anything. It’s easy to get lost in it, and it’s something that I look forward to doing. Blazer from Banana Republic; Peau De Loup shirt; Rag and Bone jeans

You’re also a brand ambassador for fashion company Peau De Loup. How did that come about?

It’s a fluke how this started. I’ve always loved fashion, been obsessed with fashion. My sister plays in a co-ed indoor hockey league. Basically, through a couple of people, she connected me with this woman named Adelle Renaud, who is the designer of these button-down shirts, which is what we sell. She has such a creative mind. She’s basically a genius. The cool thing about Peau De Loup is we upcycle all the fabrics. Generally, when any company orders fabric, they order 10 per cent extra for flaws – if they don’t use that 10 per cent, they throw it in the trash. We basically get these incredible, top-of-the-line fabrics, but we can sell it at a reasonable price.

What’s next for Peau De Loup?

We will soon be sponsoring the suits for the women’s national team during the World Cup. We looked at the Italian men’s team, and they wear Armani suits when they show up at games. We have Umbro, which is an awesome sponsor, but we wear track pants and T-shirts to games. We thought about, “How can we make this look more professional?” Peau De Loup came through, and the Canadian Soccer Association was like, “Let’s do this.” That’s one of our first cool collaborations. We just got into Nordstrom, we just got into Dragons’ Den, so it’s kind of just the beginning. Tank top from Lululemon; leggings, zipup, and runners from Adidas

You seem to have had a lot of fun doing the photo shoot for this article – something you say you hadn’t actually done before. How was that experience?

One of the shots was in front of the Inukshuk (in Vancouver’s English Bay), which was hilarious, because they wanted me to dive to the side for an action shot, and the ground was as hard as this table, and I was like, “You want me to do what?” And of course it was freezing and I’m in a tank top and these tiny little pants. There were a couple of cool spots. One was downtown Vancouver, off Burrard Street. Artsy shots. It was pretty funny having my makeup being done. The woman who was doing the hair was like, “We’re going to make you look like Beyonce.” And I was like, “What?” She was like, “Like Beyonce,” and I was like, “OK.” I’ve done my hair four or five times like that since, because I absolutely love it, so I’m grateful for that part of the shoot. Those guys are artists in their own right. 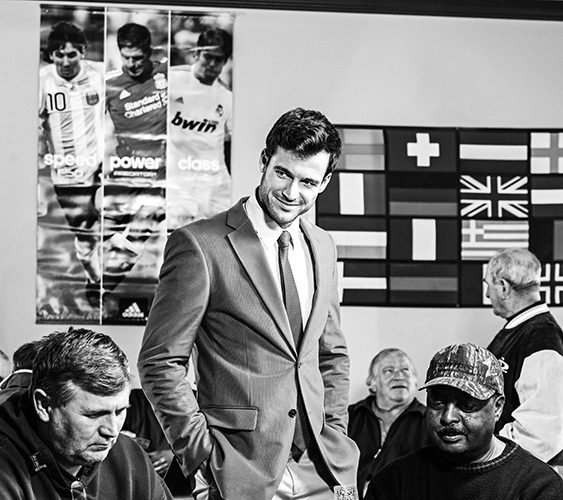 Style Style Q&A: Bachelor No. 1 He’s a professional soccer player and a part-time model. He even knows a magic trick or two. Read More 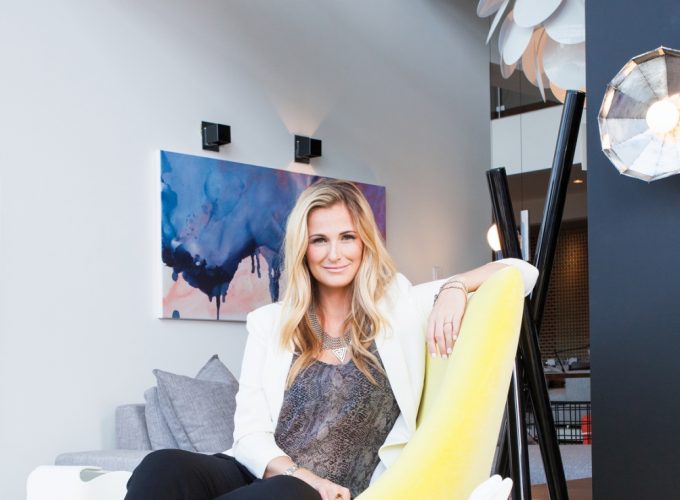 Style Style Q & A: Real Estate, Real Style Closet space is a big deal for Sara Jones, whether for herself or her clients Read More 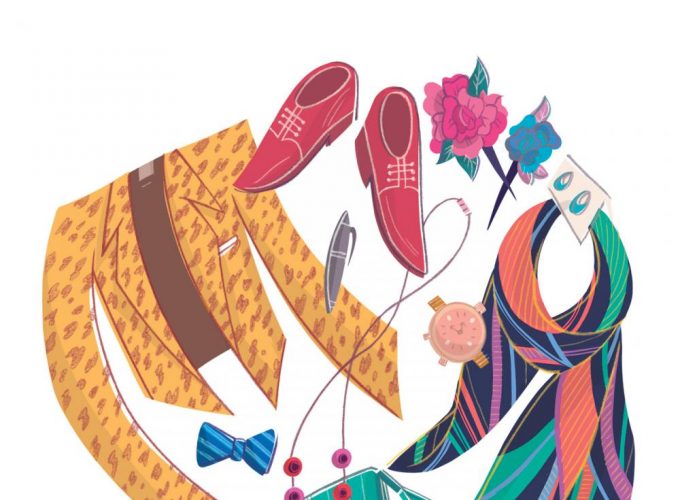 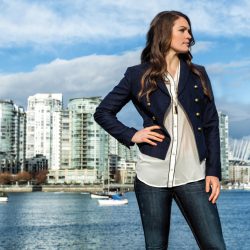 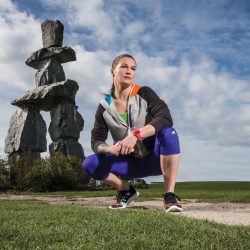 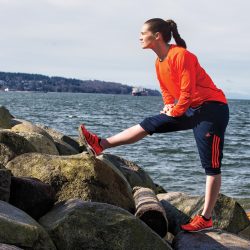 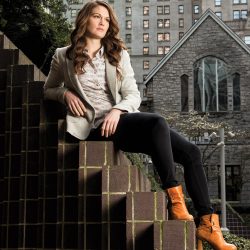 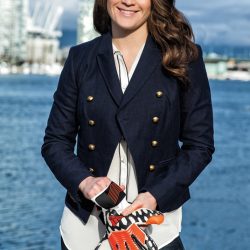