"Living art" can bring green to your living space
By Pamela Young | October 5, 2015

An axis mundi, in Latin, is any point of connection between the earth and the heavens or the centre of the world. In Edmonton, husband and wife Eric Gibson and Sara Gies are using their business, Axis Mundi Artistry, to help people reconnect with nature through living jewellery and artistically designed plant arrangements.

“We see a huge disconnect between the younger generation and plants,” says Gibson, who is also the Muttart Conservatory‘s feature pavilion grower. “They’re stuck in their virtual reality. But if they can nurture a little air plant, it connects them to a bit of nature.”

Gibson and Gies’s connection blossomed at the Victoria School of the Arts over a shared passion for the natural world and creative design. Their relationship to plants and each other continued at Olds College, where Gibson studied horticulture and Gies explored commercial floristry.

Upon returning to Edmonton, Gies’s desire for independent creative production led her to local craft fairs and farmers’ markets where, among other items, she sold succulents in handmade Hypertufa (man-made rock) pots. “Everyone was interested in the plant arrangements and how better to care for their plants at home,” she recalls. “We started to specialize in living arrangements and plant jewellery, propagating from our own collection of houseplants, until we couldn’t keep up with the demand.” Gies and Gibson’s arrangements are characterized by their choice of unexpected planters to showcase combinations of tropicals, succulents and annual flowers. A vintage tobacco tin holds a prickly pear cactus and a hen-and-chicks plant. A single dried rosebud is preserved in a lantern-shaped locket, dangling from a silver chain. The bell of a tuba overflows with philodendron, orange begonia and curly willow.

“When people see our booth, their faces light up,” says Gies. “Maybe our living art will inspire them to reuse an old teacup or vase to create something that will liven up a space.”

Gibson fosters the Axis Mundi inspiration through his workshops at the Muttart Conservatory. There, he instructs participants on how to build their own terrariums, hobbit gardens and living frames. “Some participants have never been to the conservatory, so it has been wonderful to bring in new visitors,” says program co-ordinator Curtis Faryna.

Gies and Gibson think that nurturing imagination and caring for plants is good for the soul. “We believe everyone needs both in their lives and that’s what we love showing and teaching people,” says Gies. 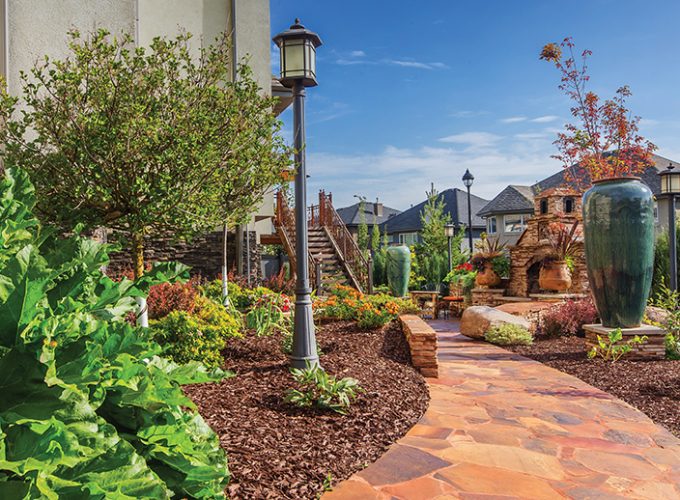 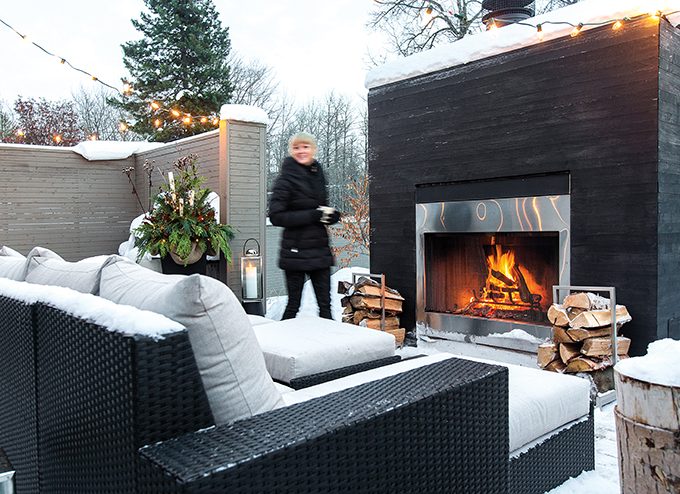 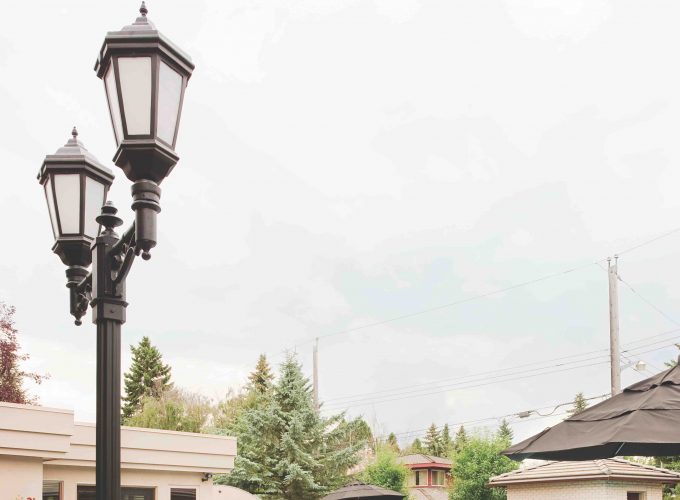 Style Patio Magnifico Inspired by Italy and a love of cooking, this Parkview patio looks like a piece of Tuscany Read More