Rebecca McLean and her husband, Brad, both grew up in Sturgeon County. And, like many people from the area north of Edmonton, they’ve never wanted to leave. They went to the same high school in Sturgeon (but five years apart, so they weren’t sweethearts yet), and lived in St. Albert for a few years after getting married. But that’s as far as they ventured from their favourite county, and they always knew they’d be back.

“We were actually planning on building on the lot where Brad grew up after they tore the house down. We had drawings and everything,” Rebecca explains. A lot in Pinnacle Ridge caught their eyes too, but when you’re building your dream home you want everything to be perfect, and their dreams came true in Riverstone Pointe. “When this lot went up for sale, as soon as we drove up and saw this view it was like, we’re sold.”

That view is of the river that winds through the distinguished neighbourhoods on the county’s southern limit. They can’t see the city from there, so when they look out the wall of windows that is their home’s south side. all they see is brown, white, green or gold, depending on the season.

And there’s year-round green inside. As soon as you enter, a two-storey atrium welcomes you, its skylight shining in on the plants and open living space. Light herringbone hardwood floor leads to the dining area and kitchen, which is mostly white marble splattered with rose gold. “It’s not the most kitchen-friendly material,” Rebecca admits, “but I wouldn’t have it any other way.” The large island is marble too, waterfalling down on all sides. With a smile, she recalls that “Brad said, ‘How are people going to sit there?’ And I was like: they won’t.”

There are plenty of places to sit throughout the house, and quite a few places to play — none more child friendly than the boys’ room, which fits their beds under a loft accessible by both a ladder and climbing wall. It’s for the boys, but it was Rebecca’s idea and design, and one of the ways she put her creative touch on her family’s home. “I love to paint, draw and design. Shout out to [designers] Brianna [Hughes] and Shannon [McClelland] — they probably found me very difficult to work with,” she laughs.

“Rebecca was so fun to work with,” says Brianna Hughes of Ministry of Interiors. “Once we met in person, we knew this would be an exciting project as she had a great vision and personal taste. It is always an added bonus if our styles align with the client at the outset and, in this instance, it was clear from the first meeting.”

Glass-railed floating stairs supported by a reinforced stone wall lead to the walk-out basement, which, with its wine room, pool table and theatre, is the home’s entertainment district. It also has two future bedrooms for when the boys turn into teens, one with its own entrance (“probably a bad idea for when they’re 16, but they’ll love it,” Rebecca laughs), and a crafts room that, filled with her paintings among scattered Lego pieces, appears to be the most used space in the house. “We could live down here,” she says.

The upstairs area may be the most unique part of the house, in the sense that it’s not really a second storey. Designed as Brad’s office and man-cave, it hasn’t exactly worked out that way — “He still sets up his computer at the dining room table,” Rebecca says. But it was a fun challenge for the designers. “We wanted to make this space quite different from the rest of the house,” McClelland says. “With the open stairwell, consistency was still required to tie in the areas. The palette was a great exercise in colour saturation as we swathed the entire space in a rich blue-grey. The cabinetry blended seamlessly with the wall colour, and the furniture was selected to pop off the blue walls.”

The loft-style space walks out on to the roof. It’s lined with solar panels and absolutely begging for a putting green, and gives the widest perspective of the million-dollar view that sold them in the first place (the en suite’s concrete tub provides the most relaxing perspective). “I go down there every day with the dog,” McLean says, “and the path goes all the way into St. Albert. And for the kids, there’s no shortage of places to explore. It’s absolutely beautiful here.” 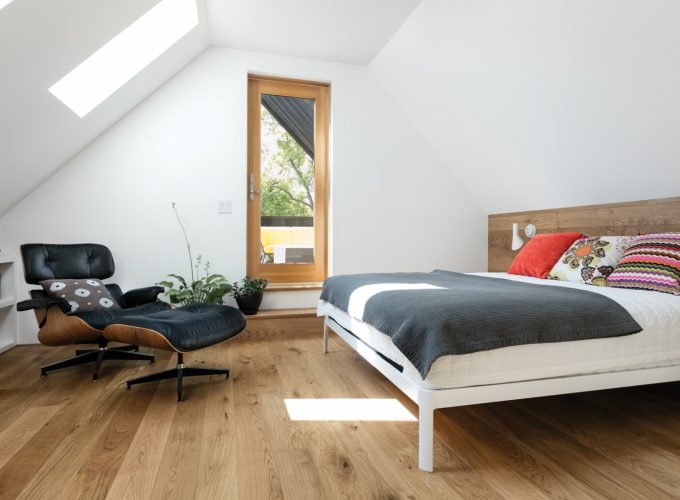 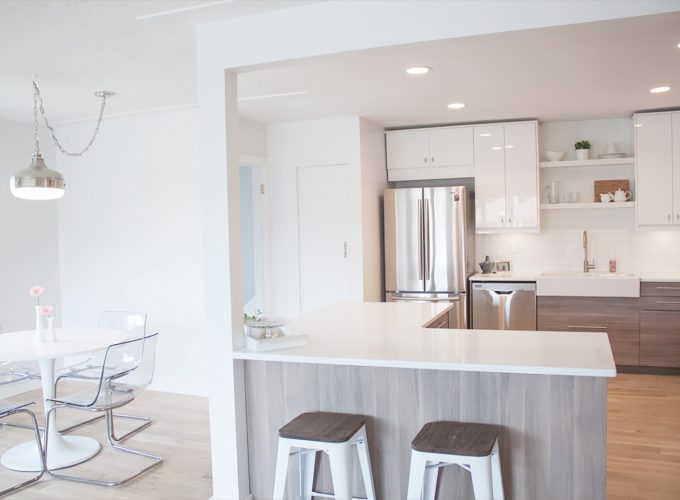 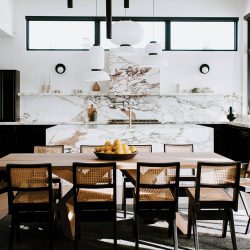 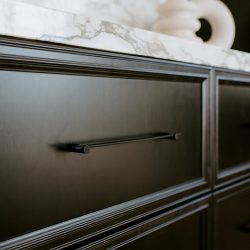 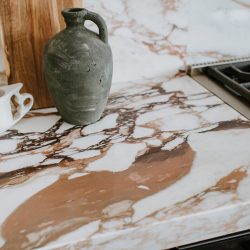 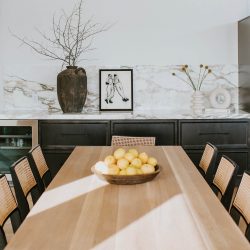 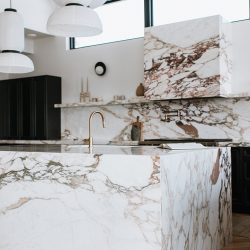 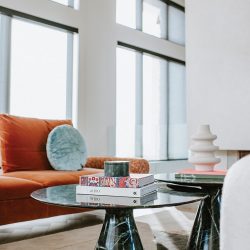 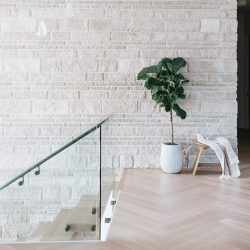 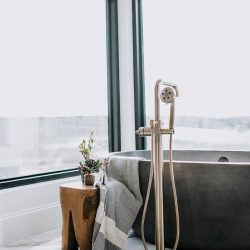 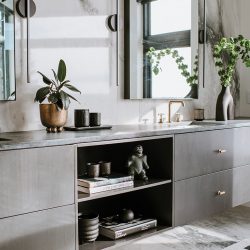 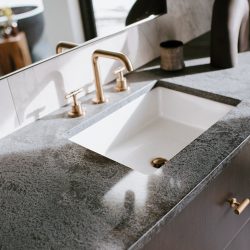 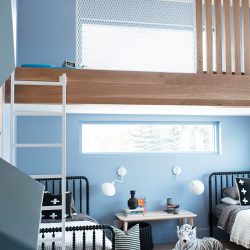 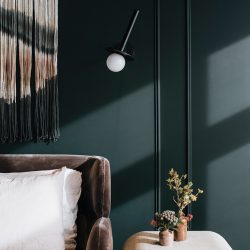 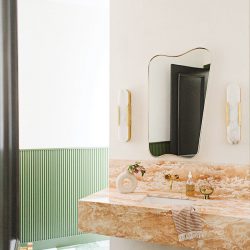 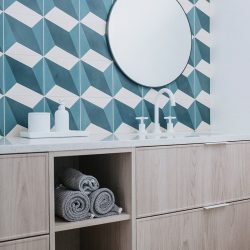