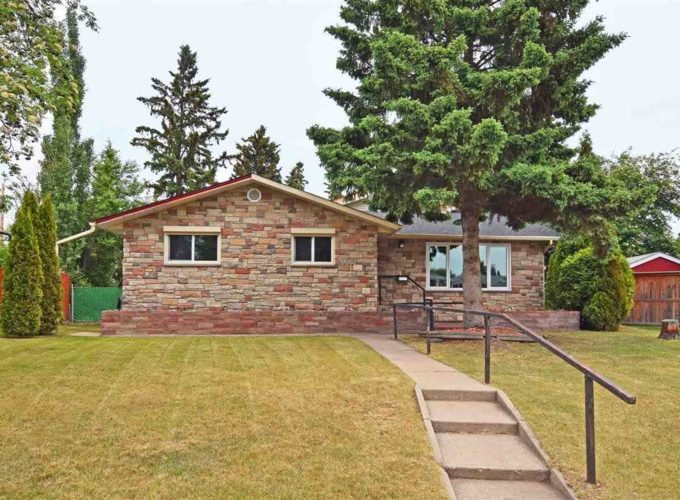 Style Property of the Week: Old Meets New in Ottewell This 70s home has undergone some modern upgrades Read More 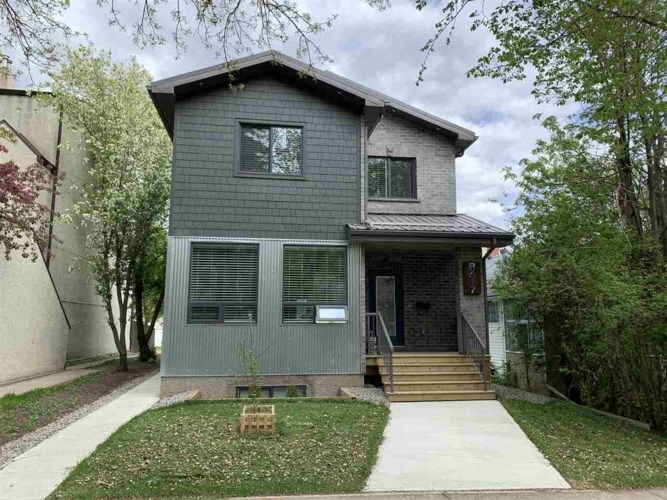 Style Property of the Week: Renovated Garden Delight Every part of this bungalow’s interior has been updated. Read More

Vignettes Design Series is a collection of collaboratively built, one-of-a-kind sets meant to enthral and inspire. Avenue will feature the best of Vignettes for the following two issues.

A goal of any great art is to open up or even transport the audience to another world, and Vignettes Design Series is no different. Each collaboratively built space is a singular representation of many minds coming together to make their shared vision tangible, like a film crew creating a single scene of a movie. Sure, a Vignette’s story isn’t as explicit, and the experience isn’t as engulfing as a dark theatre with blaring sound, but, with the slightest suspension of disbelief, a Vignette can be just as real-in-the-moment as any motion picture. Especially when it closes behind you.

Entering one Vignette in particular feels like a fade-in to a quirky film about well-spoken but troubled characters with funny hats and accents you can’t quite place. As the rotating wall with a grandfather clock opens to reveal the lush faux greenery on its opposite side, you can almost see the Futura-font credits roll for a film that’s part Secret Garden, part The Grand Budapest Hotel and has a touch of Tim Burton throughout.

“The Grand Palastrio” came from its team’s more literal interpretation of Vignette’s theme, explore. “Where do you go when you explore? Most adventures start with a hotel lobby,” says Shana Wilson, whose artwork adorns three walls and the ceiling. “But we wanted something a bit fantastical, bizarre and unique, with a touch of creepiness, where you walk in and go, ‘what is this place?’” They created a condensed but non-claustrophobic hotel lobby, complete with concierge desk made from reclaimed, charred fir wood that is beautiful but, with its tiles at different depths, somehow not quite right. There are too many clocks on the walls and the service bell is way too big. The floor’s black and white tiles and the maze pattern on the wall seem like they might move, like an optical illusion, if you stare too long.

And, while the eyes in Wilson’s portraits don’t seem to follow you per se, the subjects seem too cool to exist outside of a movie. They look pleasantly amused by your presence, like they’ve been in this lobby for ages, and have seen your kind before, but won’t reveal what you’re in for. No doubt one of them would die in the film version of “The Grand Palastrio,” in a shocking but not scary way. The remaining characters would have reactions similar to their still frame expressions — definitely not distraught, perhaps a bit bemused, but overall utterly charmed with whatever’s going on in this surreal and fanciful Vignette.

CosaFina sells a revolving bookcase that’s great for sectioning off a room and has colourful, unique artwork and vases.

Get all kinds of stylish greenery from Greenland Garden Centre.

This article appears in the June 2019 issue of Avenue Edmonton. 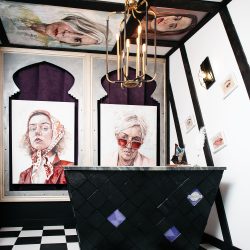 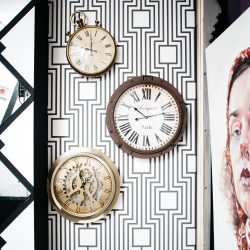 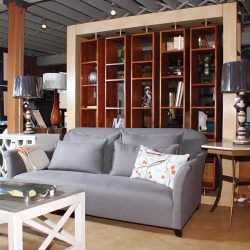 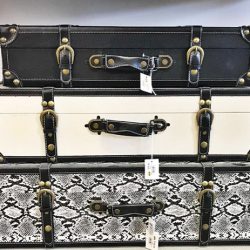 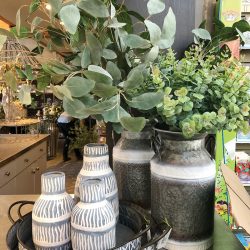