Look at Oliver’s vital stats onpaper and you might wonder how it ever made the list, considering you told us that high crime and unkemptness were major repellents.

According to “neighbourhood indicators” compiled by the City of Edmonton Community Services, Oliver doesn’t measure up well in several key areas.

For example, the 2010 numbers reveal that Oliver had 715 dwellings in need of major repair compared to the city neighbourhood average of 76. As for safety, Oliver tallied up 1,397 incidents of property crime to the city’s average of 153, and 121 violent crimes versus 19.

“I don’t know how meaningful those stats are,” says 25-year-old Jarrett Campbell, president of the Oliver Community League. “The comparisons aren’t done on a per capita basis, and Oliver is the most densely populated neighbourhood in Edmonton.”

He argues that with more than 19,000 residents, of course it will have higher crime rates than a neighbourhood of 8,000.”But that doesn’t mean it’s less safe.”

Density. It’s the Holy Grail of city planners who value concentrated, compact communities for their liveable/sustainable arguments. And density – meaning also diversity – is the essence of Oliver.

Though its skyline is dominated by high-rises and office towers that are antithetical to another important factor for planners, clear sight lines, it’s still home to some of the city’s oldest buildings, notably the 1909 Lemarchand Mansion on 115th Street and 100th Avenue, and the 1912 Buena Vista block on 124th Street and 101stAvenue.

“Oliver is a good example of a neighbourhood where newly built towers are done right,” says Campbell. “Design needs to be appropriately scaled to preserve street life.”

Oliver attracts the opposite ends of the demographic spectrum who value its vibrant, pedestrian-friendly environment.

“We have lots of 18- to 28-year-olds, as well as many seniors,” says Campbell, “but less than 400 children younger than 10. There aren’t many housing options for families.” In fact, dogs outnumber children in the neighbourhood’s households.

In Oliver, people whose preferred mode of transportation is running shoes, have easy access to a distinctly urban lifestyle that hasn’t lost its soul, preserved in oases like Paul Kane Park, an outdoor pool and a community garden with a long waitlist. And, best of all, says Campbell,”I love that I rarely need to use my car.” 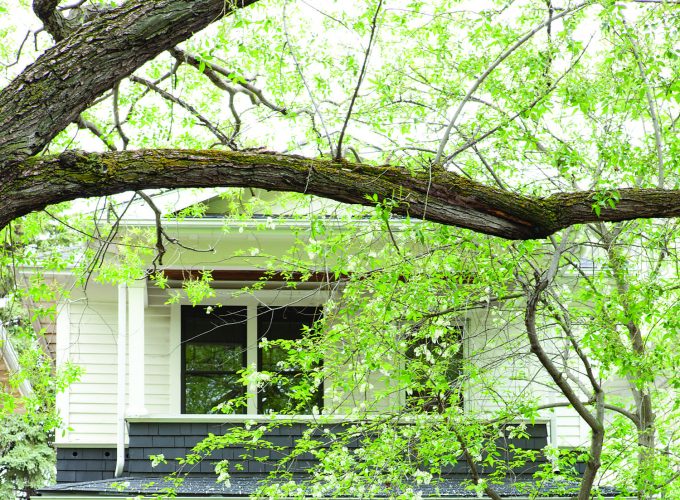