2. Into the Future: Westmount

Many of Westmount’s homes were built before 1960.

Could it also be the city’s Neighbourhood of the Future?

Those who participated in Avenue’s neighbourhood survey think so. We asked our readers, “In which neighbourhood would you like to live in the next 20 to 30 years?” Westmount carried the vote.

So how can old be new again?

According to Carla Stolte, president of the Westmount Community League, it’s all about location. A central neighbourhood attracts a certain type of person: One who embraces cycling or taking transit to work; someone who likes to walk out to 124th Street to enjoy the restaurants and shops.

“I don’t know if the neighbourhood shapes the people or the people shape the neighbourhood, but there are certain values that are shared by many of us,” says Stolte. “We want to be able to walk, to bike, to be close to the businesses. And when a neighbourhood is walkable, that’s how you meet your neighbours, as they walk past your home. That’s how you build a community. That’s something that doesn’t happen when people are just driving by.”

Stolte and her husband moved back to Edmonton nine years ago, after spending six years in Vancouver. And, what they saw was potential. The 124th Street strip was at the beginning of its revitalization phase. For her, the opening of Duchess Bake Shop, the bakery Noah Richler named “the best patisserie in the country” in the National Post, was a turning point.

“We got insight living in Vancouver of how great it is to live centrally. And this is the first neighbourhood outside of downtown where you can still get a single-family dwelling.”

The market reflects that demand. An MLS search conducted in late May found that seven of the classic Westmount homes were listed for more than $700,000 each. A three-bedroom home, at just 1,252 sq. ft., was listed at $685,000. And, while most of the homes are old, the Community League has hosted a renovation help group, where members swapped tips about contractors, electricians and plumbers. 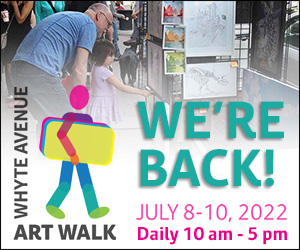 A massive sign of the community’s prospects for the future is the number of young families moving into the area. Westglen School has been forced to close its doors to out-of-attendance-area applicants from the first grade, up.

From Westglen’s administrative assistant, Kathleen van den Biggelaar: “All of our classes are full and we can only accept students who live in our catchment area for the foreseeable future.”