Can one walk change your view of the city?
By Caroline Barlott | April 8, 2012

Writer Jodie McKague used to work from a 104th street studio inside the Great Western Saddlery Building, a converted warehouse with a horseshoe logo tanned into its bricks from its former life as a leather store.

She still savours its history and that of the surrounding warehouse district: Birks & Sons jewellery building, Phillips Lofts and others built during Edmonton’s first economic boom, before the Great War gave the city its first bust.

Now, for two days each May, the 32-year-old urban enthusiast shares her knowledge through free tours, introducing people to 104th Street shop owners and artists at work in their studios, and telling stories about architecture and local successes, like how the once humble farmers’ market became a popular attraction.

It’s a “Jane’s Walk,” a global initiative launched in 2007 that invites volunteers to show off the best of their neighbourhoods – on foot – and inspire community involvement to make cities more sustainable.

Her 104th Street excursions are the fourth in town since, three years ago, Old Strathcona, Glenora and Queen Mary Park neighbourhoods hosted walking tours every first weekend of May to coincide with the birthday of Jane Jacobs, the late Toronto activist of walkable communities, and someone whom McKague admires greatly.

But McKague’s desire to share her enthusiasm about the city actually started the day she was caught complaining about its urban problems to a bartender in Old Strathcona.

A man on a nearby barstool happened to be one of the original founders of Al Fresco, 104th Street’s popular annual block party. “Why don’t you get involved?” he asked. “You could make a difference.”

His candid words made her stop talking and start acting. The next month she volunteered to do a Jane’s Walk.

“If there are things you’d like to see changed, it really does make a difference if you take some action,” says McKague. “And I think these Jane’s Walks are a really, really simple way to take pride in the place you’re from.”

The mother of a four-year-old girl, McKague wants all ages on the Jane’s Walks, and encourages kids to bring cameras and photograph what they think is beautiful.

The tours around her “little pedestrian corridor” continue to inspire McKague too, so much that she’s applied to study at the University of Alberta’s new community planning program for the fall of this year, hoping one day to use her passion to make a difference. 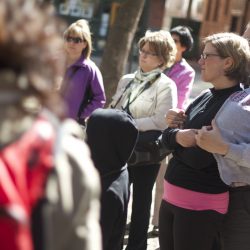 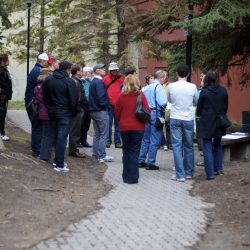 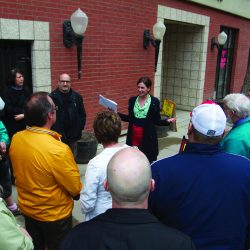 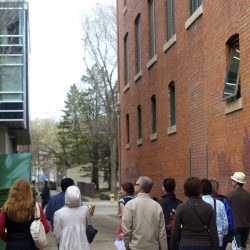 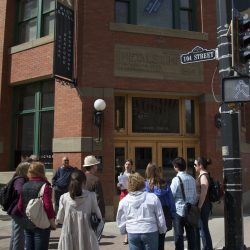