Amarjeet Sohi is still on board with expanding the LRT system in Edmonton.

The former city councillor, now the Liberal MP for Edmonton-Mill Woods, was named Minister of Infrastructure and Communities when Prime Minister Justin Trudeau appointed his cabinet this past November. Since then, he has been in contact with provincial and municipal counterparts across the country, learning about what they need and about their priorities.

But that doesn’t mean he has forgotten about Edmonton. In fact, he says his new role in Ottawa is an extension of the work he was doing on City Council, where he led the charge on the plan to get the LRT expanded from downtown to Mill Woods.

“Now that I’m in this role, I have to focus on the diverse needs of all Canadian communities, and Edmonton is one of them. Edmonton is my home, and it will always be close to my heart. I’ll be playing that active role on that file, along with other files for other municipalities,” Sohi says.

“The needs of each community are diverse, but they’re also similar in a way. We all want to build infrastructure in way that will make our communities more sustainable, more livable, and provide opportunities for Canadians to succeed.”

Meanwhile, Sohi’s former colleagues on City Council — who took a break from budget deliberations to give him a standing ovation when he visited in late November — are looking forward to working with him in his new capacity, although they acknowledge that they can’t expect preferential treatment.

“Now he’s going to have priorities all over the country,” says Coun. Michael Oshry, who chairs the City of Edmonton’s transportation committee. “It’s going to be tricky for him to do it, but I hope he’s going to follow through with what I think he believes in and get some money over to the city for the bigger infrastructure projects that we can’t afford to do on our own.”

Sohi says that the transition from municipal to federal politics has been exciting even though it has been hard work, and he is settling into his new role in cabinet nicely. Part of that new role is working with other federal ministers to get projects done, as well as an emphasis on making new infrastructure projects environmentally friendly.

“We have to apply that [environmental] lens, that would we build is sustainable and helping us achieve our goals toward reducing greenhouse-gas emissions,” he says.

Urban Love and Hate in the Edmonton Pedway What should we stick in those walkways – dynamite or ideas? Read More 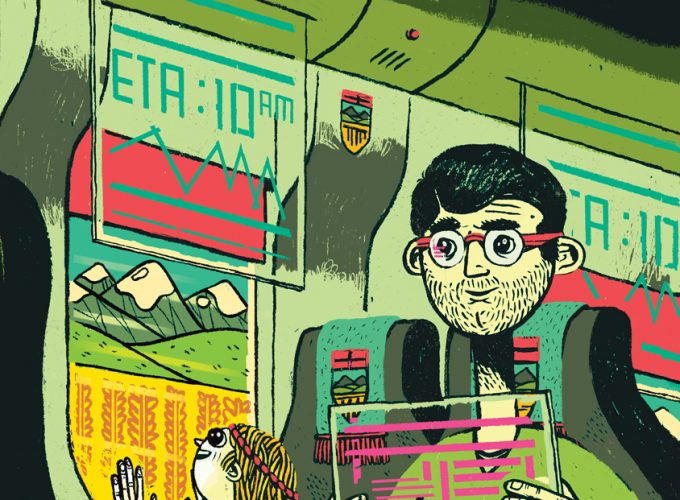 Urban Transporting into the Future Wondering what the future of commuting beholds, Avenue sent correspondent Omar Mouallem on an assignment – Read More