2010 The Firkins Ghost Buster Fort Edmonton Park’s most famously haunted house may not be so haunted after all. Read More

Urban Encapsulating History All chains start with one link. That’s definitely the case for three restaurant empires with humble origins in Edmonton that have become major brand names locally, regionally, nationally and even internationally. Read More

All chains start with one link.

That’s definitely the case for three restaurant empires with humble origins in Edmonton that have become major brand names locally, regionally, nationally and even internationally. Sorrentino’s, Earls and Boston Pizza started off small, and were run by people with ambition who took their ideas beyond cramped kitchens, and far beyond Edmonton.

It’s understandable that most diners don’t know that one of Canada’s most recognizable restaurant empires originated in Edmonton.

Boston Pizza is big; in 2010 it recorded more than $1 billion in annual sales. At last count there were 390 in Canada, the United States and Mexico, and the company is now looking at expanding into Asia and South America.

So why did Gus Agioritis, a former Greek sailor who jumped ship in Vancouver, call his little restaurant Boston Pizza and Spaghetti House when he opened it 48 years ago on 118th Avenue and 124th Street?

Actually the name “Boston” was his third choice, according to Jim Treliving, a co-owner of the chain since 1983. “Santorini,” the Aegean island where Agioritis came from, and “Parthenon” were the first choices, but were already taken. “There was a fellow upstairs called Bill Boston, and Bobby Orr had signed with the Boston Bruins,” Treliving says, suggesting the name was decided more on whimsy than personal meaning.

Treliving, then an RCMP officer who rented a basement suite down the street for $88 per month, was a regular customer. In 1968, he became the first franchisee, opening a BP in Penticton, and then many more franchises in British Columbia, until he and George Melville bought the whole chain in 1983.

Treliving remembers the original restaurant with its red wallpaper, arches and chrome chairs. It had pizza ovens in the front window and a dining room in the back.

Variety in those days consisted of 21 kinds of pizza, including the “Boston Royal,” and three types of pasta. There were no salads, no desserts and pop came from bottles in a big icebox.

The contrast with today’s menu is striking. Over 200 items, including steak, chicken, shrimp, many pasta dishes and, yes, salads and desserts, are all served in the busy, sporty BP atmosphere. But you can still get a pizza with crust made from Agioritis’s original recipe.

Even the “Royal,” while still on the menu, has been altered. The original recipe called for pizza sauce, pepperoni, bacon, shrimp, olives, green pepper, onion, mushrooms, anchovies and mozzarella. The anchovies were removed and the bacon was swapped for smoked ham.

BP is now far removed from Edmonton, with its head office located in Richmond, B.C. Treliving, who is also famous for his part in the reality show, Dragons’ Den, lives in Dallas.

So has the casual cuisine behemoth forgotten its Edmonton roots? “We push it as much as we can, but in the U.S. people don’t know where Edmonton is, especially the further south you go.”

BP offers a company history on its website, which highlights its start in Edmonton.

Anybody who has lived in Edmonton since the ’80s remembers those places with the parrots hanging from their ceilings. They were the original Earls, opened by Leroy Earl “Bus” Fuller and his son, Stanley Earl Fuller, on Calgary Trail and on Jasper Avenue. Restaurants had been in the family for 25 years with Fuller’s, a Denny’s type of chain, but they wanted to appeal to a younger, hipper crowd. In the ’70s, there were 25 Fuller’s locations across Western Canada.

It was 1982: the boom was over and prime interest rates hovered at around 17 per cent. Hard times seemed easier with $1.25 beer and bacon burgers for less than $5, says Stan Fuller. “We sort of realized that we hit a sweet spot with low pricing. The Keg had inexpensive steak and drinks, but this was in the $5-to-$10 range, so you could have a night out without being out of pocket.”

The original restaurants were small and noisy, filled with patio furniture, people with big hair and yes, papier-maché parrots. As time went on, new items such as pasta were brought into the menu, and eventually Earls’ offerings became more upscale, with a variety of entrees from salmon to steak, and “entree salads for the ladies,” Fuller says.

Earls took off. New locations were opened in Calgary and the chain eventually spread as far as Ontario, with a few restaurants in Colorado and Washington state.

The head office has moved to North Vancouver, and Fuller acknowledges that most patrons don’t know about Earls’ Oil town origins. “In our business you’re only as good as what you’ve done lately … But our first customers know that it is a product of Edmonton.”

Carmelo Rago had a good job as a teacher, but in 1979 he made his way from the classroom to the kitchen, and he’s never left.

Rago and his father-in-law, Maurizio Saccomanno, leased a space in a Castle Downs strip mall and called their restaurant Sorrento, after the picturesque southern Italian city near their ancestral home. He became so involved, that he decided the family business was his true calling.

Seven years and much sweat equity later, they changed the name to Sorrentino’s and started opening restaurants in Little Italy and downtown, and a local diversified restaurant empire started growing.

Today the 14 locations include five Sorrentino’s, an Irish pub (O’Maille’s), a sports bar, a steak house and the five Caff Sorrentinos. While the original restaurant had your basic small-restaurant decor, with pictures of Italy on the wall, the Sorrentino’s locations are now more upscale, complete with fancy table settings and private rooms. The cafes have a more European feel with lots of glass and polished surfaces.

Sorrentino’s food has changed even more than the decor. It has gone from featuring basic middle-of-the-road Italian dishes like spaghetti Bolognese, to a much more varied menu – that has a lot more garlic.

“Edmonton tastes have evolved and come a long way, and I evolved with it,” Rago says. “My experience was with the food of my grandmother and my mom, but then I travelled.” Those travels took him throughout Italy, where he learned recipes from various regions. He introduced elements like spaghetti carbonara, pesto and carpaccio.

With five outlets of the Italian espresso cafes in Edmonton and another in the planning stages, this franchise part of the operation is where the growth will occur now that Rago’s sons are getting into the business, and the family has plans to make it a national chain.

Rago concedes that chains like Second Cup and Starbucks, and now even McDonald’s, do a pretty good job of selling coffee. But as he points out, it was the Italians who invented espresso, and still make the best mud. 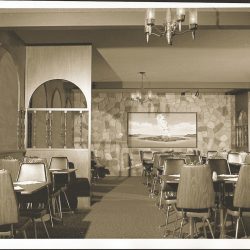 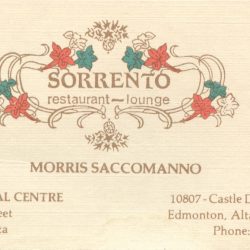 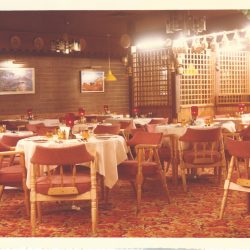 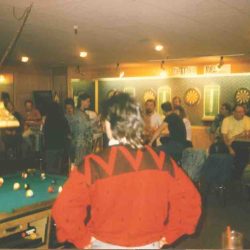 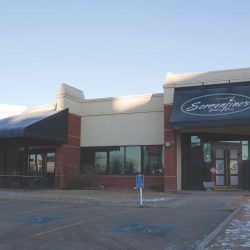 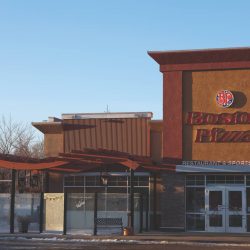 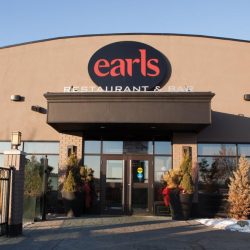 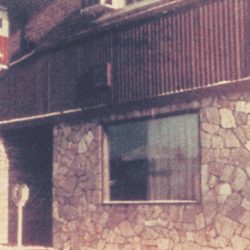 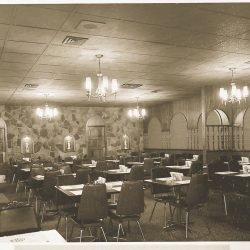