The Alberta Prime Minister of Canada

When Harper leaves, what portends for Alberta's influence in Ottawa?
By Paul Bunner | February 11, 2010

Urban Encapsulating History The shelf life of successful contemporary political leaders in Canada, at all levels, is rarely more than 10 years. Read More 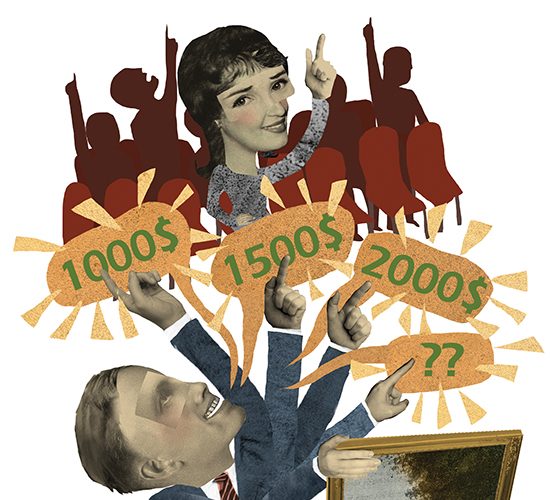 Urban Tripping to Auction A place where deals and treasures meet. Read More

The shelf life of successful contemporary political leaders in Canada, at all levels, is rarely more than 10 years. They win two or three elections, baggage accumulates and then they are hounded or voted out of office so that, as Lester Pearson said when he gave way to Pierre Trudeau in 1968, “another Superman can be erected on the ruins.”

By this measure, the clock is ticking on the career of Prime Minister Stephen Harper. By October 2015, the expected date of the next federal election, he will have served nine years and nine months. It will be his fourth election, following the minority victories of 2006 and 2008, and the big majority win in 2011. He will be the sixth-longest serving prime minister in Canadian history and his brand will be severely tarnished by real and imagined errors and failures.

During his annual northern tour this summer, Harper was asked for the first time if he intends to lead his party into the next election. “Of course,” he said. “I’m actually disappointed you feel the need to ask that question.” No doubt he was. For it is the question that often heralds the beginning of the end of political careers.

The fate of the Harper government mattersto Alberta and Edmonton, a lot. We have never known such power and influence in Ottawa as in the last seven years, and it is decidedly in our interest to extend our political hegemony in the nation’s capital. Along with the prime minister, we are represented by cabinet heavyweights Jason Kenney and Rona Ambrose, and junior ministers Tim Uppal, Michelle Rempel and Kevin Sorenson. There are also numerous Albertans staffing the PMO and ministers’ offices. Moreover, many of the national policy objectives that originated with the old Reform party still dominate the government’s agenda.

Reducing taxes, cutting regulation and red tape, keeping debt-to-GDP ratios in check, pension and EI reform, aggressively pursuing international trade, reforming the immigration system, and expanding natural resource development: All these came right out of the old Reform playbook, and are in sync with Alberta’s economic interests. The crackdown on income trusts and the refusal to bankroll Edmonton’s Expo 2017 bid were rare examples of Alberta snubs.

The Harper government has been careful not to overdo pork barrelling in the province, although opposition party researchers are undoubtedly toting up the generous contributions to things like Edmonton’s LRT, the Art Gallery of Alberta, the Royal Alberta Museum, the Anthony Henday freeway and other local projects with a view to unfavourably comparing Edmonton’s lolly to, say, Montreal, sometime during the next election cycle.

If that kind of squawking does come out of Quebec, it won’t worry Conservative election strategists much. They re-wrote Canadian political history in 2011 by winning a comfortable majority with only five seats in La Belle Province, and have since redrawn the electoral map to add 27 more seats in Alberta, British Columbia and Ontario. No doubt they find it amusing that both the Liberals and the NDP have chosen leaders from Quebec, where they will duke it out with the Bloc Qubcois for all the seats the Conservatives don’t need.

But the eclipse of Quebec’s hegemony in Ottawa is no guarantee that Alberta’s will continue. The foundation of Harper’s success was the alliance he and others built between western Reformers and the Ontario conservative coalition assembled by former premier Mike Harris. That brought the remnants of the federal Progressive Conservative party reluctantly into the fold, but it never fully resolved the ideological differences between the western Reformers and the eastern Red Tories.

Harper has deftly used the discipline of power to hold the factions together. During the minorities when the party was always at imminent risk of losing government, he had considerable leeway to clamp down on caucus dissenters or extremists. Although his administration pursued a boldly conservative economic and fiscal agenda, and defied the powerful environmental and aboriginal lobbies in scrapping the Kyoto and Kelowna accords, it balanced such actions with profoundly un-conservative initiatives such as the motion to recognize the Quebecois as a “nation within a united Canada” and the residential schools apology.

The quest for moderate, mainstream political positioning also led to the appointment of senators like Mike Duffy, Pamela Wallin and Patrick Brazeau, who were complete strangers to Conservative Party convictions and objectives. Meanwhile, MPs with conservative hobbyhorses, from pro-lifers to libertarians, were effectively muzzled.

When the euphoria of the 2011 majority began to wane, Conservative MPs like St. Albert’s Brent Rathgeber hoped the government would relax discipline a bit. He and other backbenchers were soon disappointed. Rathgeber famously quit after the government gutted his private members’ bill calling for greater public exposure of civil servants’ salaries. He now sits as an independent and may become a historical footnote after the next election. But he illustrates one of the deep schisms in a party and government that tries to accommodate principled conservatives like Rathgeber alongside carpetbaggers like Duffy.

This schism is as regional as it is philosophical. William Lyon Mackenzie King was talking about Canada when he observed the country “has too much geography,” but it is equally true of the parties that try to govern it. The geographic divide in the Conservative party could break wide open at its national biannual convention in Calgary late this month during a constitutional policy session dealing with the rules governing leadership succession.

The current rules grant the same number of votes to all riding associations, regardless of how many members they have. Adopted in 2003 as part of the merger agreement between the Progressive Conservative and Canadian Alliance parties that created the new Conservative Party, the rules were designed to assuage eastern fear of western domination. At the 2011 convention, Peter MacKay, the former leader of the PCs who brokered the merger on their behalf, led a successful defence of the status quo. Kenney, among other westerners, argued for a “fairer” system granting more votes to ridings with more members, but the proposal was defeated in a vote dominated by eastern delegates.

The issue is back on agenda in Calgary. If it goes to a vote, the outcome will have profound implications for the future of the party – and for Alberta’s influence in Ottawa. Western candidates in the next leadership contest could include Kenney, Jim Prentice (the Calgarian and former Harper minister currently biding his time on Bay Street), Vancouver’s James Moore and, possibly, Edmonton’s Rona Ambrose. Contenders from the East may include MacKay, and Ontario ministers Tony Clement, John Baird and Lisa Raitt. They will have a mathematical advantage based on the sheer number of ridings in the East, but it will be tempered if the succession rules are changed to give more voting weight to large-membership western ridings.

Kenney is the wild card. As Immigration minister and Harper’s point man on ethnic outreach, he has built a solid national political base among new Canadians. They are a huge and fast-growing growing influence in Canadian politics, and a key part of the Conservative electoral coalition. That makes Kenney a frontrunner in the succession sweepstakes, and a fair bet to become Canada’s next prime minister.

Two things limit Kenney’s upward mobility. The party and the country will have reservations about electing two Calgarians in a row as prime minister. (Although four Montrealers – Trudeau, Brian Mulroney, Jean Chrtien and Paul Martin – pretty much owned the PMO from 1968 to 2006.) And the Red Tories, like many centre-left Canadians, will be spooked by Kenney’s long-time association with social conservative groups and causes. Still, it will be tough for opponents to demonize the effervescent Kenney. He’s too smart and too cheerful to be pigeonholed as a religious troglodyte.

Admittedly this is all very speculative. Harper may well defy the 10-year threshold for political leaders and overcome the comparatively picayune scandals that are dogging him today. His credibility as a competent steward of the economy remains largely intact, and he could sail into the 2015 election with reasonable levels of economic growth, a solid record on job creation and a balanced budget. He has unfinished business on pipelines, resource development and deregulation in order to achieve the “Canadian energy superpower” benchmark he set in 2006. And he would relish putting the final nail in Pierre Trudeau’s coffin by crushing his son in an election.

Or, if “Duffygate” winds up in court, testimony could shred Harper’s story that he had no idea his chief of staff and other senior party officials conspired to snuff out the scandal by writing a cheque to cover the Senator’s bogus expense claims. If it comes to that, it will certainly be time to erect another Superman on the ruins. Let’s hope he or she is an Albertan who can hold the Conservative party together and continue our hegemony in Ottawa.

40% Yes, absolutely!
9% No way, no events for me.
51% Maybe, depending on the COVID numbers.
Current Results