Race To The Top

Edmonton's latest architectural epoch may be determined by outside eyes. But some say the next stop is bigger than buildings
By Tim Querengesser | May 11, 2016

One day in March, Toronto’s Stephen Teeple rides shotgun in Carol Belanger’s grit-covered ’90s Volvo station wagon as we all drive out to Edmonton’s north-end suburbs. “Have you seen it before?” Teeple yells to me in the back seat as we roll into the parking lot of the Clareview Community Recreation Centre. “It’s wicked, hey?”

Thanks to Belanger, Edmonton’s exuberant city architect, Teeple’s architecture firm collaborated with local firm Architecture Tkalcic Bengert (ATB) to design the recreation centre. Opened in 2014, the result, as Teeple said, could be described as “wicked.” Containing a library, gymnasium, hockey rinks, pools, soccer pitches and a child’s paradise of a play room, Clareview sits in a meadow between the neighbourhood’s drab, car-based row housing. Its Star Wars-esque geometric futurism is focused on pedestrians, and challenges everything surrounding the centre to catch up.

As we get out of the car, Teeple continues, beaming like a kid showing off a new bike. “So you are on the big idea,” he says, alluding to the 347,000-square-foot structure’s length. “And the big idea was to connect the community” – he points eastward – “to that LRT over there. It’s like a … little walk that allows the community to connect better to the LRT and …” – he spots a pedestrian walking – “… there’s someone doing it. Yeah!”

At Belanger’s offer, I had joined Teeple in the natty Volvo to drive to Clareview and discover how collaboration between architecture firms works in Edmonton. But, as we drove, Teeple explained the biggest gift an outside architect can provide Edmonton is “fresh eyes on the city,” and it became clear that pretty buildings may catch our eyes, but the thinking behind them is what’s really changing the city. Aside from outside firms collaborating to construct unique buildings – 1974’s Northlands Coliseum, for example – Edmonton was like most other mid-sized Canadian cities: Local architects designing local buildings, says Shafraaz Kaba, a partner at Manasc Isaac. That started shifting in 2010 with the Art Gallery of Alberta, a collaboration between Los Angeles’s Randall Stout Architects and Edmonton’s HIP Architects, and then exploded when Belanger replaced the former invitation-only cost-focused bid process for new municipal buildings with an open, transparent, concept-focused hiring process.

That shift, said ATB architect Shane Laptiste – who has collaborated on Rogers Place and is a member of Media Architecture Design Edmonton (MADE) – was revolutionary. As with any spend of public money, bidding for municipal buildings meant the lowest price usually won but didn’t allow for the best architecture, he says. All architects would like to create engaging work, but “there’s only so much you can do with a certain budget.” The result, depending on how charitable you are, is a legacy of recent municipal architecture notable for lean budgets and perpetuating Edmonton’s architectural hangups. After Belanger’s shift brought in outside eyes, “we’re getting better than we were in the past,” Laptiste says. Alberta Association of Architects guidelines dictate that you need to be registered to practice in Alberta, so many outside firms find local partners to build in Edmonton. Thus, after winning design competitions, outside architects teamed with local ones to build 2012’s Jasper Place library branch and Commonwealth Community Recreation Centre, 2013’s The Meadows Community Recreation Centre, 2014’s Clareview Community Recreation Centre and Highlands library branch and 2015’s Mill Woods library branch – all of them award winners. More collaborative buildings are imminent: Teeple is teaming again with ATB for the re-imagining of the Stanley A. Milner Library downtown while, a few blocks west, a consortium of designers are finishing Rogers Place. Nearby, Ledcor Design Build (Alberta) is building the new Royal Alberta Museum structure, while two New York City firms – Lee H. Skolnick Architecture and Design Partnership and Ralph Appelbaum Associates – are designing galleries inside. And, Vancouver’s Bing Thom Architects is collaborating with Edmonton’s Manasc Isaac on MacEwan University’s Centre for Arts and Culture.

But provincial guidelines aren’t why Vancouver’s Bing Thom is on the project, Kaba says. Manasc Isaac proposed the collaboration to Bing Thom, which has expertise in theatres, and Manasc offered its own expertise with cold climates and the city’s bureaucracy. That combined expertise proved essential: When Bing Thom was designing the building envelope, “we had to point out, ‘Um, winter climate – we need to use triple-glaze windows,'” Kaba says, grinning. Manasc developed “snow wells,” he says, to capture anything that slides off, essentially allowing Bing Thom’s grand vision for the exterior to remain intact. James Brown, a project director leading Bing Thom’s work in Edmonton, says his firm’s main contribution isn’t so much a pretty building, but an understanding of its setting. The tendency for MacEwan’s current buildings is to turn their backs on 105th Avenue and face the car-clogged 104th Avenue, he says; that sees pedestrians rush inside MacEwan to escape the seven-lane freeway on the front doorstep. Bing Thom knew 105th Avenue is being reconceived as a pedestrian street, so the firm sought to link it to 104th Avenue for students on their feet. The result is an internal 111th Street within the Arts and Culture building – Brown says it will be like a central atrium or internal square that will line up with where 111th Street would run if not interrupted by the structure – as well as making the 105th Avenue entrance more prominent than the front. “We’re kind of pointing to the direction [MacEwan] should go,” Brown says, alluding to people-friendly 105th Avenue and away from 104th.

“Our gift was to try to push. Good architects bring different experiences from different cities in the world.”

“They can layer this onto specific city concerns but also challenge conventions. It’s all how it fits into the urban plan and gives life to the city.”

Kaba says seeing how Bing Thom looks at urban design was enlightening; but now, these collaborations need to go deeper than simply architectural. “The next level for Edmonton is to get the streets right.” To do so, Kaba thinks outside urbanists like Vancouver’s Brent Toderian – who visited for two days to Edmonton in February and scolded planners for non-urban thinking – should be the next ones to team up. “He had a huge impact on people,” Kaba says. “Someone like him has to be here for a year and actually lead a group of urban designers through what the next steps should be.”

Fittingly, Belanger hints that very change is slowly happening. “We’re working with our current urban design group here in the city to help them understand how we hire architects, to bring that to how they hire urban designers,” he says, back behind the wheel of the Volvo. “Again, they’re faced with the same thing – they hire the person with the lowest fee.”

Teeple, staring out the window at a multi-lane highway, echoed the thinking. “In some ways, you’ve got to reorganize how decisions are made in the public realm,” he says, acknowledging buildings are, in the end, part of the larger fabric they’re set in. “What kind of streets do you want? You’ve got to decide that first.” 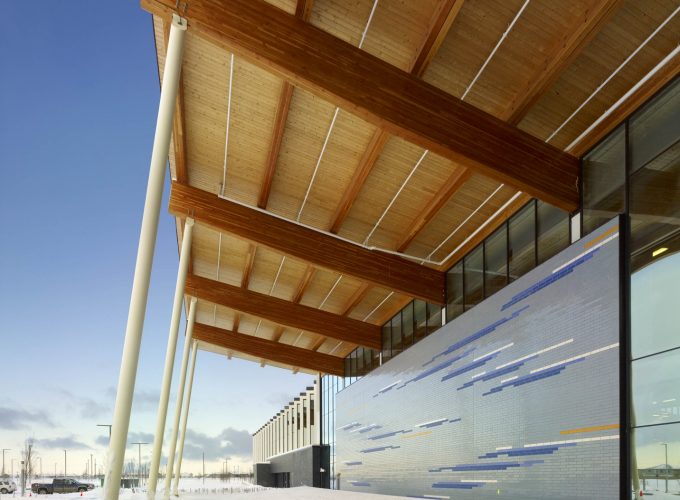 Urban Carving Out A Spot in Design Projects in Edmonton win big at the Prairie Wood Design Awards. Read More 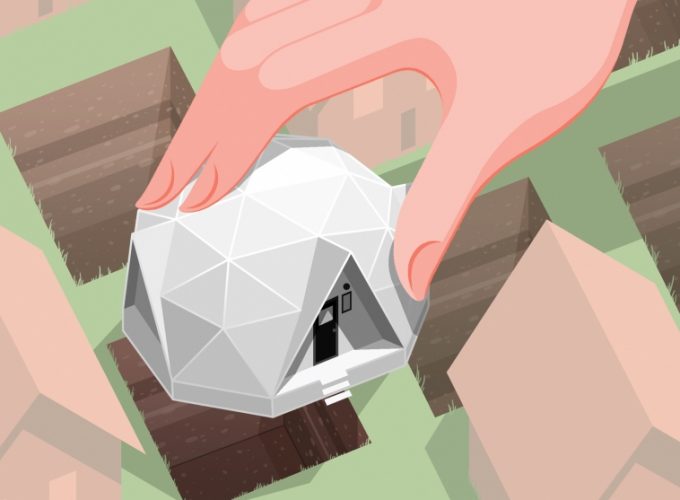