A lot can change in a decade. Ten years ago, Top 40 Under 40 alumnus Andrew Parker was a fresh-faced university graduate, lacing up for his professional basketball career. His talents on the court took him around the world, with stops in Germany, Brazil, France and the United States. But, even as he travelled, Parker never lost touch with his hometown roots.

Growing up in north Edmonton,Parker’s love of the game grew under the guidance of the late Thom Elniski, coach of the M.E. LaZerte basketball team. Elniski, who Parker now calls a mentor and father figure, supported Parker in a pivotal moment as a young, energetic youth about to go down the wrong path.

Inspired by Elniski’s positive influence, Parker and some teammates from the Edmonton Energy started the Pride of the Northside four- on-four streetball tournament in 2008. It was a decision he hoped would have a positive impact on other young people in the community.

“At that point, I didn’t know what to expect, but I wanted to do something for the place I grew up. A lot of the other tournaments are held at these big recreation facilities, they’re indoors, with water fountains and all these cool amenities, and we’re just basically on the streets,” he says.

The first year saw five teams of mixed ages face off for the title of Pride of the Northside. In the second year, participation doubled – and it only grew from there. This year marks the tournament’s 10th anniversary, and it now offers options for all ages with U10, Youth, High School, Girls’ and Men’s divisions.

“I’ve seen kids grow up in north Edmonton through this tournament and become ambitious, respectful men and women,” he says.

One of those young men, Wyatt Beaver, started playing in Pride of the Northside early on. Since then, he’s gone on to be one of NAIT’s most promising young athletes. Each year he returns to the tournament, bridging his passion for basketball with his community roots.

“Andrew created this tournament and has never changed his mission of connecting community with the love of the game. I’ve been playing since year two or three, and I’ve seen the tournament create such a ripple effect,” notes Beaver. “It’s slowly but surely becoming a part of Edmonton’s history and a part of our many summer festivities.”

The tournament’s positive impact extends well past just Beaver and Parker. While Beaver has gone on to achieve national athletic acclaim, Parker is overcome by a sense of joy watching the transformation within his community.

“When I was playing on those courts as a kid, I would have never seen WNBA players, Edmonton Eskimos or the mayor playing right there in our community,” he says. “Now it’s outstanding, the amount of community support we receive.”

For Parker, what started as a small initiative with friends has grown to something greater than he could have imagined. The annual tournament returns August 18-19 at the Londonderry outdoor basketball courts (7104 144 Avenue) and promises to be bigger and better than ever. 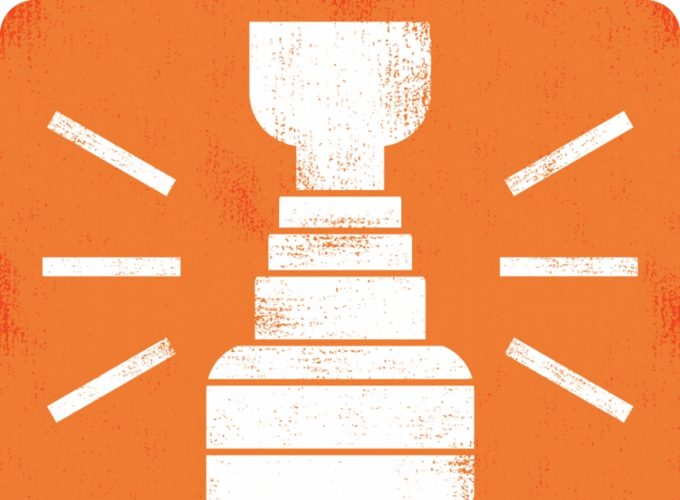 Active #YEG: The Clincher Passing down a love of the Edmonton Oilers to the next generation. Read More