Why He’s Top 40: He’s leading youths in the right direction through sports – and helping to establish community pride

Andrew Parker’s life could have gone in a very different direction. The north side native admits that, in high school, he was on the wrong path – and the positive influence of a mentor, coach Thom Elniski, changed everything. When Elniski passed away in 2004, Parker made the decision to go back to school and get an after degree in education to follow in his footsteps. “I kept thinking, [Elniski] was such a huge influence in my life and now he’s gone from the north Edmonton community – would there be someone like that who would be incredibly selfless, and help kids out in the community?”

Now, that someone is Parker. He teaches and coaches at M.E. Lazerte, where he went to high school, and is also the director of Pride of the Northside – a basketball tournament that will celebrate its 10th anniversary in 2018. For Parker, nurturing and promoting his community is a huge priority – and he wants the youth he mentors to feel the same way. “The primary goal [of the tournament] was giving these kids something they could call their own and take pride in – hence the name,” says Parker. Initially, it was a passion project he was paying out-of-pocket to run. Once Pride of the Northside started growing, Parker began making donations to the Stollery Children’s Hospital in the tournament’s name in honour of his late friend David Adomako-Ansah. Adomako-Ansah, who passed in 2013 from complications related to lupus, created the Dunk on Disease foundation and was a huge supporter of Parker’s tournament.

Whether during the tournament or during coaching sessions, Parker sees the tremendous impact that sports can have every single day. “When these kids come out here to play they don’t even understand what they’re learning, but they are learning something,” he says. “Imagine if we take that away from them, who are they going to learn it from? They learn it in a different way, going in a different direction, which, for some of the kids in this area, is not a good one.”

Parker is all about building community and connections, whether that involves his time coaching and mentoring players on the court, his work as a motivational speaker or his volunteer time with the Black History Month Awards. And, he leaves me with a simple message that sums up his mission – “each one, reach one, teach one.” 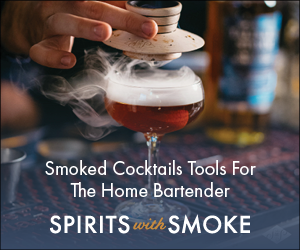