Appreciating what's around you, without breaking a sweat
By Jeremy Derksen | July 1, 2012 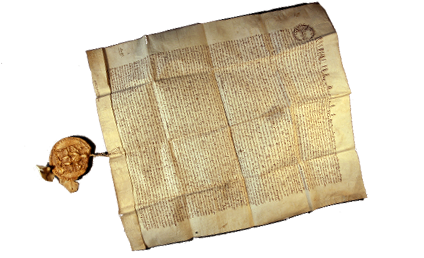 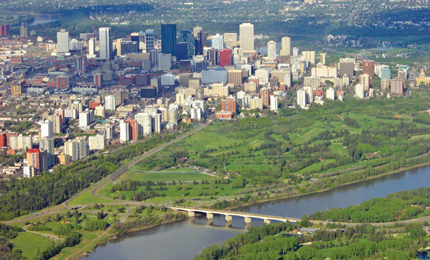 Escaping the urban setting and reconnecting with nature is essential to human experience, argues Richard Louv.

In his latest book The Nature Principle, the author, who coined the term “nature-deficit disorder,” argues that our interactions with nature (or lack thereof) affect everything from social welfare to personal health. “The more high-tech we become,” he writes, “the more nature we need.”

Edmonton’s natural areas fulfill their most important role simply by being there for Edmontonians on a warm day, when life is at its fullest. On a summer afternoon, the Capital Region offers many adventures that don’t require the adventurers to work up a major sweat.

From the forest floor, the valley takes on a whole new life. Sow bugs, beetles and ants teem around mossy undergrowth and crawl beneath the pillowy white undersides of wild mushrooms. Alberta is host to a variety of species, some edible, others medicinal and still others decorative (read: Mildly poisonous). This abundance was what first inspired professor Randy Currah and Helene Schalkwijk-Barendsen to establish the Edmonton Mycological Society (now the Alberta Mycological Society) in 1987.

Over the years, the club has grown in membership and scope. The 170-strong members have even launched a campaign to get the fungi Leccinum boreale recognized as Alberta’s next official provincial emblem.

“Edmonton is a great place to pick mushrooms,” says Martin Osis, the society’s past president. “Some very rare fungi have been found in the river valley.”

Identifying mushrooms isn’t easy, says Osis. You can use local field guides, like Mushrooms of Western Canada, but, above all, he recommends you “go out with experienced pickers who can show you specific mushrooms and the differences between them and their look-alikes.”

The society hosts weekly forays in the Edmonton area and beyond, giving participants a chance to explore places like Elk Island National Park, Ministik and Lesser Slave Lake.

But more than just fungi, the North Saskatchewan’s fertile banks are a veritable salad bar. Fireweed, blue flax, Saskatoon berries, raspberries and even a rare beaked hazelnut grow wild in the valley. And to forage these, supervision is not required.

Abundant food sources in the valley’s natural corridor also attract white-tailed deer, elk and coyote, as well as great horned owls. In an article published in Coyotes Still Sing in My Valley: Conserving Biodiversity in a Northern City, University of Alberta wildlife biologist Jim Butler wrote about the great population of creatures to discover in the valley. Paraphrasing naturalist John Burroughs, he writes, “If you sit still in the woods long enough, the best of nature will come to you.”

For the patient, a small population of the flying squirrels has been documented in the region. However, spotting the species isn’t easy given their nocturnal ways.

For those less inclined to sit still, the John Janzen Nature Centre has programs to help people discover all this bounty for themselves. In July and August, the centre hosts Thursday evening bonfires, where visitors can learn about the wildlife in their own backyards, how to hear the songs of nature or how to forage for edible plants.

With its rich flora and fauna, the valley presents a world that borders Alice’s Wonderland. There, in the heart of the city, it sits, beckoning Edmontonians to pass through the looking glass.

Rae Emogene and her fellow members of the Images Alberta Camera Club are making the best of the summer sun as it dapples the weathered wood of the old historic residences, preserved in a quiet corner of Kinsmen Park. Here, people can discover the early history of a famous resident, John Walter, partake in Sunday afternoon history and crafting programs or, like Camera Club members, exercise their own artistic abilities.

Photography club outings frequently make use of the valley, says former club president Scott Henderson. “People may look at it and say, ‘It’s trees and river – what can I do with that?’ But it’s the changes and contrasts that make it a great setting,” he says.

You don’t have to be a professional – or have any experience at all, for that matter – to join the club and participate in its scheduled outings. While most of its programs run from early fall to late spring, it also has special outings for events like World Photography Day (Aug. 19), and Henderson encourages budding photographers to take advantage of the valley in all seasons.

Henderson says that the river valley, with its shifting light, changing seasons, industrial features like the High Level Bridge, and the people who visit it, is a great training ground for photographers. “Sunny day shots” and skyline images may be familiar to many, he says, but other opportunities present themselves when the valley is shrouded in early morning mist or bathed in winter light.

One particular fall day a couple years ago, he was inspired while commuting to work. “It was late fall and the leaves had hung around and turned that deep yellow. I was driving down by Groat Road where it turns onto River Road and I just had to stop,” he says. “The bridge, trees and sunrise just made a great shot, with a couple of those sandbars in the river as foreground interest.” After all, you never know when you might happen upon that perfect moment.

Get a Bird’s Eye View

The Métis Crossing heritage centre, out by Smoky Lake on a bend of the North Saskatchewan, preserves the artifacts and history ofthe Mtis who once built their homesteads in the region.

But this is a place of living culture, where music echoes over the river from barn dances and the centre’s annual National Aboriginal Day celebrations. And for the daring, there is the zip line. Up among the circling goshawks on the eastern prairies, it gives visitors a different(and faster) look at the landscape.

Scary as it might seem, zip lining doesn’t require technical skill, just faith in your guides. At Mtis Crossing, hundreds of school children as young as seven traverse the course each year.

When it’s not booked for school groups, the course is open to the general public from 11 a.m. to 6 p.m daily from May long weekenduntil Labour Day. The reward is a rare moment of weightless freedom, soaring like a bird above a canopy of aspen and poplar, upliftedby the breeze off the river.

Paddle Down the River

Few things (zip lining exempted) are as liberating as getting in a canoe and paddling down the North Saskatchewan River.

In the centre of the flowing water, flanked by verdant river banks, you can’t get farther from the urban environment you are passing through. It’s a feeling that is hard to replicate elsewhere within the city.