#YEG: A Walk In The Park

A playground designer reflects on types of play.
By Bonita Lehmann | July 28, 2016

I’m a playground designer. It’s cool because, most of the summer, I get to be outside during various stages of playground construction. After it’s done, I get to be the very first one to play on it.

I climb my way through the playground, just as I had imagined when I was designing it months ago. Scrambling through the tower maze of ropes, I look out over the neighbourhood. Next is the tightrope bridge to challenge my balance, then flying across the zip line. Now it’s time to try out the slide. I have two options to get up there: the looped ladder or the stairs. I decide to take the easy way up; this is the way that the slower and not-as-physically-able kids would take to get up and whoosh down the slide. Then, I find the small space that is under the slide deck, take a seat and listen to the muffled sounds of the neighbourhood. This is the spot where I know some kids will gather and play quietly alone or with their “besties.” This place is special and just for them. Kids have a hard time playing and having fun when they are overstimulated.

I walk towards the swings and jump up on the seat. I only pump my legs a few times because, unlike my younger self who could swing for hours, I get nauseous quickly. Swinging and rocking help stimulate sensory integration in the brain and can be calming for many children.

Passing by the ground level play panels, I can’t resist the shiny sparkling marbles, rolling my hands over them and then spinning the rain wheel to make that magical sound that kids love so much. This is the place on the playground for kids who need sensory and visual stimulation more than social stimulation.

I’m often reminded of my two girls, Samantha and Lexie, at the playground many years ago. I watched Lexie as she would swing endlessly, but Samantha played differently. She was cautious on the playground; she usually wanted quiet controlled play. Having been diagnosed with type 1 diabetes at 18 months, she was careful not to push herself too far, especially when she wasn’t feeling well. Many times I would sneak over to her school at recess time and watch her play. I could tell if she wasn’t feeling well just by her body language and how she interacted with other kids. My heart ached for her on those days.

Now, my responsibility is to make sure that I design a playground that has something for every child. To quote Mr. Rogers: “Play is really the work of childhood.”

Bonita Lehmann is a born-and-raised Edmontonian, nature lover and writer who published a best-selling memoir, Saving Her. Saving Me., in 2014. 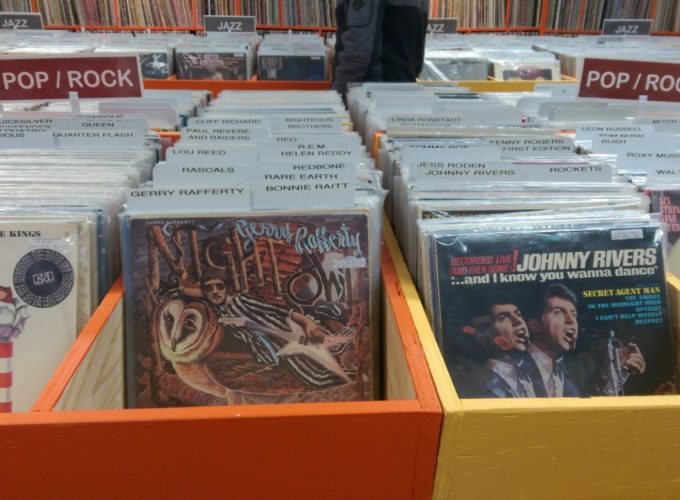 Culture 5 Record Stores To Check Out In Edmonton April 16 is National Record Store Day – pick up some new favourites at one of these local spots. Read More