David Candler splits his time between being a doctor and collecting art. They're two very different pursuits with a common goal - to improve people's quality of life.
By Caroline Barlott | November 28, 2016

David Candler was walking out of an art exhibit in the Muse d’art contemporain de Montreal when he completely broke down. He sat down on a bench, and cried – feeling a surprisingly intense release of emotions, both positive and negative.

Angelica Mesiti’s Citizens Band affected him so profoundly that years later he’s still a little shaken when he speaks of the experience. “I thought of the millions of lives the work represented and the emotional content – both grief and exuberant joy – and I was overcome,” he says.

The exhibit featured four large video screens playing four films in succession: A woman performed traditional Cameroonian water drumming in a deserted Paris pool, an Algerian man sang and played a keyboard on the Paris metro, a Mongolian man busked with a two-stringed instrument in Connecticut, and a man whistled a haunting Sudanese melody in his Brisbane taxi cab.

For Candler, the art went beyond the beauty of the music, invoking feelings of isolation and longing, along with intense empathy for those filmed. “The power of an artist to create such effect is remarkable and so very important; they then influence and shift my view of the world and how I can impact others. Great art has the power to make us better, more thoughtful humans, in my opinion,” he says.

Two years later, Candler is standing on a ladder at his own art gallery, dc3 art projects, cleaning up the area after the previous exhibit. The high ceilings give the space an open feeling, reminiscent of a public art gallery; but it’s actually a commercial space where those who view the art can also purchase the pieces.

As Candler climbs to the ground, his Alberta Health I.D. swings back and forth, dancing alongside his stethoscope. He’s taking a lunch break at the gallery, helping to prepare the space for the next show before rushing back to his day job as a family physician, working with oncology patients.

He typically works a regular 40 – 60 hour week at the Cross Cancer Institute, and then about 20 extra hours at the gallery. The extra hours actually help recharge Candler, though, rather than deplete his energy reserves. While he doesn’t make art himself, he consumes it voraciously, always searching for work that will make an impact in his gallery space.

“Indirectly, it’s how I look after myself. It’s something I’ve identified I need in my life for myself and for other people. And it helps me to take care of myself in a job, a paying gig that’s not an easy one,” he says as a call comes through from the hospital.

Art and medicine are generally thought to be pursuits that occupy opposite spectrums of the brain’s hemispheres – with the left focusing on logic, and the right on creativity – but Candler’s motivation behind both comes from a similar place. He can take care of people’s physical and emotional health through medicine, and their intellect through art.

His work as a doctor, he says, is more of a creative pursuit than most would think. It involves analyzing how the illness affects people’s entire lives. He cares for people who have been admitted to the Cross Cancer Institute, managing social, psychological and medical concerns. He also visits patients in their home during the terminal stages of the disease, working to improve their quality of life.

“My interest in art and the way I practice medicine are rooted in a belief that I benefit and learn from every interaction I have with others,” says Candler.

Candler wasn’t always interested in visual art, but that changed after going on a trip to Oaxaca, Mexico right after completing his medical exams in 1988. Oaxaca’s streets were lined with small galleries, showing everything from ceramic installations to historical paintings.

“It was work that went beyond the decorative. Work that was concerned with the bigger world-it was either highly conceptual or intellectual or emotive,” Candler says.

While he acknowledges there were good galleries in the city, he couldn’t find the type of contemporary art he was seeing on a global scale at the time. He waited 25 years for someone to start showing this type of art in Edmonton, but it didn’t happen. [a round tent] with a crushed glass floor is for sale (in reference to Amalie Atkins’ Three Minute Miracle). David’s work as a doctor allows us to take risks in programming that other galleries may not be able to. We are in this for the long-game, not to sell out a show,” says Schultz. One of their first shows included a painting by Tammy Salzl of three women crouched around a deformed male. The work addresses the use of chemicals – pesticides, cosmetics, flame retardants, to name a few – which are affecting hormone levels in many species. The painting is supposed to represent the earth a few hundred years down the line. One woman, who saw the piece, was incredibly offended and questioned why they would carry something so disturbing. But Candler explains the idea behind the painting; and in the end, he realized her violent reaction was actually an argument for the importance of the piece: that it creates a dialogue.

Candler hasn’t been as affected as he was by a piece of art since that time in Montreal. But now every day, he takes part in work that inspires and challenges him. His lunch break is over, so it’s time to head back to the hospital where he needs to check on several patients. It’s a big change from the gallery, but Candler says his work as a doctor is about more than just keeping track of physical problems – he analyzes the whole picture, and how the illness affects many aspects of their lives. In both pursuits, Candler uses both logic and creativity to dig beyond the surface and further his emotional, physical and intellectual understanding. 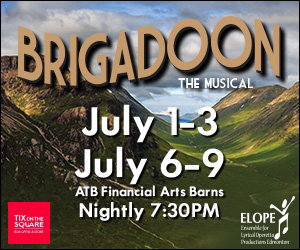 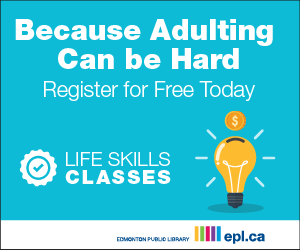 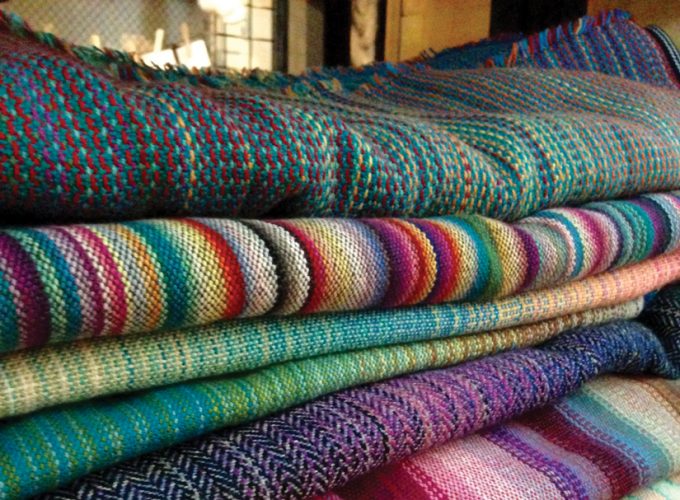