Alyssa Lau champions slow fashion through her e-commerce store.
By Jasmine Salazar | May 30, 2017 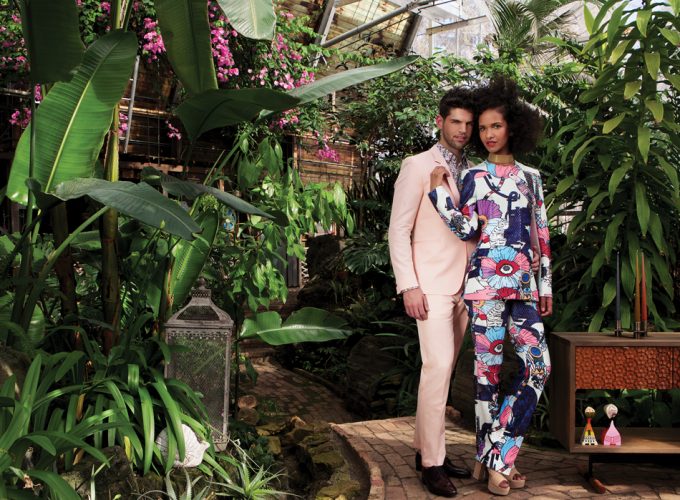 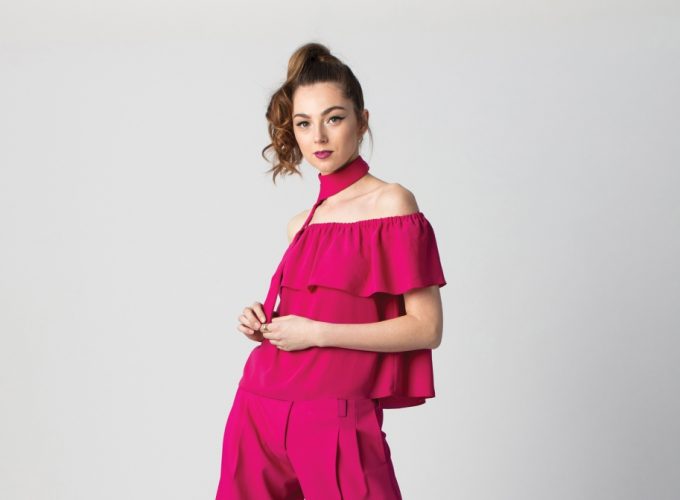 Style Boldly Go Get out of the neutral zone; your wardrobe needs to be bold in 2017. Read More 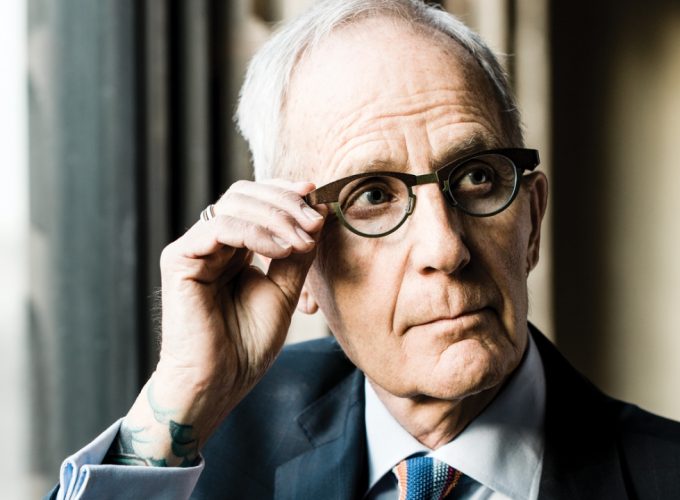 Biochemistry and fashion make for an unlikely mix, but that’s where Alyssa Lau’s mtier with fashion began. It was in the summer during her undergraduate studies that Lau’s fashion blog, Ordinary People, materialized as a divertissement from studying. Soon, Ordinary People enthralled a worldwide audience – to date, Lau has accumulated 60,300 followers on her Instagram account, @Imalyssalau – and spurred some collaborative work with big-name fashion and beauty brands such as Coach, Shelley’s London and DKNY.

“It wasn’t something I thought would get a lot of attention, by any means, but it was a good creative outlet,” reflects the 25-year-old Edmontonian.
As her fashion career was budding, Lau was slated to go to grad school for biochemistry; however, Lau wasn’t ready to quit fashion quite yet. She postponed school and instead pursued fashion full-time by launching her own e-commerce store offering sustainable fashion, New Classics. The store has been in operation since October 2014.

That departure from graduate studies meant that Lau could pursue fashion full-time. New Classics Studio takes up her days and nights, where she can be found spending hours inside her Garneau studio working on photography and styling for the online store.

This is always a really hard one to answer… I think it’s always hard for me to explain because I feel like I always experiment. I think the one word to describe it is eclectic. I love being a tomboy, but I do love wearing dresses – it’s always been a mixture of things that I’m inspired by.

What currently inspires you?

Maybe it’s because I’m back from Hawaii, but I love bow ties in the hair, floral sundresses, basket bags, that kind of summery chic. But, at the core, I’ll still have a bit of tomboy mixed in.

What does a typical outfit look like for you?

Converse – I always bring them to travel in – high-waisted denim mom jeans, a white t-shirt and now this Acne leather jacket, which I finally invested in.
What did Ordinary People teach you about yourself?

It taught me that I am a creative individual and I really crave the need for a creative outlet. At that time, I was doing chemistry in school – I thought I wanted to be a doctor, as a lot of people in sciences do – and I guess I never realized how much creativity meant to me and how much I needed it to mentally function.

What inspired the creation of New Classics Studio?

New Classics started initially because I didn’t want to go to grad school. I was accepted into a biochemistry graduate program and I talked to [my boyfriend] Eric [Yun] one day; I remember messaging him from my bench saying that I didn’t feel motivated or I don’t feel a passion for [it] and I don’t see myself doing this graduate study for the next two years. He said, “Why don’t you start your own online store?” At that time, there were a lot of bloggers starting online stores – it was so cliche. I wanted to start something different, that had a good impact and that could initiate change, so that’s where sustainable fashion came in.

I had read a book a few months prior called Naked Fashion [by Safia Minney] and it talks about People Tree, a sustainable fashion brand. It really opens your eyes to the enormously negative impact of the fast-fashion industry and why slow fashion is imperative if we want to prolong our social and environmental well-being. After reading that and thinking about it, I thought, there’s no market in Canada for sustainable fashion. We’re so behind on the green-front of things – it’s actually really sad for a First World country. So, we thought we would try to start an e-commerce store that focuses on slow fashion and try to get Canadians really involved with it.

Could you explain to me what slow fashion is and how that concept is different from fast fashion?

Slow fashion is an umbrella term. It’s used to encompass the green, the eco, the sustainable fashion movement and packages it into one to combat the effects of fast fashion. To understand slow fashion, you need to understand fast fashion. Fast fashion is essentially what we see in mainstream retail today [where] you have all these stores capturing trends in a matter of weeks. They’re designing and producing these clothes in a matter of weeks, which is unheard of in the fashion industry, where it usually takes six months to develop a collection.

What slow fashion wants people to do is think about their consumption in a very critical manner so they’re no longer trying to buy things that are on trend but to buy things that are timeless, classic, and invest in clothing that will last them forever instead of four days. If you look back to the ’40s or ’50s, [about] 80 per cent of clothing was made in the USA; now 90 per cent is outsourced to Third World countries. There was a shift in the way we thought about clothing. At one point, we used to think about clothing as something we invested in, something we wear; but now, it’s become so disposable. Slow fashion wants to change that thought.

It’s really hard to fight against fast fashion. Some people say: If you can’t beat them, join them, because high-end designers can’t keep up with that pace. They’re creating one collection every half year, which is how the normal fashion calendar is.

What prompted you to make the switch from shopping fast fashion retailers to slow fashion brands?

It really started when I was doing research for New Classics. I was reading a lot about it and trying to understand why it was so important; that really opened up my eyes to how terrible [fast fashion] is. If people just understood that instead of paying $7 for a t-shirt, you pay $40 for a t-shirt that didn’t fall apart in a week, you’ll be saving so much trash and you’re not condoning the unfair treatment of garment workers. It’s really just putting things into perspective – instead of thinking about ourselves all the time, we need to think about who made our clothing and how it was made.

What is the biggest misconception that people have about the slow fashion concept?

When people think about slow, or sustainable, fashion, they automatically think of hippies, for example. At New Classics, we wanted to show people that sustainable fashion isn’t ugly. There are so many incredible designers who are paving and innovating the way for sustainable fashion and they’re doing amazing things in terms of the materials being used and how they’re shaped. We’re trying to show that you don’t have to give up beautiful clothing to be sustainable. Sustainable clothing can be beautiful and it can be well-made – it doesn’t have to be made out of hemp!

What’s next for New Classics?

We’re in our second year – we’re actually really excited about where we’re going right now. I don’t like having high expectations, but we’re doing a lot better than I expected to. We’re just trying to grow at a comfortable pace for ourselves. We’re still looking to pick up new designers and hopefully do an in-house brand – when we’re ready. We don’t want to rush anything.

Book: The A Song of Ice and Fire series by George R.R. Martin

Collaboration with which you’ve been involved: Coach 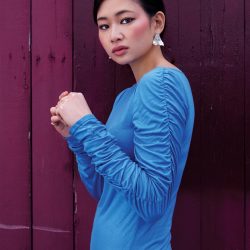 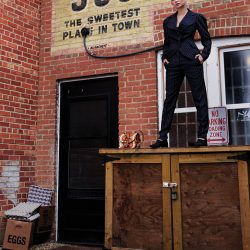 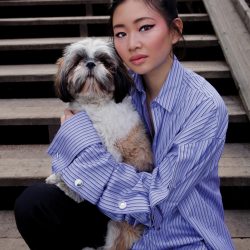 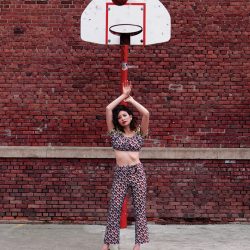 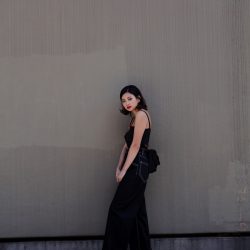 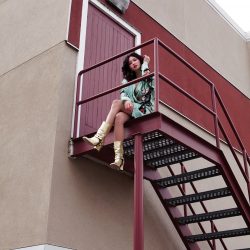