Through good times and bad, Fred Singer  transformed his father's company. Now it's Jordan's turn to take the reins
By Omar Mouallem | October 2, 2012 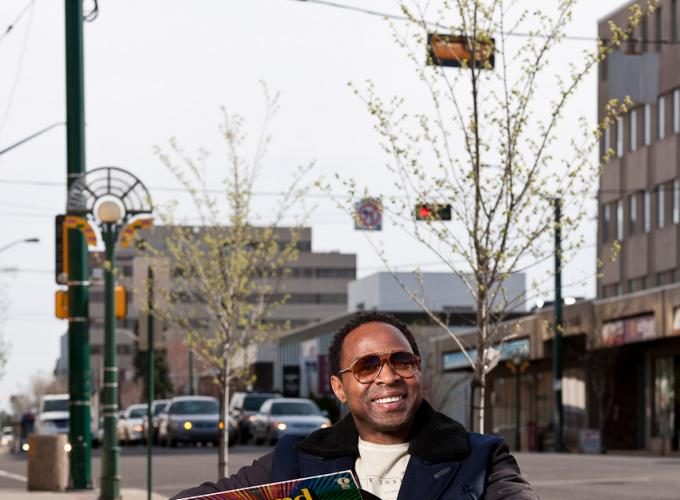 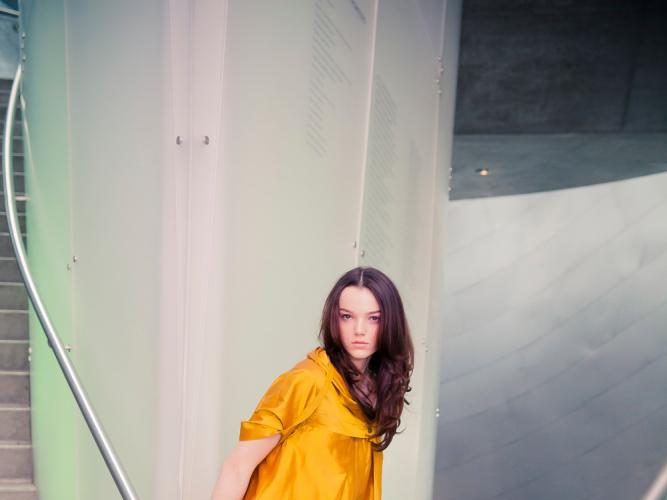 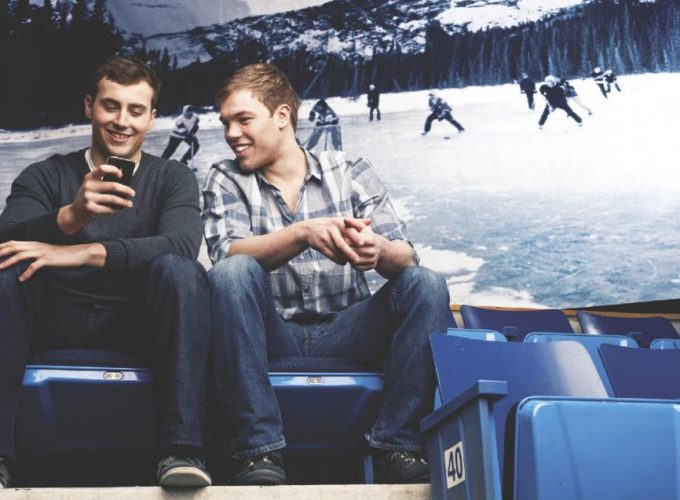 Flanked by racks of ready-to-wear Armani and Canali suits, Jordan Singer and his father Fred sit at a long wood table. This is where a sales associate might meet the odd customer who can’t find what he wants at Henry Singer and needs something tailor-made. And there’s a third generation of Singer there, too: The late Henry in a framed black-and-white portrait leans forward, as if listening in.

Fred slouches, relaxed, but Jordan is more upright, alert – perhaps taking the reins of a 74-year-old company right before the worst economic meltdown since the founder’s days will do that to you. “So, there we are, thinking we were heroes, building and having record years of growth for four, five years in a row,” recalls Jordan, “and then we run into this immense recession.”

Luckily, there was much to learn from Fred, who took over in 1977, three years before his father’s death. In fact, one could argue he had a taller mountain to climb: The early-’80s recession, National Energy Program, West Edmonton Mall‘s vacuum effect on downtown businesses, an LRT station developing on the footsteps of the store’s old Jasper Ave. location – “It couldn’t have been rougher,” says Fred, 63, now company chair. “Not only did we survive, but we grew through all of that.”

But if there’s one essential pointer the senior Singer gave Jordan, it’s “to feel good in your clothing,” says the 35-year-old company president. And that’s a tip Jordan wants to pass down to anyone who enters their Edmonton or Calgary stores.

From where do you take your fashion cues?

Jordan: I’m like a sponge, I try to take it from as many places as I can find. I travel a lot, constantly, so I’m just breathing in what I’m seeing and feeling. Music and fashion for me are directly linked.

Fred: There are four things that tie into fashion: The music you listen to, your home, the places you dine and the cars you drive (or a bicycle) – they all reflect your personality. And men who care about fashion want the whole package. And men who don’t care about fashion, I think, have no “package.” I love great clothes, but the thing I love most about great clothes is having somewhere to wear them.

Fred, what does Jordan’s wardrobe today say about his lifestyle?

Fred: I would probably think he’s not from Edmonton because he’s a step ahead. He’s wearing what I hope will be selling next season, and that’s our responsibility: The way we dress should reflect the future. We have to be a little brave that way. The first pair of pleated pants felt big and baggy and the first pair of skinny jeans felt tight and irritable, but you have to be brave.

Do you ever make the mistake of going to far ahead?

Fred: We always make the mistake of going too far ahead. We may pick a colour that’s just a little too forward or a pattern that just doesn’t look so great in Edmonton. When we talk about pushing the envelope we talk about moving ahead a little at a time; it’s not like women’s fashion, which is always changing dramatically.

Men’s grooming, though, changes all the time. Three, four years ago, you wouldn’t see men walking in here with tight shaves, small beards and such. Now every young man looks like that. I like it, though, especially when they dress up.

What are your earliest memories of Henry Singer?

Fred: I was a kid, coming to work because I needed a few dollars, so I had to make the boxes, collect the hangers, brush the hats. There was always one of the veterans who would take me under their wings and teach me something, like respect for the product, respect for the customer.

Jordan: I remember being four or five years old – I hope the labour laws of Canada don’t read this – and being in the basement of the old store and ticketing product.

Fred: You weren’t four or five –

Jordan: I was, and to make things worse that’s when smoking was legal in any building. So we had a couple of guys down there who would be smoking on pipes and cigars, and they’d be doing that while me and my brother were ticketing product.

Thing on a day off: Golfing

Your grandpa Henry died when you were three, but what’s your perception of him?

Jordan: I’ve heard so many stories about Henry from customers, friends, family and sometimes just randomly. There’s no saying how these stories will find me. My perception is really simple, that he was larger than life. He had this big, huge personality and he was magnetic, and he stood for things that were good and right. Every story leads back to that. And when I think about that, I’ve very proud to carry it forward in some way.

Do you feel the pressure?

Jordan: Of course, and I’m third generation too! The pressure’s always there to live up to a certain level of greatness.

Fred: I chose to try to differentiate myself to have my own identity and personality and influence on the business. When I started, all the products we were selling were Canadian-made, but we found Hugo Boss in 1972 – the first in North America. We were the first in Canada to bring Armani. We had to interview for Prada and it was like we had to go speak to the Pope to sell us something.

Why did you decide to go high-end?

Fred: Because it was what I liked. We used to do mainstream, but that was the market then. When I was a kid, if you saw a Cadillac drive down the street you’d say “Well, there goes Dr. So-and-So” because there were three in town. Now, there are three in the parking lot beside my car. The world’s changed.

If you’re building a wardrobe, what are the three most essential things you should have?

Jordan: If it’s a work wardrobe, you’re going to need either a charcoal grey or a navy suit for the versatility – it’s an absolute staple item; you’re going to need some really simple white and/or blue shirts, probably devoid of any pattern; and you’re going to need one simple tie that can work with anything. And if you want to start layering on top of that, you’ll need the perfect pair of blue jeans, the perfect cotton pants – like a chino – something that breaks up the navy suit and turns it into a blazer jacket, and then all the same shirts and ties still apply. You’ll be good to go.

Thing on a day off: Working out

How do you find the perfect pair of blue jeans?

Jordan: I start with them when they’re raw, work them in and break them in to customize to my stress points. They’re the perfect fit because they truly have moulded to my body.

How do you dress at home?

Jordan: I like interesting loungewear – I know that’s funny to say, but there are specialized and really cool loungewear ideas, like large loop terry shorts that are very soft with a terry tee. It’s like a jersey fabric that’s super soft and spongy and comfortable, but also stylish.

Fred: I love my Prada driving shoes – they look like moccasins – with no socks, a nice pair of slim denim or chinos and with a polo shirt – a Lacoste, Boss or Armani polo. I have like a hundred. There’s big space in my closet for polo shirts.

Jordan: A lot of warm grey tones as a base. For patterns, polka dots and dog’s-tooth checks. Colours: All the shades of blue, deep plum and cherry tones, and also greens.

What trends have you seen with suits?

Jordan: Suits are getting more fitted, even trimmer, and shorter. The direction continues to be a shorter garment – not just on the cuff of your shirt to show more sleeve length, but the jacket length of the body and the length of the trouser. Obviously in the spring and summer you’re going to wear it a little bit shorter, but in the winter we’re seeing it go shorter too, because of the fun that’s to be had with sock patterns and the trend in shoes has gone more boot-style.

Fred, are you following the colourful, playful socks trends?

Are you a more conservative dresser?

Fred: Yes and no. I like a slim trouser, slim suit and a lot of modern shapes, but I don’t wear much colour or pattern. I like the new unstructured sports coats because they’re easy to wear with a pair of chinos or denim – dress ’em up, dress ’em down. The new jacket is really a bridge between your suits and your sports wear.

12% Watching the Games daily
21% Flipping it on here and there
24% Not nearly as interested as past years
24% Not interested
19% Wait, the Olympics are happening right now?
Current Results