A couple's love of cooking helps shape the design of their custom-built house in Glenora.
By Carissa Halton | November 11, 2013

Four years ago, a menu travelled from the tabletop of a trendy mozzarella bar in Rome to the wall of Andrew and Viji Nataraj’s Inglewood kitchen. It was before they were engaged. Before their son was born. Before they had even considered building their 3,600-square-foot modern home in Glenora.

The menu’s centrefold is slightly torn and grease stains hint at the many fine meals and bottles of wine it has seen. Like a guardian of good times and good food, the framed menu overlooks their new kitchen’s three open shelves filled with cookbooks.

“This is the most important room in the house to us as a couple. We are obsessed with food. We cook together all the time,” says Viji.

“In fact, we measured the space in our old house and designed it so we could pass each other comfortably: It’s a corridor for two people,” adds Andrew.

The kitchen is open to the living area on the main floor and sits in the heel of the L-shaped space. White cabinets are broken up by a glass backsplash that has the faintest hint of aqua blue. Swirls of grey add depth to the white quartz counters. Lit by indirect sunlight and direct light from the 10-foot-high ceiling potlights, there are two prep areas, a quartz-topped centre island and cupboards customized to hide any kitchen clutter.

They spend most Sundays in this space choosing recipes, gathering supplies and finally, preparing meals. “Andrew loves to cook the most unusual meats. So I know that if there is rabbit at the store, we’ll eat that,” says Viji.

Stuffed eggplant, Lebanese style, and sea bass with truffled cauliflower puree have become favourite menu items. They’ve spent the day with the hand-crank pasta maker and taken two days to prepare chicken in a special brine. With the guidance of a cookbook from American chef David Chang’s legendary Momofuku restaurant, Andrew successfully produced ramen (so labour-intensive that he felt a little disappointed when it came to eating it). “We often look around at 10 p.m. The place is covered in flour and food and we wonder where the day went,” says Viji with a satisfied look.

Their favourite meals end up in their family cookbook with titles like, “So good, it’s baaaad roast leg of lamb” and “Even better when you are pregnant buttermilk panna cotta.” The “In-your-face cake batter” recipe already has a decent dusting of flour.

When the Natarajs started looking for a new home, they were of the same mind: They wanted a modern home. “At the time we were looking, there weren’t a lot of modern houses – though now there are, which is an interesting change in Edmonton’s housing market,” says Viji. The lack of inventory led them to build and three years ago, on the day of their engagement party, they purchased a large lot in Glenora.

While Andrew is a neurosurgeon by trade, he “designed the bones of the house,” and then his friend, Jim Argent, a hobby architect, “finessed it,” he says. Viji, a former school psychologist who now stays home with her son, contributed with a constant stream of pictures mined from magazines and their regular travels and hotel stays.

The finished product is exactly what they imagined. “I went through the old books of images that I liked and collected for this project,” says Viji, “and, if you put it all together, it really does look like our house.”

Their final layout is etched in the frosting of the extra-wide, German-engineered front door. The entry hall leads into the main living space where five elements repeat throughout the interior and exterior design. Glass, steel, cultured stone, quartz and wood all accent a sea of white that bleaches the walls, coffered ceilings, furniture and kitchen cabinetry.

The magic of this space lies in its openness to the Edmonton sun. It pours through the walls of windows, clerestories and glass railings.It bounces off the steel stairs (a feat of brilliance by iron work artisans, Hammer & Forge: A long sheet of steel is folded like a paper fan into risers and treads). It refracts from mango-sized, Italian Terzani crystal pieces that hang from the entrance’s ceiling like raindrops. The columns of cultured stone and dark Brazilian hardwood then absorb the yellow light, radiating energy long after the sun sets.

The open concept design of the main floor living space is intended to bring back the art of conversation. “Instead of gathering to watch TV,” Viji says, “we wanted people to just come over and talk.”

In the centre of all the conversation during the Natarajs’ wine-pairing nights and family gatherings is a custom-made table by Urban Concrete Countertops and Design. The top is two-inch thick concrete inlaid with a live edge slab of black walnut. The longitudinal cut uniquely exposes the wood grain. If viewed from above, it’s landscape art: A relief of the foothills. Close up, the grain offers hours of shape finding: The face of the Grinch, a stylized map of the boot of Italy, hearts. This heavy top rests on a steel C-shaped support that is further braced by a thin piece of steel.

“It’s so heavy that now it’s set – this is where it will stay forever!” says Viji.

Recently, they were away for two months. When they returned, their 20-month-old son, Avan, ran around ecstatically. As Viji unwound from a day of travelling, she realized that she felt something she hadn’t felt in a long time: “I was home.” 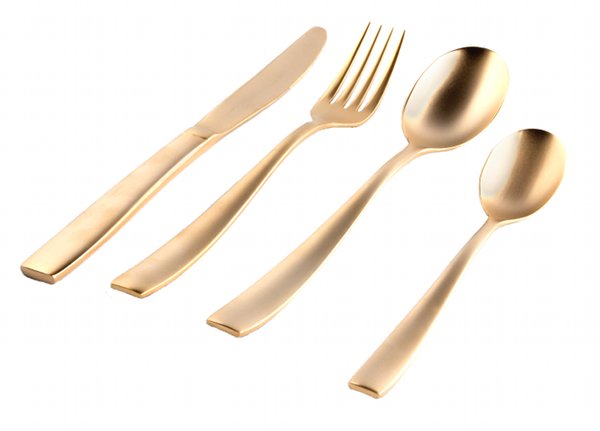 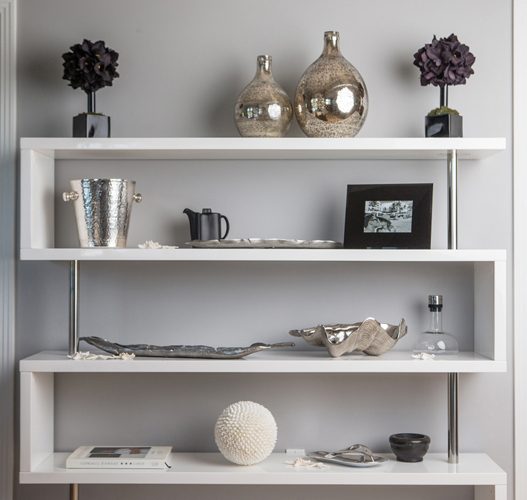 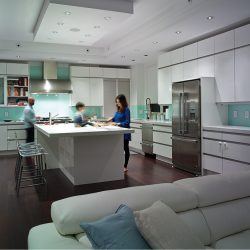 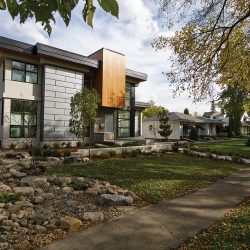 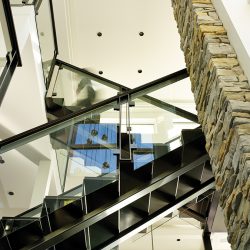 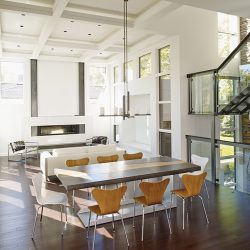 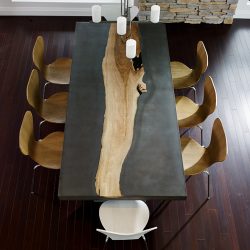 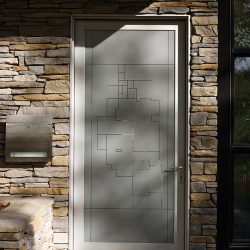 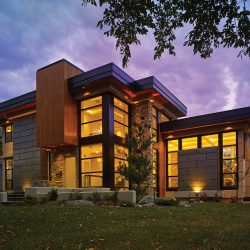