Not Another Skinny Infill

This new build in a mature neighbourhood is not like the others.
By Cory Schachtel | April 13, 2021 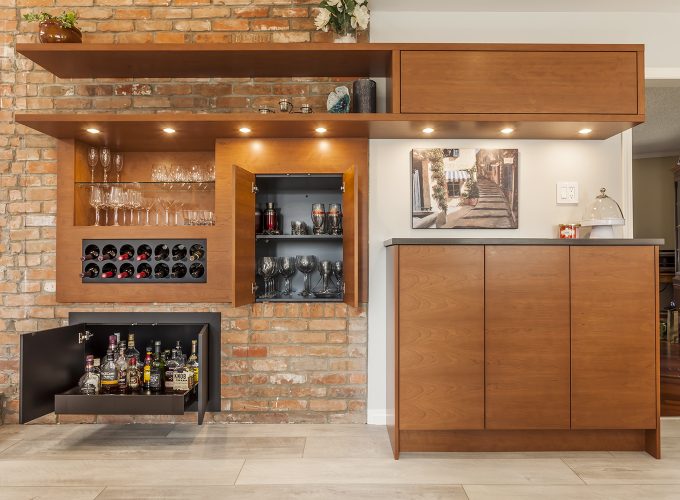 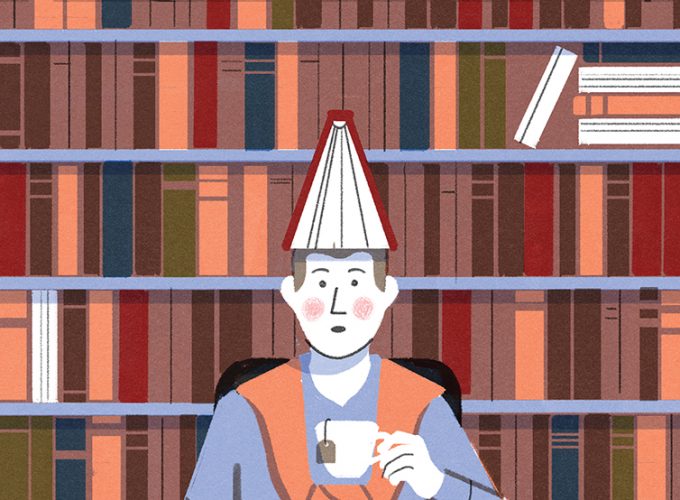 Style Zoom With a View Your Zoom background says a lot about your personality (or lack thereof). Read More 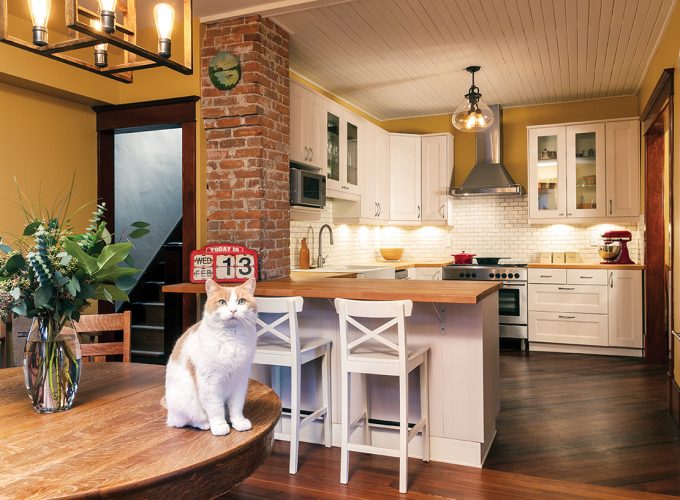 There’s a certain magic to old neighbourhoods, where mature trees shade streets lined with old houses, no two of which look the same. They’re places where neighbours don’t just wave politely when they happen to arrive home at the same time — they go out of their ways to talk and get to know each other. Block parties are (or were) a thing.

Whether these communities attract or breed extra-friendly people, it’s no wonder they feel protective of their neighbourhoods and cast sceptical eyes when someone new comes in and knocks an old home down. So it helps if you already live there.

Since 1994, Brian Thomson has lived in the northeast corner of Old Strathcona, between Nellie McClung Park and Mill Creek Ravine. Two years later, Jenny Wilson moved in a few blocks north. They started dating in 2013 and, in 2019, decided to move in together. But they weren’t in any rush, and they weren’t looking to move far. “We looked on the other side [of Mill Creek Ravine], but this is the best side,” Thomson says with a smile.

“Timber Haus had an open house over in Bonnie Doon,” Wilson says, “and I said let’s go and just sit in it, and see how we feel about a new house. We went in there and thought, maybe we should look into building. Brian already owned this place, and we both love the neighbourhood. So, the next week, I talked to John Wilson [from Timber Haus], we put a deposit and things just went into motion.

The first motion was to knock down Thomson’s tiny bungalow, which had stood since 1950. Only six months later, the two-storey, all-black exterior home, featuring shou sugi ban siding — a Japanese technique of burning the surface of wood to preserve it — replaced it. “We went back and forth, and there was a running bet going in the neighbourhood on whether the house was going to be black or white, because we didn’t tell anybody. So they were waiting for the first piece of siding to go up to find out.”

One thing the couple didn’t want was a skinny infill. A front porch was important, as was a matching black garage. But who needs a sprawling backyard when Mill Creek Ravine’s seemingly endless trails are only steps away? (Certainly not Ginger, the couple’s Labrador retriever.)

Inside, hard ash floor grounds the mostly white (for now) walls. And while the main floor isn’t divided into rooms, they didn’t want to follow the completely open concept trend, so the kitchen sits around the corner from the living area in an L-shape design.

“The worst layout to me is where your kitchen takes over the living space,” Jenny says. “It’s not separated, it’s not special, and kitchens should be special.” This kitchen is big, or at least feels big, with its great wall of cabinets opposite a gigantic, backyard-facing window, and a massive island in between. “And there’s no sink or stove in [the island], so no crap collects on it,” Jenny, the resident baker, explains.

Another must was having a spacious en suite bathroom with a big shower and a soaker tub sitting next to another giant window — the blinds roll up from the bottom, but “I may have gotten up too fast and given the neighbours PTSD at some point,” Thomson laughs.

If the neighbours mind, they haven’t mentioned it, and they’ve had plenty of opportunities thanks to a curious feature on the fences lining two sides of the yard — each one has a piece missing. Thomson designed them that way to facilitate conversation with their “very chatty neighbours,” but says they’re of course free to board up their side, with no hard feelings, if they want.

“I doubt they will,” Jenny remarks. “I saw you out there chatting… and drinking tequila.”

“What, were you spying on us?” Thomson smirks.

“No, but I noticed the missing tequila.” The pair give the impression that the structure itself is secondary to the company its location allows them to keep. “I didn’t feel settled at first, and I don’t know why,” Jenny admits. “But it seems like the longer we’re in the house, the happier I am here. Any morning, you can walk outside with your housecoat and your coffee, and there are people out ready to chat with you all the time.”

This article appears in the April 2021 issue of Edify. 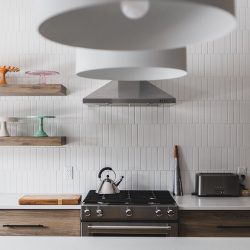 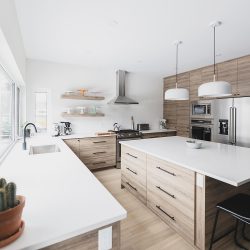 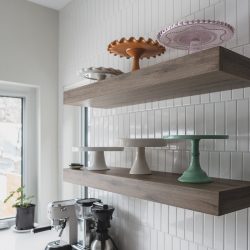 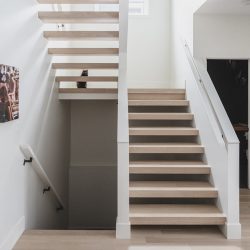 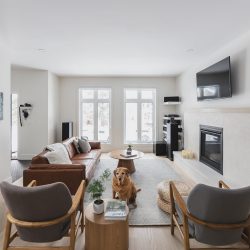 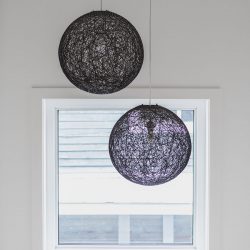 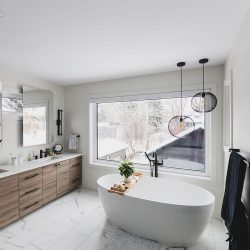 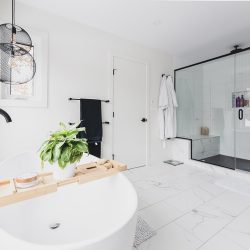 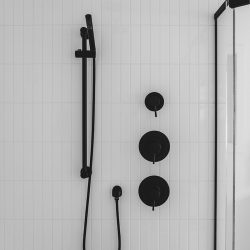 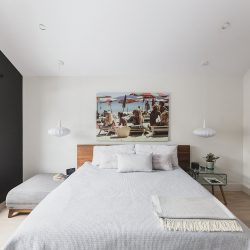 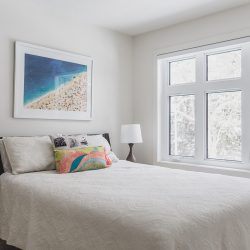 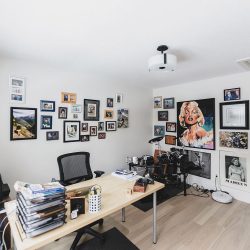 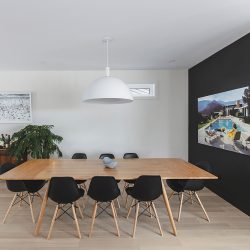 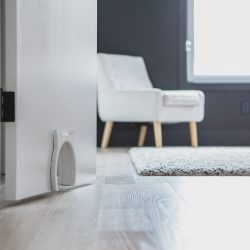 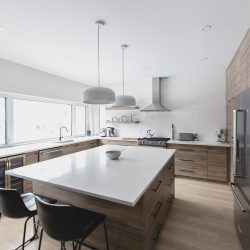 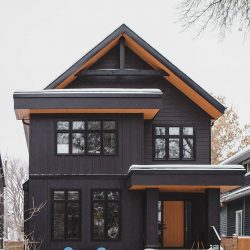