Vancouver to Kamloops to Jasper: Two Days Aboard the Rocky Mountaineer

The Journey Through The Clouds trip by rail from Vancouver to Jasper allows guests to sit back, relax and take in views of the Rockies you just can't see from a car.
By Anne Georg | July 8, 2016 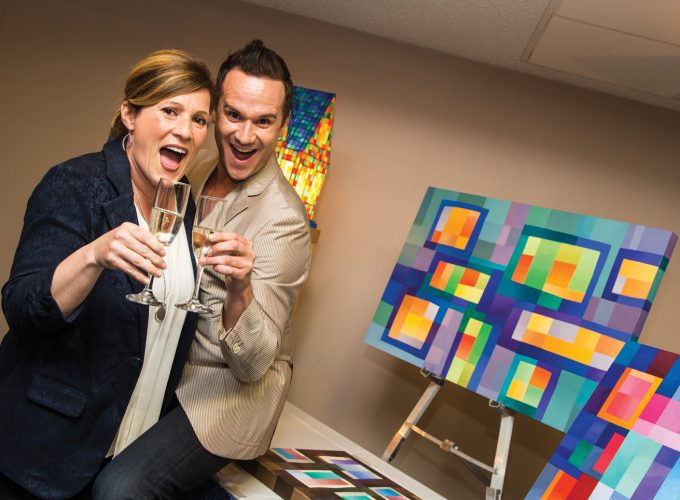 People Party Crasher: Partying With Pride Movers and shakers were shaking it and moving it with community leaders at this year’s festival kick-off. Read More 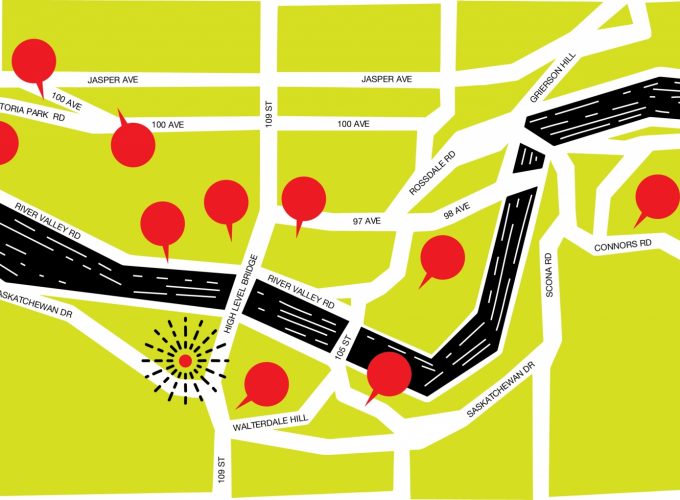 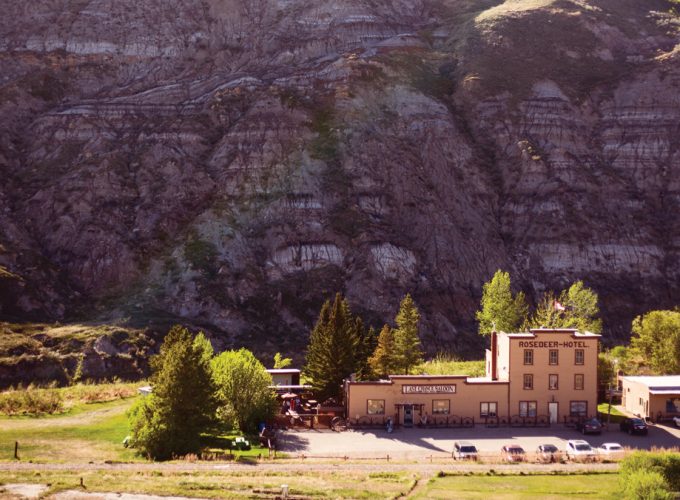 ALL PHOTOGRAPHS COURTESY OF THE ROCKY MOUNTAINEER

The Zen of luxury train travel lies in surrendering to the languorous pace. Once on board the Rocky Mountaineer all that’s required of you is to sit back, relax and say “yes” to everything.

Journey Through the Clouds, a popular route the company has offered since 2005, is the consummate Western Canadian passenger train voyage. Beginning in Vancouver, the Rocky Mountaineer’s train rolls out through the lush Coastal Mountains, along dramatic canyons and through the barren, desert-like terrain near Kamloops, before entering the monumental Rocky Mountains to the end destination of Jasper.

The rail trip extends over two days, with an overnight stay in Kamloops at one of several partner hotels. Two tiers of service are offered: SilverLeaf guests travel and dine in a single-level domed car, while GoldLeaf guests travel and dine in a custom-made bi-level car with a private dining area on the lower level and a viewing dome upstairs. There’s also a GoldLeaf Deluxe distinction for GoldLeaf travellers who want larger hotel rooms with superior views.

The number of rail cars in each train is dependent on the number of guests. During the summer high season, the trains can run up to 20 cars, though, on average, the trains have around 15 cars, including locomotives, stock cars and generator cars that convert diesel fuel to power.

The start of the train trip

Guests are welcomed aboard with a toast.

From the moment you step on the train, your every need is met by solicitous hospitality staff, for whom the comfort of guests is paramount. Their charm and good humour set the tone for the entire trip.GoldLeaf guests have appointed seats in the upper-level dome, which features windows that run the length of the car, curving over the roof to provide unobstructed views. Guests can enjoy the complimentary bar in the dome car as they become acquainted, leaning over their seats and socializing in the aisles.

The Rocky Mountaineer is a natural vacation choice for railway fans – the type who have a love of locomotives flowing through their veins. You’re likely to hear more than one such passenger refer to this rail adventure as being on their “bucket list.”

Many Rocky Mountaineer guests these days are from the United States, taking advantage of the lower Canadian dollar. You’ll also encounter a number of international tourists – mainly from the United Kingdom and Australia – as well as photographers, multi-generational family groups and honeymooning couples.

GoldLeaf guests move between the upper-level dome and the windowed dining car below via a spiral staircase. At the rear of each car is the vestibule – a covered platform, exposed on three sides, where photographers wait for the money shot: multiple cars winding around a corner, mountains on one side, lake on the other, sun beaming down from above.

Every so often, the intercom system announces landmarks such as Hell’s Gate in the Fraser Canyon or the stunning Pyramid Falls in Jasper National Park as the train slows so you can savour the kind of scenery you don’t see from the highway.

Dining on the Rocky Mountaineer

Guests of the Rocky Mountaineer eat breakfast and lunch on the train, with dinners taken independently on terra firma (an optional meal-plan upgrade is available to cover that cost). The meals are served in two shifts. GoldLeaf guests are given warm, moistened face cloths to freshen up prior to descending to the dining area.

A crew of chefs prepares the meals in galley cars (three chefs for the GoldLeaf guests, two for SilverLeaf guests). The menu features B.C.- and Alberta-grown produce, as well as B.C. beers and wines. Passengers might sip a crisp Sumac Ridge chardonnay with a seared albacore tuna entree while chugging along the Fraser Canyon, or enjoy a Canadian Angus beef burger paired with Whistler Brewing Co.’s Whiskey Jack Ale while rolling through the Rockies.

Just before sunset on the first day of the trip, passengers disembark onto a (very short) red carpet and into a waiting coach that transports them to their hotel accommodations. An anxious traveller might worry about their luggage. No need. The Rocky Mountaineer has arranged to have it waiting in your room. Likewise, guests leave their luggage in the room the following morning and can rest assured it will be waiting for them at the next hotel.

The end of the line

Riders enjoy the scenery from the vestibule platform at the back of the GoldLeaf dining car.

On the second day of the Journey Through The Clouds, the Rocky Mountaineer pulls away from Kamloops and makes its way through the rugged alpine terrain of the Rockies. All eyes search for wildlife as the train enters Jasper National Park, eventually coming to a stop in the town of Jasper.

There, passengers disembark to waiting coaches that take them to the elegant and historic Fairmont Jasper Park Lodge. The length of stay at the lodge depends on the package – most include at least one night, while upgrades are available to stay longer. It’s definitely worth it to extend the stay in order to take advantage of the 700-acre grounds, where you can take a leisurely walk on the shores of picturesque Lac Beauvert or paddle the tranquil lake in the summer months.

The Lodge operates a frequent shuttle into town, where you can browse the charming shops on the main street, and either stay in town to dine or return to the lodge.

Aerial view of the train approaching the town of Jasper, the end point of the trip.

The denouement for Calgary-based guests of the Rocky Mountaineer is a luxury coach trip from Jasper back to the city via Highway 93 (a.k.a. the Icefields Parkway), which offers world-renowned views of dramatic peaks, glaciers and wildflowers. The journey concludes in downtown Calgary, seeing guests off with the same level of service at the end of the trip as they enjoyed when they first climbed aboard.