#YEG: Learning To Read The Signs

This writer teaches her daughter to read the downtown landscape.
By Jodie McKague | October 2, 2016

My daughter learned to read by sounding out the letters on buildings we passed on our daily commute downtown. It was a trick I invented to teach her to pay attention to the neighbourhood in which we lived and, selfishly, an attempt to make it home from errands to the library or grocery store without having to endure the broken record of “Are we there yet?”

The game was simple. We’d hunt for letters and sound them out.

L-R-T was one of the first and easiest “words.” Likely she picked it up during our ritual of sprinting to catch the train to school most mornings, though it took her a while to comprehend that certain groups of letters: Y-M-C-A, B-M-O, T-D, C-B-C, for example, were acronyms and should not be sounded out as proper words. Other confusions came after routine visits with the cat at the Wee Book Inn. On the cold walks home, I’d have the difficult task of explaining that despite their identical twin sounds, “wee” was not the same as “we,” just as “inn” had a totally different meaning from “in.”

C-R-E-D-O was a fun one to sound out and an equally fun place to visit. Besides being a spot we frequently ran into friends, my daughter knew it as the place to come for help if she ever got lost in the neighbourhood.

B-A-R B-R-I-C-C-O we liked to read aloud with Italian accents while waving and blowing kisses to her auntie serving patrons at the bar behind the window. Down the street was R-E-M-E-D-Y where my daughter ordered B-U-T-T-E-R C-H-I-C-K-E-N and left perpetually disappointed because of the permanent O-U-T O-F O-R-D-E-R sign on the giant gumball machine.

M-C-D-O-U-G-A-L-L U-N-I-T-E-D C-H-U-R-C-H was the place she performed with her classmates every Christmas. Right next door was M-A-C-E-W-A-N, where she went each week to practice her violin.

The more she learned to read, the more questions my daughter would ask.

Then on a walk home from her downtown school. Mom, why do so many apartments say A-D-U-L-T O-N-L-Y? Because some people are afraid of children. But that’s just silly. You’re right. Well, then someone should really take down those signs.

Jodie McKague is a writer, mother, cultural observer, community advocate and a founding member of the Child-Friendly Housing Coalition of Alberta. 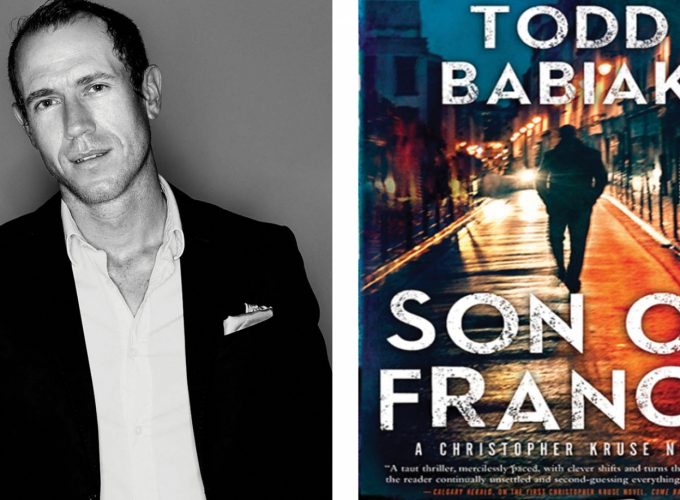