Nap Pepin uses his technical knowledge to craft a wine cellar worthy of a mad scientist
By Shauna Rudd | July 2, 2013 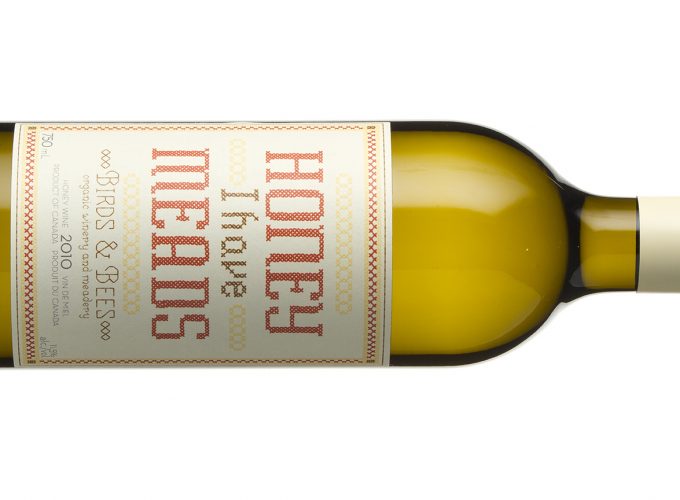 Speaking with Nap Pepin, manager of operations support at Atco Electric, it’s hard to shake the vague impression of Emmett “Doc” Brown, genius scientist and creator of the DeLorean Time Machine in Back to the Future.

It’s not that he embodies the frenetic characteristics – and he certainly doesn’t look like the Doc – but some parallels are impossible to ignore. Pepin has a brilliant technical mind, and you get the sense that it’s often in overdrive as intelligent explanations tumble out of him while striving for a pace and level suitable for the technically impaired (read: me). That, and he, too, devised a futuristic-looking electric vehicle: The Lithium Hawk may not be capable of time travel (yet) but as Pepin explains with a note of excitement, “It’s super-efficient and is fully certified for legal driving.” (It was featured in Popular Science about a year ago.)

So, what drove this science guy to switch gears from designing electric vehicles to crafting a wine cellar? First and foremost, he built it for his wife. Pepin explains, “My wife was becoming more interested in wine as a subject. She’s far more educated in it than I am; she knows the grapes, the regions. I just like to build things.”

In a twist of serendipity, you could say the terroir of their property also had much to do with it. When the couple began the process of building their house in Sherwood Park, they chose a plan with an above-ground, walk-out basement. But the lot they actually built on was sloped, which resulted in a small, 56-square-foot room that partially exists underground and is naturally cooler, creating the ideal conditions for a wine cave.

The final sign of encouragement materialized in the form of slightly damaged kitchen cabinets that the installers had left in their garage. “They’re alder, but they look like cherry wood,” says Pepin. “I saw this as a great opportunity to utilize those in a wine cellar – this might have sparked my interest in it, actually.”

So Pepin set to work. He drew upon cabinet refinishing skills gleaned through his former hobby of restoring antique radios encased in elaborate cabinetry. “I founded the Canadian Vintage Radio Society, and through that, I learned about refinishing – I was taught by an expert antique piano restoration company.”

The cellar cabinetry and racking is all custom-built. He incorporated parts from the extra kitchen cabinets into the design and constructed additional racks from birch and maple, which he stained the colour of cherry wood to match. Pepin was careful to include several racking types for maximum flexibility in storage: Some cabinets are slotted to hold individual wine bottles, and you’ll find the couple’s top-shelf vintage wines stored here on, well, the top shelves. There are diamond-shaped cubbies that hold up to 10 bottles each; and floor-to-ceiling, open-box style cabinetry was made especially for cases of limoncello and Prosecco.

Pepin explains that when you build a house, the builder comes back periodically to see if there are issues that need resolving. So on one of these visits, Pepin showed him the little room that seemed destined for simple cold storage. “When the builder saw what I’d done, he said that I’d built more than $10,000 of racking and wine storage because that’s what they would have charged. He said it looked as though they had done it.”

Other features include undermounted cabinet lighting and ceiling halogens, attached to a dimmer box stored in the ceiling, to enhance the ambience of the room and bring out the richness of the wood. Pepin also installed the concrete cast-stone tiles on the feature wall and laid the slate flooring. But when it came time to put in the temperature and humidity controls, that’s when the real fun began for this electrical technologist.

“I didn’t want to spend a lot of money on that, because I felt I could do it. It costs about $3,000 to $5,000 for a wine-cellar-grade cooler, and I’m not sure if they have humidity functions,” says Pepin. His version starts with a window air conditioner (purchased for about $180), which he installed in their service room. He then built a manifold off the front end and attached an insulated duct that ports cool air into the room. So far, so good.

But this on its own would be too cold for a wine cellar. No problem. “I modified the electronics of the air conditioner so that it would operate at a lower temperature than it was designed for,” explains Pepin, “and I removed and remotely located the thermistor [a temperature sensor] to the wine cellar, which allows it to temperature track.” The system keeps the room within about a half a degree of 15?C, which is the midway point between the optimal temperatures for whites (13?C) and reds (18?C).

That’s fine for the summer, but in winter the cellar needs a bit of heat and humidity to keep it within a 50-to-70 per cent humidity range. Pepin’s fix would make MacGyver proud. “I built a humidifier. It looks like it’s metal but it’s actually made of wood, and inside is a 20-inch rectangular plastic flowerpot and a thermostatically controlled, 1500-watt hairdryer that’s strapped and hard-wired in.” He also used wicking plates from a house humidifier and installed a thermostat to the outside of the unit so it automatically cycles on when the temperature in the room drops below 15?C. “There’s more temperature variation with this unit – maybe one, one-and-a-half degrees – but it’s pretty accurate overall. It tends to put out the right amount of humidity,” he says.

Though undoubtedly clever, it does beg the obvious question: Why not simply buy an inexpensive humidifier? Pepin responds as any genius scientist would: “Oh. Now, why did I do that …” he wonders. The answer hits him. “I wanted heat and I wanted humidity, and you can get humidifiers that produce a lot of humidity with some heat, but you can’t get one that produces a lot of heat with a little humidity. I just needed this different ratio.”

To deal with this added humidity is a “passively ventilated roof,” which means that it’s vented to the outside via an attic-like space above the ceiling. This is possible because right above the wine cellar is a deck off of the master bedroom, allowing the cellar ceiling to operate like the main roof of a house, even though it’s in the basement. Pepin notes, “You don’t get any condensation because the roof is breathing.”

The project may have been brought to life with mismatched components, electrical tinkering and no shortage of jerry-rigging, but this is no Frankencellar. The home-built humidifier is (and looks) very professional in gunmetal grey and the wine cellar itself is very tastefully done. “I like the colour of the wood, the lighting – just the richness of it,” says Pepin’s wife, Leslie. “It looks like what I would envision a winery to look like.”

The cellar holds 600 bottles but Pepin notes, “We’ve let the stock deplete to critical levels. My wife will say that we’re pretty much out of wine if we have less than 30 bottles.” She’s since lined the shelves with rows of Rioja – Baron De Ley Rioja Reserva (2004) to be precise, along with other favourites such as L’Ecole No. 41 Columbia Valley Cabernet Sauvignon (2009) and Constanti Brunello di Montalcino Tuscany (2004 or 2006). But Pepin points out that there’s also a little spot carved out for imported beers. When asked if that was his idea, he laughs. “Yeah.”