The Expert: What I Know About … Making Beer

Everything there is to know about making a nice, cold brew
By Eric Silver | July 1, 2014 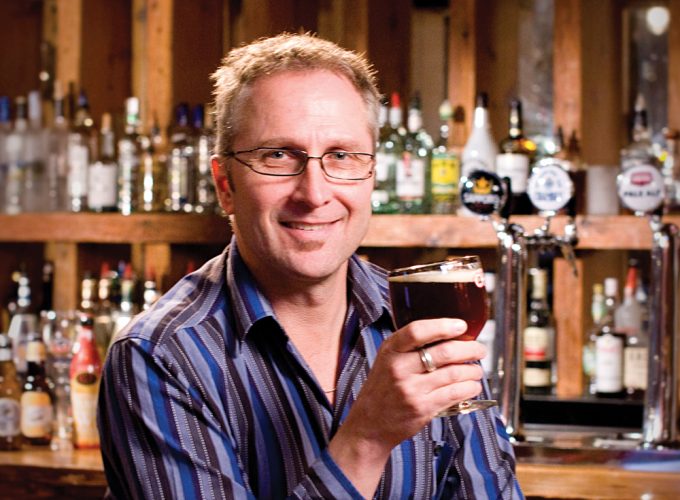 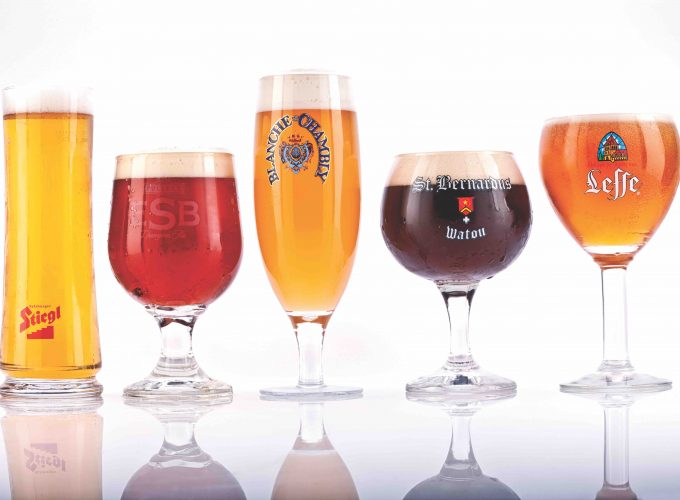 He began brewing professionally in late 1994, and the first batch was on store shelves by January, 1995. Now, Alley Kat’s distribution reaches as far north as Hay River, Northwest Territories, and as far east as Seoul, South Korea.”Generally speaking, out of the brew house, we brew 2,500 litres. That goes into a tank that holds roughly 5,000 litres. We brew twice in a day to fill that tank. That seems like a lot, and it is, but, if you talk to Labatt, they probably spill that much in a day.

-“Over the years there have only been a handful [of batches] that we’ve dumped. But certainly if something goes south with it, it goes to drain. There’s nothing you can do about it. But, we’re very careful. You don’t want to waste anything [laughs] .

-“From the time we brew to the time it’s ready to go out to the consumer, depending on the beer, is roughly two weeks. In the case of a lager, it’s a little over a month.

-“There are a couple of stages to making beer. You start off making the wort, which is the unfermented beer. We take malt, which is barley or wheat that’s been sprouted, dried and cleaned, mill it, crush it, then make a mash out of it by adding water. It’s almost like a thin porridge.

-“When we talk about maltiness we talk about the taste and flavour of malts. Those little orange and black candies you get at Halloween or malted milk – kind of a grainy, sweet flavour, slightly bready. Hoppy beers tend to be herbal, maybe slightly floral. They’re often citrusy – especially local hops. The hops in Western North America tend to be quite citrusy. And that adds bitterness to the brew.

-“Enzymes in malt convert the starches into sugars, which are the fermentable part of the wort. To get those enzymes to produce those sugars, we need to have very strict controls on the temperatures. All our vessels in the brew house are steam-heated, so we can control the temperature quite precisely.

-“We run it through a heat exchanger, which uses cold Edmonton city water. Places in warmer climates have to use refrigeration. Here, we can just use cold water. We end up with cool wort, which is somewhere in the neighbourhood of 18 to 20 degrees Celsius for an ale. Then it goes into a fermenter, which is jacketed – we circulate a cold glycol mixture in this hollow jacket. We want to crash cool it (as close to zero as possible) to get the yeast to sediment out.

-“The yeast settles to the bottom of the tanks and slides down these cones and rests on the bottom. We pump the beer that’s sitting on top of that layer of yeast out with a racking arm, as opposed to a draining spout at the bottom. Then we filter it as well, to get rid of any residual sediment.

-“Between every batch the tanks get cleaned. A brewer will take an empty tank, clean it and sanitize it before putting in the wort and pitching the yeast for the next batch. Once that’s full and ferments out, we’ll filter it, then that tank gets cleaned and sanitized again. There’s an old joke: A brewer’s job is 10 per cent brewing and 90 per cent cleaning.

-“Writing beer recipes is like writing any recipe. If you’re familiar with the ingredients, you have an idea of what it [the finished product] is going to taste like, so it’s just a matter of tweaking it [the recipe] . Usually we come pretty close to what we want off the get go. We didn’t do a lot of iterations or test batches for the grapefruit; we nailed what we wanted pretty early on. And yet Scona Gold took an immense number of test batches, so it varies.”