Editors' picks for a satisfying broth.
By Edify Staff | January 1, 2015 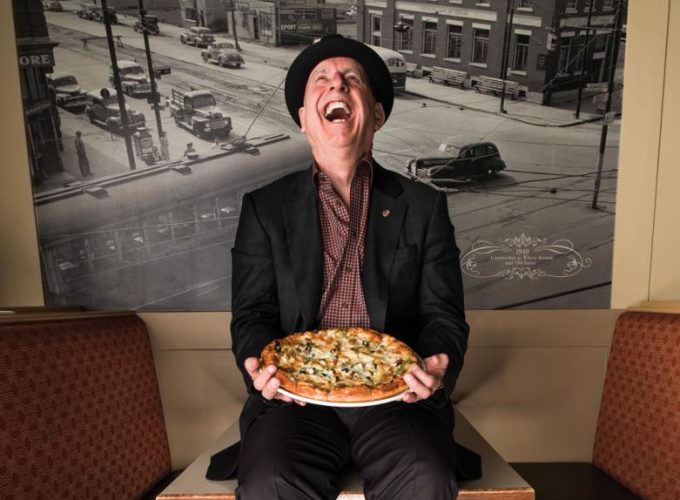 Food 25 Favourite Things to Eat Presenting 25 prominent Edmontonians and why their favourite dishes are so important to them. Read More 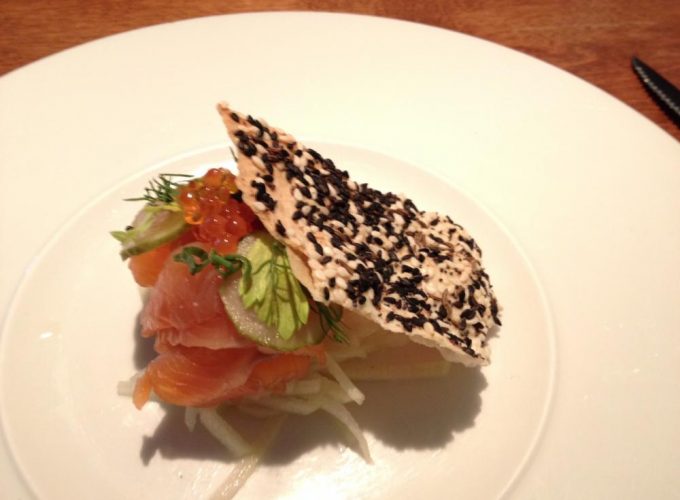 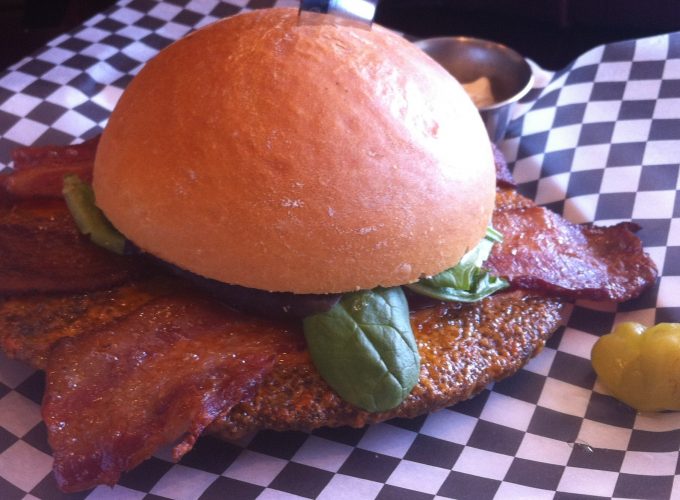 Food Diamonds in the Rough Almost more meat than one man can handle. Read More

It’s cold out. You forgot to plug the car in and had to shiver at a bus stop. You’ve come home to snow-shoveling duties for the last four nights in a row. You still haven’t taken down the Christmas lights.

So, what better comfort food than a bowl of soup?

The Tom-Yum-Ga-Tee at Boualouang has got it all; just enough heat to build a sweat, but not enough to overpower you. It has full button mushrooms, cherry tomatoes, chicken slices and a beautiful lemongrass aroma that’s a perfect Asian-inspired tonic for the winter blues.

If you order the full size, it’s good enough for a meal. The mixture of coconut and tomato gives a mix of sweet and savoury, and the spice builds slowly. Take it easy – by enjoying it slowly, you won’t allow the heat to overpower you.

The mushrooms are perfectly done; they haven’t been turned into mush by sitting too long in the hot broth. The chicken is tender and inherits all the wonderful flavours of the coconut, lemongrass, tomato and peppers.

You can try the option that doesn’t have the tomatoes; it comes as a white, milky broth rather than the bright red of the Tom-Ga-Tee. But, to me, the cherry tomatoes floating in the red soup are a must.

As well, if you’d rather go with seafood than chicken, the soup also comes with the option of shrimp as the main protein.

But, for a dish that blends sweet, savoury and spice, you might not find anything better than this. -Steven Sandor

Need to clear your sinuses? Korean pork bone soup may be the tonic.

For $33, the large portion feeds at least four – even though our server says it’s good for two people. Really, how much soup do the restaurant’s patrons eat? We have four people at the table, and we can each ladle out multiple bowls for ourselves

Five pork bones, with meat still hanging off of them, give the broth its delicious base, and the chili peppers bring the heat that isn’t overpowering, but will give the diner a chance to work up a bit of a sweat. It is a hearty soup – one that’s substantial enough to replace a meal.

Potatoes, mushrooms and zucchini float in the broth, and it’s topped with fresh green onion, zucchini, carrots and cabbage before it’s brought to the table. We pair the soup with a full order of fried chicken, and it’s maybe the best we’ve had in the city. The skin is crisp, and there isn’t a greasy finish. The fried-chicken and soup trend starts here, folks. -S.S.

Goulash Soup at the Bauernschmaus

The Bauernschmaus serves a purist’s Goulash soup. At first glance it’s deceptively simple – just beef, potatoes, onions and broth. However, once you taste it, you realize that’s all you need for the perfect goulash. With every component impeccably cooked and seasoned, the ingredients combine to create incredible flavor.

The beef is so tender it falls apart with a mere nudge of your spoon, and there’s a generous amount – enough to satisfy any carnivore. There’s none of that watery red broth that many try to pass off as goulash; the thick and hearty stew is a rich, deep reddish-brown with a depth of flavour that suggests it’s been simmering for hours. The combination of spices creates a slow burning heat that lingers, expertly tempered by the potatoes and ribbons of white onion cooked until translucent.

It’s available in two sizes, but fair warning – you’ll regret getting the small. Take a hint from the restaurant’s name, which translates to farmer’s feast, and dive into a large bowl. This hearty stew is the perfect solution for the cold winter months, and the underlying heat of the spices will keep you warm long after you leave the table. -Adrianna Szenthe

The Clever Rabbit Vegetarian Cafe serves vegan and vegetarian food that values flavour over anything else. It’s not about healthy salads and guilt; it’s about donairs, tacos and steak sandwiches. Co-owner and cook, Ashley Lee, proves you don’t need meat to serve comfort food. And for those who are looking to cut back on meat or dairy without forgoing some of their favourites, it’s a glorious thing.

When it comes to the soup, the same concept applies. All of their options are vegan and so far they’ve served chicken and rice, beef barley, roasted squash and cream of potato dill, to name a few.

My favourite, the vegan cream of mushroom, is a stand by and one that often graces the menu due to it’s popularity, says Lee. A vegetarian, herself, Lee manages to craft a hearty soup without cream, one of the usual main ingredients. Granted, the soup doesn’t have that thick texture usual of a cream-based soup, it’s more of a broth. But the flavour has that same heartiness, thanks to coconut milk, blended with a vegan broth, rice flour, parsley and onions.

It manages to have a distinctive flavour that makes it just as good, if not better, than it’s usual dairy counterpart. -Caroline Barlott

The first rule of dining at 97 Hot Pot: Do not wear clothes you will have to wear in public later. It’s more of an unspoken rule but, in a restaurant where every customer has a personal, boiling, pot of broth (complete with heat controls), the air gets a tad sauna-like. The room fills with steam, saturated with soup smell – and you can bet that the scent will linger in your wardrobe.

But that’s just the kind of (totally worth it) sacrifice one must make for the experience. And make no mistake; it’s a culinary experience everyone should try once.

First, pick your broth. For the price of $25.95, you receive a chicken broth base (other selections such as Mongolian lamb, Tom Yum Kung, Mixed Mushrooms and Truffle, Malaysian Curry and more, are $2.00 extra) and an unlimited selection of soup ingredients.

I go with the classic broth because half the fun is adding sauces and spices from the sauce counter to personalize the flavour. Then, order from an extensive list of ingredients, marking them on a papered list at your table. Quail eggs (depending on how long you cook them) provide a mini boiled-egg surprise; the ground pork becomes infused with all the flavour you’ve injected into your broth.

Vegetables such as bok choy, broccoli, green onions, potatoes, sweet corn, and more are always a welcome addition to a soup. Meanwhile the proteins and fungi can be plucked from the broth to be dipped in sauces (ranging from sesame, chili and soy, to peanut, and hoisin among others) and consumed all on their own.

With hot pot, it’s all about the options – even if one of them is leaving smelling a tad more delicious than when you entered. -Cory Haller