Sustainable from water to plate
By Tina Faiz | January 3, 2013

A plump fillet of salmon might leave a delicious taste in your mouth, but it often also leaves a mark on the planet.

That’s why chefs like Brad Lazarenko are turning the tide on unsustainable seafood by serving Alberta lake whitefish instead. “It’s strange that we are buying fish from the Atlantic Ocean when we have all this fish around us,”says Lazarenko, who has a no-ocean-fish policy for his Culina Mill Creek and Muttart locations. “It’s good for the local economy.”

Whitefish, with its blunt nose and forked tail, is a native species of Alberta’s lakes. The species’ numbers are government-monitored.

At Lazarenko’s Culina Mill Creek restaurant, Lesser Slave Lake whitefish has been an appetizer – served with saffron chimichurri – and an entree, poached in an orange and coconut broth. Now you can find it served with your choice of creme including anchovy.

Corso 32 has featured whitefish on their menu with an Italian preparation in the past. Chef and owner Daniel Costa says there’s a good chance it will return. Traditional Piedmontese bagna cauda (“hot bath”) is a warm garlic-and-anchovy dip for raw vegetables. Sous chef Ben Chalmers adds lemon to the bagna cauda, creating an assertive vinaigrette for his whitefish, served with fingerling potatoes and pistachios.

“We like the idea of a menu where as many of the ingredients are local as possible,” says Costa.

Chef Blair Lebsack takes that responsibility so seriously, he hosts Rge Rd., alfresco dinners at family farms around Edmonton. (He’s even planning on opening a restaurant by the same name, with the same local-food concept, in the old Blue Pear space.) Ingredients are grown inches from the table or come from nearby lakes, like his whitefish, which is cured for 20 hours.

“Whitefish are best in the winter,” says Lebsack. “The flesh is firmer, and they come out crisp.” 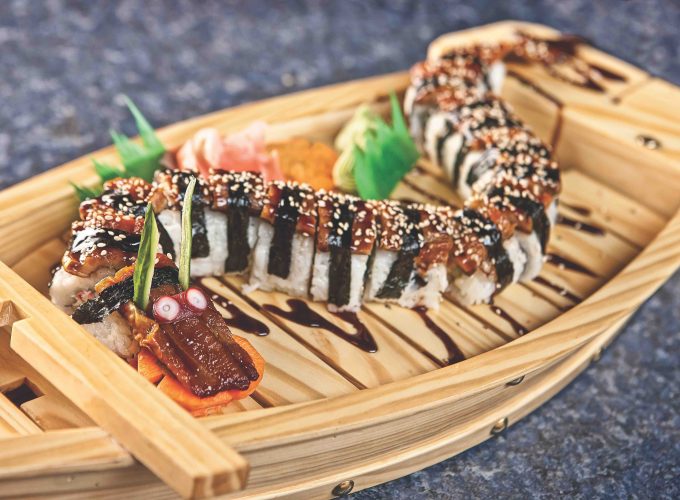